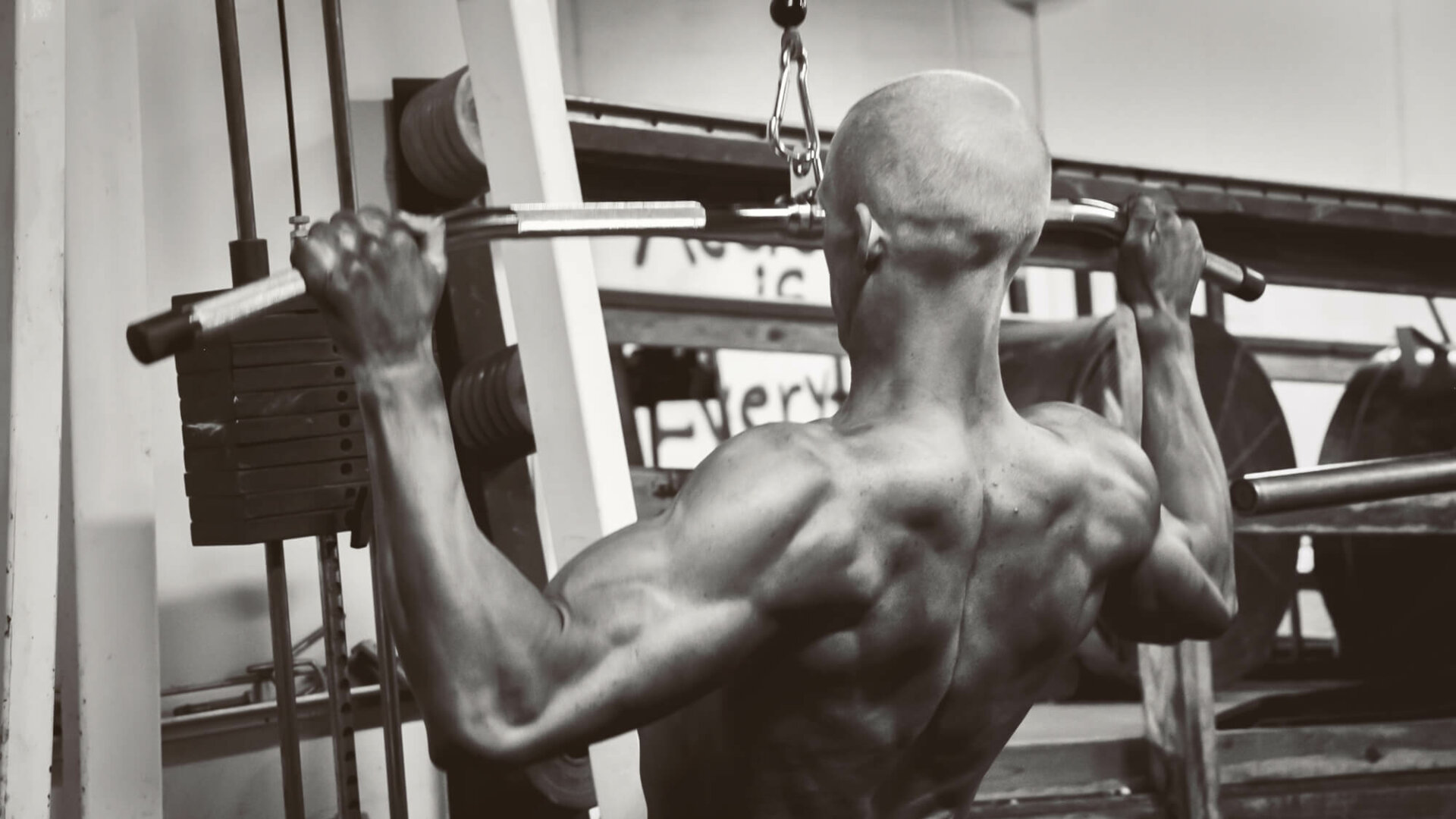 4 Lessons Learned Throughout My Bodybuilding Career

New Years is just around the corner and with that, a number of individuals will begin dieting down for their first competition. In 2004, I was in a similar position when I started dieting for my first competition where I pretty much took last in all of my classes. Since that time, I have continued plugging away and developing a competitive physique.

More importantly, I have learned a number of lessons along the way through a combination of research and my own trial and error. The purpose of this article is to discuss four important lessons I have learned that may help you in your bodybuilding journey.

1. Contest prep is not a race

The first time most of us diet down for a show, we give ourselves 12 (maybe 16) weeks and treat contest prep as a race to get stage-lean as quickly as possible. This typically involves extremes in caloric intake and/or cardio and rapid weight loss. Oftentimes, the end result is a physique that is not lean enough and/or one that has sacrificed a lot of muscle along the way.

Contest prep does not need to be a sprint to the finish. In fact, there are a number of benefits to giving yourself more time to diet down. The most obvious advantage to a longer prep is that you will have more time to get even leaner. At the same time, a longer prep also allows a competitor to diet at a slower rate and still get all of the way to stage-lean. By dieting at a slower rate, more muscle mass will be retained. In fact, a recent review on natural bodybuilding contest preparation by Helms et al. [1] recommends a rate of loss of 0.5 – 1.0 percent of body weight weekly. This means that a 180lb male should be targeting a rate of loss of 0.9 – 1.8lbs weekly whereas a 120lb female should aim for 0.6 – 1.2lbs each week.

Looking more closely at published case studies of drug-free athletes during contest preparation, less muscle was lost in those dieting closer to the lower end of this range [2][3] than those dieting in the middle [4] or upper [5] end of this range. Taken together, this data clearly suggests that a longer contest prep time will allow a competitor to get stage-lean using a slower rate of loss, ultimately allowing him or her to hold onto more muscle mass.

In addition to benefits in muscle retention and conditioning levels achieved, there are a number of other potential benefits to a longer contest prep time. Longer preps allow time for diet breaks which may help prevent declines in metabolic rate and/or provide a psychological break from a deficit [6][7]. A longer prep time may also allow an individual to be ready early which may give them the opportunity to add food and fill out going into their show and/or potentially run a practice peak week to ensure their peaking protocol is going to be effective when it counts.

Advice:
Give yourself more time than you think you need to diet down for a show. Your contest prep does not need to be an all out sprint.

2. Off seasons are important

When a competitor competes for the first time and does not do well (like my experience at my first show), typically one of 2 things happens: either they continue dieting and competing over and over and over without a break, or they give up on competing (or even working out) altogether. In my case, I actually did neither of these things and instead went on an all out “bulk” to add size. The end result was gaining 65lbs and a lot of fat over the next 1.5 years. While I at least took an off season, this was far from an ideal approach.

Off seasons are important for a number of reasons, perhaps the largest of which is adding muscle mass and making physique progress. When an experienced lifter is in a calorie deficit, significant muscle gain will likely not occur. Therefore, time out of a deficit is going to be important for progress.

Moreover, when a competitor is stage-lean, there are a number of hormonal changes (such as a significant reduction in testosterone) that are going to negatively affect an individual’s ability to make progress [2][8]. In addition, reductions in hormones such as thyroid and leptin that normally occur when dieting down for a show are going to make it more difficult to remain lean and/or progress in a future cut.

Fortunately, these changes in hormones are typically normalized in 3-7 months provided that a competitor increases calorie intake and gains body fat post-competition [2][8][9]. However, it should be noted that rapid gain post-contest does not appear to be correlated with an increased rate of hormone rebound [9]. Moreover, the point at which a competitor’s hormone levels return to normal marks the start of the period where optimal progress will occur during the offseason. Therefore, it would not be in a competitor’s best interest to diet immediately once hormone levels have returned to normal.

Furthermore, a longer offseason time will provide a longer mental break from the stress and restriction associated with contest prep. This can potentially help increase consistency once an individual begins his or her next contest prep and also improve overall relationship with food in general.

While a calorie surplus is typically necessary to add body weight and muscle mass in the offseason, the size of a surplus does not need to be large. A recent study in trained athletes found no difference in muscle growth between individuals following a slight surplus and those consuming an additional 600 calories daily [10]. However, fat gain was significantly higher in the group consuming more calories. This suggests that large calorie surpluses are not necessary for trained athletes looking to gain muscle mass.

Advice:
Take an off season! Gain weight back after your show, but don’t binge out of your competition. Once you get back to a point where you are feeling more normal, aim for a slight surplus to maximize offseason progress.

Non-exercise activity thermogenesis (NEAT) is all of the movement an individual does throughout the day outside of the gym. This includes involuntary activity such as twitching and fidgeting as well as voluntary activity such as walking around during the day. Admittedly, NEAT is something I really never paid attention to until recent years. However, since focusing on increasing NEAT, both with myself and with clients, I am amazed at the difference it can make.

NEAT can vary greatly from individual to individual. The number of calories burned from fidgeting can range from 100-800 Calories daily [11] and total daily calories burned from NEAT can differ by 2000 Calories daily or more in similar individuals [12]. Moreover, numerous studies have reported a decrease in NEAT during weight loss interventions [13][14][15][16][17]. This is thought to be an evolutionary response to conserve energy during levels of low energy intake.

What can we do to increase NEAT? Clearly, we can’t necessarily make people twitch or fidget more; however, one thing we can do is increase voluntary NEAT. The easiest way to do this is to track daily step counts. The first step in doing this is to track your daily steps while living life as normal for a week. Try to include both weekdays and weekends to get an accurate idea of your average daily step count. From there, set a daily step minimum that is slightly higher than the amount of steps you are doing. For example, if you are typically getting 6500 steps daily on average, aim for 8000 steps per day.

Tracking steps during contest prep has a few advantages. It helps keep energy expenditure higher throughout the day which can help with weight loss. Daily step count is also something that can be adjusted throughout contest prep to keep energy expenditure high. In addition, it is something that can be done anywhere and doesn’t require hours of extra time in the gym. This is typically appealing to those with busy schedules. Increasing NEAT through walking around more during the day rather than doing cardio is also going to be easier to recover from and interferes less with workouts than adding a significant amount of formal MISS or HIIT in the gym. Finally, by having a step minimum during contest prep, an individual can offset some of the reduction in NEAT that is commonly observed.

Bodybuilding is an extreme sport and will tend to attract those who have no issues pushing to extremes to achieve their desired outcome onstage. While some of these extremes may be necessary in order to get to the level of conditioning required to step onstage, more may not necessarily be better in a number of contexts when it comes to contest preparation.

As discussed previously, more may not always be better when it comes to rate of weight loss, and quicker rates of loss are correlated with more muscle loss during contest prep.

Similarly, when it comes to training volume, more may not always be better. While doing more than 1 set per muscle group is better than doing a single set [18], more volume stops becoming better when it surpasses an individual’s recovery abilities. For example, a recent rodent study found that the increase in muscle protein synthesis between 3-5 sets and 20 sets were not different [19]. In humans, a German volume training protocol where individuals performed 10 sets was inferior to a protocol with half as much volume [20]. Taken together, these results suggest that aiming for as much volume as you can recover from at a given time is likely superior to simply just doing more.

More is also not necessarily better when it comes to cardio and overall activity levels. High levels of cardio have been shown to interfere with muscle strength and size gains [21]. In addition, once daily activity levels go to extremes, total daily energy expenditure does not increase linearly and you start to see less bang for your buck from added activity [22]. This is likely thought to be due to compensation by down-regulation of involuntary components of NEAT like twitching and fidgeting.

Advice:
Bodybuilding is an extreme sport and at times extremes may be necessary. However, don’t go to extremes simply for the sake of being “hardcore.” More isn’t always better.