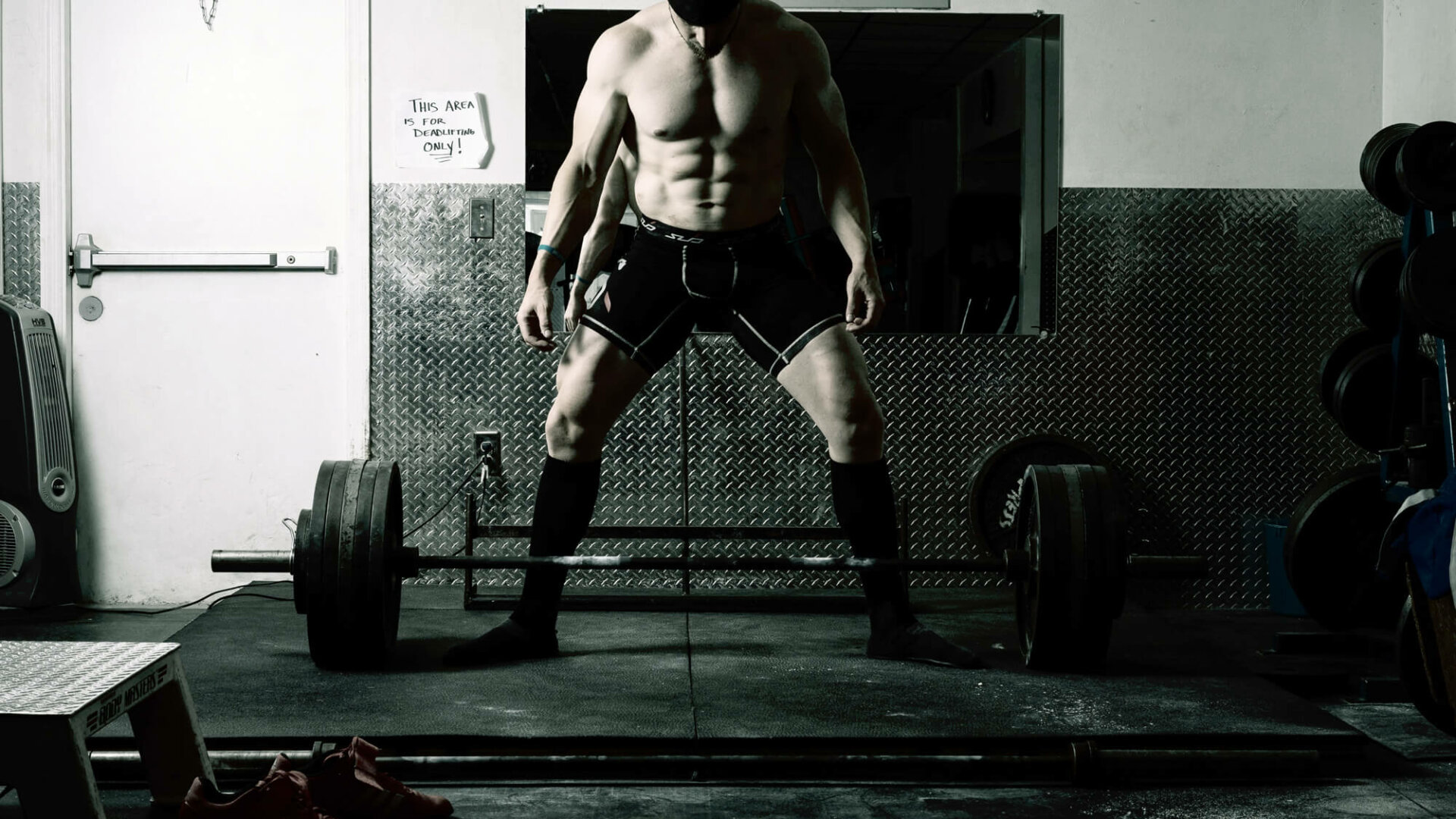 The Hidden Motivations Behind Some Fitness Goals

There is nothing more invigorating than working your butt off in the gym and seeing it pay off in competition. As a bodybuilder, you grind through several weeks of dieting to be shredded. And as a strength athlete, you drag yourself out of the gym after hellish workouts in an overreached state. As the competition approaches, you tend to feel like absolute crap (physique athletes probably more so), but then the big day comes and most of the time, it’s all worth it. You win trophies, get showered with endless praise, and hopefully make friends with your fellow competitors.

Although some people may endure the torture simply for the love of competition, many people who compete in fitness have a deeper reason. If you ask someone why they compete, they’ll say they just want to be healthy, lean, or as strong as possible (and that it’s fun), but these sports don’t necessarily make you healthier, and being leaner or stronger than average certainly doesn’t require the same dose response we get from bodybuilding or powerlifting. Often, some fundamental event or circumstance will mold a person to want to compete in sport where extremely low body fat or extraordinary strength is required. These deeper reasons are not talked about often but they certainly warrant discussion. In reality, it is best to be honest with these hidden motivations and recognize them for what they are. That way, we can find true fulfillment in our accomplishments in the gym.

There is no doubt that your actions define who you are to some degree. You are most likely known as the “fit” person by your friends and family. They know you eat healthy and exercise regularly. Many fitness athletes tend to define themselves by their sport, but this can be a slippery slope. Rather than enjoy the sport for what it is, they use it to mask some feelings of insecurity or validate themselves.

This mask can be worn for a long time, especially when a person is successful in the sport, but what happens when one is no longer able to compete at a high level or he or she has to “retire” completely? The identity that they’ve used for so long is stripped away and the insecurities they hid away are exposed once again.

These hidden issues are often the initial motivation for people to start getting in shape for a competition. Sometimes, the issue is small and resolves itself naturally. But often, getting in shape will not resolve the insecurities. In fact, the issue may get even more deeply rooted depending on the sport in which the person competes. This then leads to the outcome I described above. So, instead of waiting until for the inevitable, it would be best for these athletes to recognize and resolve underlying issues before they become a problem. Let’s take a look at some of the common ways that these issues manifest in competitors.

When we are looking at things objectively, saying you are not lean enough isn’t always bad. Sometimes you just simply got beat because the other guy was leaner than you. In this case, saying you weren’t lean enough is a truthful and helpful statement that will motivate you to do better. However, if you find yourself dwelling on the fact that you weren’t lean enough and beating yourself up about it, that’s a different story. Similarly, saying that you are “fat” when you are clearly leaner than everyone around you is abnormal thinking. How can you be fat when you are 12% body fat with abs?

Often times, this stems from some sort of deeper “issue” that is stealing your joy away. It could be some sort of trauma that you endured in your past, or perhaps you were bullied for being too fat, or too ugly even if those things weren’t true. These kinds of events often steal away your ability to be happy with how you look. They wear away at your self-esteem and you become unsatisfied with what you see in the mirror.

There is a difference between being continually hungry for gains and being downright unhappy with yourself. Many times, you find that people set PR’s only to find that it didn’t make them happy like they figured it would. They slave away in the gym to get stronger but never really reach the summit of the mountain they are trying to climb.
Similarly, these people will never feel like they are muscular enough for their liking. Progress is harder to gauge given the slow rate of growth, which makes this issue even worse. They don’t see the gains in musculature that they did when they started. This makes them feel anxious and unsatisfied as they perceive themselves as unchanged for months and years on end.

Again, this can stem from a particularly eventful trauma, but it can also be the result of feeling small in some aspect of life. Maybe you were the scrawny kid who got picked on in school. Maybe you’ve always been put down by someone in your family or your boss at work. Whatever the case, these unresolved issues have the ability to manifest in unsatisfied feelings about your physique.

These Issues are Common

In general, everyone has some sort of psychological obstacle they’re trying to sort through, but fitness competitors seem to have a higher prevalence of serious issues that take more than just a nice body to resolve. If you find that you have some of these issues, it’s important to realize that they are pretty common in this industry. So, rest assured that you are not alone in having those types of feelings.

What you need to do is be honest with yourself about what drives your fitness goals. What are the reasons behind your pursuit to get shredded or be strong? Are you just trying to push the limits of what your body is capable of, or are you trying to fix some deeper need inside yourself? This deep work can be a very difficult thing for people to endure. However, in order to be truly fulfilled, these needs to be addressed. Otherwise, you will never be truly satisfied with what you accomplish in your fitness journey.

We all start down our own fitness journey for one reason or another. Some just want to look better naked and feel comfortable at the beach. Others are looking to challenge themselves in new ways and push the limits of their bodies. Hell, a few might just be trying to buy themselves a higher calorie allowance. However, many use their fitness pursuits as a crutch to deal with unresolved feelings they have deep inside.

Being honest with yourself about these issues can be a scary thing. It forces you to investigate your vulnerabilities and revisit potentially traumatic events, but the payoff you receive from doing so is worth it in the end. You’ll find that you will start to feel fulfillment from your accomplishments in the gym rather than dissatisfaction. You may set goals to become stronger or leaner at times, but you won’t feel deeply unsatisfied with where you sit currently. Put simply, you will finally feel satisfied with what you have accomplished.