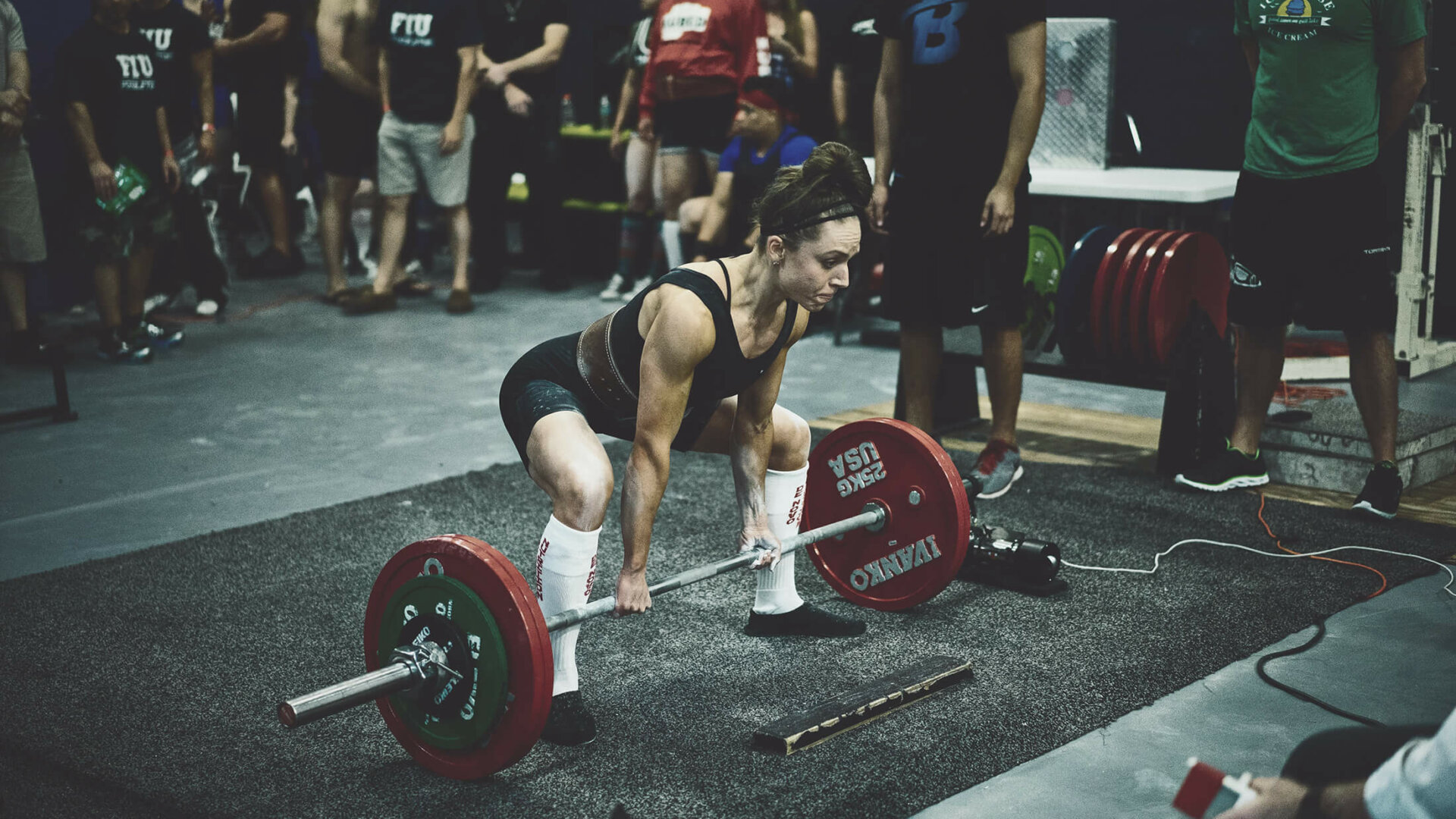 Women and the gym: myths surrounding women in the fitness industry

Walk into any gym in the country and I can almost guarantee you will see the great divide: cardio versus weights. This divide has increasingly become women versus men, which can be attributed to a plethora of myths surrounding women, weightlifting and the fitness industry as a whole.

Any woman who weightlifts for recreation or at the competitive level will agree women have it harder. Let me also say, this piece is not meant to be man-bashing, because ultimately, the blame can largely be placed on societal norms for women presented in mainstream media, and not on men.

All of these messages are plastered over social media, slowly manipulating women into thinking this is what fitness is and having a thigh gap determine a woman’s worth.
Well ladies, I’m here to tell you it simply is not true.

Well ladies, I’m here to tell you it simply is not true.

While it is safe to say more women are walking past the cardio machines and moving towards the weights, myths surrounding women and fitness are still very much a part of gym culture today.

Competing in powerlifting himself for two decades, Matt Gary is no stranger to the field. He is the co-owner of Supreme Sports Performance and Training (SSPT), a powerlifting gym in Rockville, Maryland.

Gary is a weightlifting and strength coach and currently serves as the USA Powerlifting coaching committee chairman. He was named coach of the year in 2012.

“I still think steroids are the face of bodybuilding,” Gary said. “If you go out on the street and you ask what the difference is between bodybuilding, leisurely weightlifting and powerlifting, they’d have no idea. When people hear ‘weight lifting,’ they just assume steroid-swollen guys with caricature muscles.”

The carrot tan, blimp-looking muscle bro is the biggest proponent for why women walk past the weights and continue to stick with cardio-based group fitness classes.
Powerlifter and online coach Katie Anne Rutherford said women tend to look at extremes.

“When women think of weightlifting, they think of the most extreme person in their mind, like bodybuilders,” Rutherford said. “They associate [weightlifting] with big, bulky women.”

Until the face of bodybuilding moves away from steroid use, chances are, this myth is here to stay.

Aside from competitors, women looking to sculpt their bodies are still timid to lift heavy weights. Even more intimidating are compound lifts – squats, bench and deadlift – because these lifts are associated with mass gain.

Nutrition coach and NPC bikini competitor Amanda Bucci said the “perfect” female body today is defined as small, dainty and “toned” – a word that leaves many in the fitness industry cringing.

“The advertisements in magazines and on television also perpetuate images of females doing bodyweight exercises, exercises that they can do at home, and exercises with really light dumb bells,” she said. “This one-hundred percent skews the perception of what women think they should be doing to attain the body they really want.”

Bucci said weightlifting for women in particular should equate to more than just aesthetics.

“Aside from the fact that building muscle has an insane amount of long term health benefits such as increased fat burning abilities, increased joint and ligament protection, strength and prevention of injury, women should lift weights because it makes you feel strong,” she said.

Oftentimes, women stick with higher rep ranges when lifting, thinking the combination of high volume, low weight and immense cardio will create the physique of their dreams.

The variance is not based on gender.

“The human body is the human body,” Bucci said. “It grows muscles the exact same way, regardless of your gender. The rate of muscle growth is definitely affected based off of differences in hormones, but muscles physiologically grow in the same exact way.”

Online coach, powerlifter and WBFF Pro Brittni Shae once believed this myth herself.

“I’ve been the girl that did all the cardio,” she said. “I did long distant running. I ran cross-country and track. You think that’s the fastest way to lose weight.”

What many women do not understand is the after burn effect.

Steady state cardio may burn a significant amount of calories in one setting; however, as Shae explains, weight lifting will keep a body burning calories after the workout is completed.

“I think we equate sweating to burning more calories,” she said.

The cardio craze is further emphasized with TV shows such as the Biggest Loser, according to Gary.

“The viewer constantly sees the participants on treadmills,” Gary said. “Cardio. Cardio. Cardio. The American public watching that show are people who are totally uneducated when it comes to fitness. They think that’s what has to be done to shed fat.”

No, cardio should not be completely eliminated. Neglecting cardiovascular health is not wise. However, what people often do not understand is cardio does not stimulate muscle growth or change body composition, according to fitness model and online coach Valerie Benoit.

With weight training comes the diet component. Being a woman in particular, we are bombarded on social media – Instagram in particular – with diet pills, waist trainers and photos of meal preps featuring tilapia and broccoli, making the public think eating cookies, doughnuts and burgers is a rebellious act.

Everyone has heard the term “clean” eating, yet nobody can actually define what that means. Sure, one can assume “clean” refers to minimally processed foods, but the definition will vary person to person.

“What I usually use to break down people’s idea of clean food is popcorn,” Layne Norton, Ph.D., said. “Almost everyone will say air-popped popcorn isn’t clean. Popcorn has more fiber, more protein and less carbs per volume than oats or sweet potatoes by far, so how is that not clean?”

Oatmeal is considered “clean” to a bodybuilder and “dirty” to someone who is paleo, Norton explained. A vegetarian will consider meat dirty. There is no clear one-size-fits-all definition.

With the “clean” eating debate comes the discussion of Flexible Dieting, commonly known as IIFYM.

Flexible dieters have a personalized target of macronutrients – protein, fat and carbohydrates – to hit every day. Fiber is also tracked. Each person’s individual target numbers are calculated based on goals and activity level. Food choice is up to the individual, so long as macros and fiber are met.

There are no “good” or “bad” foods, in the eye of a flexible dieter. There is room to indulge in “treats” as long as the overall daily target numbers are met. Flexible Dieters are often not taken as seriously as someone who follows a “clean” eating protocol, according to nationally qualified NPC bikini competitor Emily Duncan.

“We have this idea that if a woman wants to eat a doughnut, she’s automatically in off-season or trying to put on weight,” she said.

Flexible dieting is viewed as a fad and is not easy to sell, according to Norton, who has lost clients because he would not give them a meal plan.

“You have to account for your intake,” he said. “It’s easier to tell someone to stay away from gluten and not eat carbs after 6:00 p.m.,” Duncan said.

Low-carb diets have been marketed for quite some time and still seem to prevail, especially with women. It is hard to walk through any isle of the grocery store and not see some low-carb marketed item.

“If you want to train, you have to eat carbs,” Duncan said.

“It can’t be forever, or you’re going to screw up your metabolism. You can’t be your leanest forever. There has to be ebbs and flows in your diet,” Duncan said.

Then there is the great debate about carbs after dark – the idea that eating carbs before bed will increase weight gain.

He cited a study conducted by the Journal of Obesity who researched this very question. Researchers put people on a calorically restricted diet for six months, divided into two groups – a control group and an experimental group.

The control group ate carbs throughout the day while the other group ate roughly 80 percent of their carbs before bed.

“Not only did the experimental group consuming the majority of their carbs at night lose significantly more weight and body fat than the control group, they also experienced better satiety and less hunger,” Norton said.

Okay, so what’s the deal?

Researchers concluded favorable shifts in hormone levels could be one reason. Baseline insulin levels in the experimental group were lower than the control group – the one’s eating carbs throughout the day.

“The people eating the majority of their carbs at night lost more body fat,” Norton said. “Write it down: ‘don’t eat carbs at night, bro” has officially been busted as broscience!’”

No matter how many times I hear this myth, I still giggle. Here’s the kicker. You actually need fat to burn fat.

A lack of fat in a woman’s diet will lead to a lack of energy, hormone problems and in some cases, the loss or irregularity of a menstrual cycle.

Dietary fat is one single macronutrient. Eating fat does not make you fat, nor is there any research to suggest that.

What people do not realize is everything comes down to a surplus or deficit. If a person eats 2,000 calories for maintenance and jumps to 3,000 calories eating all broccoli and chicken, they will still gain weight.

Foods do not have magical properties based on macronutrients. Your digestion system breaks everything down to the molecular level.

“If calories are controlled, there is no evidence that a diet higher in dietary fat makes you fat,” Norton said. “Your body sees everything as protein, fats and carbs. It doesn’t care where you get macros. I’m not saying a doughnut is the same as rice and broccoli, because it’s a different micronutrient breakdown.”

If you reach the same macronutrients at the end of the day, your body and metabolism see the same thing.

Being able to identify fact from fiction in the fitness industry can be daunting, but understanding these six myths will point you in the right direction.

Taeler De Haes is an investigative reporter at CBS 19 in Tyler, Texas. She received her master's degree in investigative journalism from the Missouri School of Journalism. Her two bachelor's degrees, broadcast journalism and international studies, were completed at the University of Missouri - Columbia. Outside of reporting, Taeler is a powerlifter and cycling instructor...[Continue]