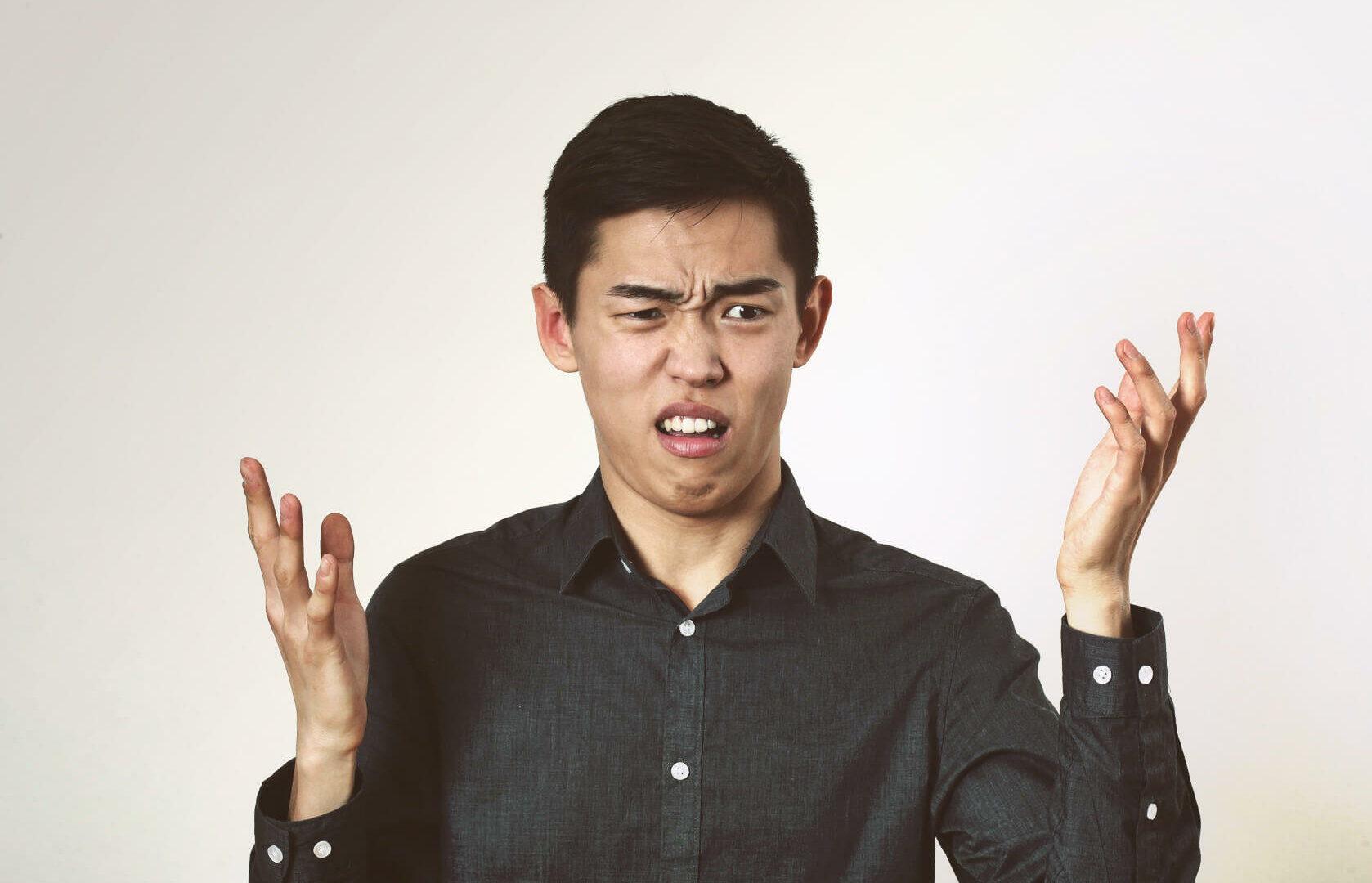 With summer just around the corner, many individuals are currently transitioning into fat loss phases. Oftentimes this will include approaches that may not be necessary, sustainable or even supported by science.

The purpose of this article is to discuss the science (or lack thereof) surrounding several common fat loss myths often touted as fact around the fitness community. My hope is that this article will help those cutting for summer avoid these traps and find a sustainable and healthy approach to reach their fat loss goals.

Diet soda has been demonized for a number of potential reasons, particularly safety. As a result, the safety of aspartame (the artificial sweetener most commonly used in diet soda) has been widely studied. An extensive review on aspartame published in Critical Reviews in Toxicology concluded that aspartame intakes up to 40-50 mg / kg bodyweight / day in humans does not result in negative health consequences [1]. This is well above the approximately 150-200mg aspartame found in a can of most diet sodas.

Others argue that the high acid load in diet soda causes changes in blood pH which have detrimental effects on bone and other tissues. However, there is no evidence that human diets have a significant effect on blood pH in individuals with normal kidney function [2].

Looking specifically at the effects of diet soda on fat loss, many argue that diet soda tricks the body into thinking it is consuming sugar or that it makes individuals crave sugary food and eat more calories, blunting fat loss. In reality, the data does not show this to be the case. There is no evidence artificial sweeteners stimulate insulin secretion like sugar in healthy or diabetic individuals [3][4].

Taken together, this means that diet soda consumption while dieting is not going to inhibit fat loss and if it helps to curb cravings it may even help an individual to stay consistent with their diet during a fat loss phase. With that being said, it is still likely best to get a majority of fluid from water each day and consume diet soda in moderation.

Extending this further to look at periods of fasting and time restrictive feeding, a recent meta-analysis of over 40 studies concluded that intermittent fasting and eating throughout the day both resulted in body weight and body fat loss when individuals were in a caloric deficit. No differences were found between approaches [15].

What this means is that an individual’s meal pattern and meal frequency should be based upon what they can stay consistent with. Ultimately, the approach that allows an individual to sustain a consistent energy deficit will be the best for that individual to lose body weight and body fat.

Gluten should be avoided when dieting

Gluten is a protein found in foods such as wheat, rye, barley and spelt. Many oat products also contain gluten due to processing in the same facilities as gluten-free grains. Celiac Disease is an autoimmune disorder where consumption of gluten leads to intestinal damage and severe GI symptoms. Therefore, those with Celiac Disease must avoid gluten completely.

Looking at the data on gluten sensitivity, Biesiekierski et al. [16] took individuals who were self-described gluten sensitive and had them consume diets either high or low in gluten in a crossover study in which participants were blinded to the diet they were eating. No differences in self-reported symptoms were observed between diets. Moreover, a recent review of similar gluten challenge studies in 1312 adults with self-described gluten sensitivity found that over 80% of individuals studied did not respond as expected to gluten [17].

Taken together, it is clear that gluten is not the culprit here. FODMAPs (fermentable oligosaccharides, disaccharides, monosaccharides and polyols) have been associated with GI symptoms in those with IBS and may need to be reduced in the diets of those who are experiencing symptoms [18]. However, there is not strong data the gluten needs to be removed from the diets of those who do not have Celiac Disease.

Other research on gluten-free diets in individuals without Celiac disease has observed a detrimental effect of a gluten-free diet on gut bacteria populations [19] and a meta-analysis on over 100,000 individuals has found that grain consumption is actually associated with a decreased risk of mortality [20]. Moreover, others have not found a benefit in athletic performance [21].

Looking specifically at weight loss, there is no evidence that a gluten-free diet will result in increased weight loss at the same caloric intake [22]. In fact, a weight loss intervention that compared diets with or without bread observed no difference between groups. However, the dropout rate was higher in the group that eliminated bread [23].

Taken together, the current body of literature does not support the elimination of gluten in non-celiac individuals. Those who believe they may be gluten sensitive may actually be sensitive to FODMAPs rather than gluten and may want to consider a low FODMAP diet.

Ultimately, the dietary approach an individual takes during a fat loss intervention should be one that is sustainable. Whether or not that approach includes gluten will have no effect on loss provided that dietary intake is consistent and the individual is in an energy deficit.

High fat breakfasts have become more popular in recent years due in part to the increase in popularity of “bulletproof coffee” (coffee with 50+ grams of added fat and 400+ calories per serving). Many individuals who promote this approach suggest that since you are eating a higher fat intake at breakfast your body will burn more fat throughout the day.

This argument is similar to the arguments for fasted cardio and the “fat burning zone” during cardio, both of which do increase fat oxidation. However, just because an activity increases fat oxidation does not necessarily mean that it will result in great fat loss. Fasted cardio does not result in more fat loss when daily energy intake is matched [24]. Similarly, doing cardio in the fat burning zone does not resulted in any difference in daily caloric expenditure compared to doing higher intensity forms of cardio [25].

While consuming a high-fat meal will increase fat oxidation due to having a greater amount of fat to break down for energy, to answer the question of whether this approach is superior for fat loss it is important to look at what happens to fat loss over a longer period of time. Jakubowicz et al. [26] did just that. They took 193 sedentary obese diabetic adults and had them consume diets that provided equal calorie deficits and macronutrient breakdowns. The only difference is that half of the participants consumed a high-carb breakfast while the other half consumed a low-carb breakfast. After 16 weeks, there was no difference in fat loss between groups.

Based upon these results, fat and carbs can be consumed throughout the day based upon individual preference without having a significant effect on results. What is most important is dietary compliance and consistency.

It is common to hear an individual dieting mention that they are not going to eat carbs or maybe not even at all after a certain time of day due to the belief that they will store more fat if they eat close to bed. However, once again it is important to examine what happens over a longer period of time in terms of fat loss rather than looking at just a brief time period (in this case the time just prior to bed and/or sleeping).

The literature as a whole on this topic has been mixed. Eating a larger portion of daily caloric intake at night has been shown to have greater [27], less [28][29] or no difference [30] in weight loss. Another study found a mixed resulted where eating a greater intake early in the day was associated with more weight loss, but eating a greater intake at night resulted in more muscle retention [31].

As a whole, there is no definitive trend in the literature on this topic. Therefore, as mentioned several times previously, the best approach in terms of food distribution is going to be the one an individual is able to sustain.

You will lose more weight if you follow a detox diet

Detox diets are increasingly popular fad diets based around the premise that “toxins” have accumulated in the body and to remove them a dietary intervention is required. One red flag right from the start is the fact that those who make dietary products that claim to detoxify the body can’t actually explain what exactly their product is doing or what compounds it is eliminating: http://archive.senseaboutscience.org/data/files/resources/48/Detox-Dossier-Embargoed-until-0001-5th-jan-2009.pdf

Moreover, it is important to recognize that the dosage of anything determines its toxicity and that substances aren’t inherently toxic. For example, the acute toxic dose of vitamin A is around 15,000 micrograms of retinol. In fact, toxicity has been observed following consumption of polar bear and seal livers by indigenous peoples in the Arctic and Arctic explorers [32]. Although vitamin A is toxic in high amounts, we require 700 (females) and 900 (males) micrograms of retinol activity equivalents daily. The dose makes the toxicity.

Another important thing to understand when evaluating claims of detox diets is that an individual with a healthy liver and healthy kidneys is continuously removing chemicals from the body to prevent them from building up to toxic levels. Moreover, there a recent literature review concluded that there was no evidence that detox diets removed toxins form the body [33].

Sustainability is something that has come up several times now in this article when discussing dietary success. Oftentimes detox diets are extremely restrictive both in terms of energy intake as well as food sources. Therefore, they will likely not be easy to sustain long-term and depending upon the composition of the diet may not even be safe. However, the good news is there is no reason to do a detox diet because there is no evidence of a benefit to these type of approaches.

The idea that individuals should eat different diets based upon their blood type was popularized by a recent best-selling book on this topic. According to the book, individuals with Type O blood should consume a high protein diet light on grains and dairy, Type A should be vegetarian, Type B should avoid things like corn, lentils, nuts and seeds and Type AB should focus on seafood dairy and green vegetables.

However, examining the scientific literature, these claims do not hold up. A recent meta-analysis on blood type diets concluded that, “No evidence currently exists to validate the purported health benefits of blood type diets [34].”

Therefore, since there is no benefit for consuming a specific diet based upon blood type, focus should be on consumption of foods and individual enjoys while eating in an energy deficit for weight loss.

There are a number of main stream dietary approaches that are simply not supported by science. In order to achieve weight loss focus on consuming a variety of nutrient-dense foods from all food groups fitting other less nutrient-dense foods into the diet in moderation. Eat a meal pattern that allows you to stay consistent. Ultimately, body weight is lost when an individual is in an energy deficit consistently. The approach that allows you to do that is going to be the best approach for you. However, the fad diets and scams are not necessary.