Juicing: Is It Worth the Squeeze? | Biolayne
Workout Builder Reps Coaching Resources Shop 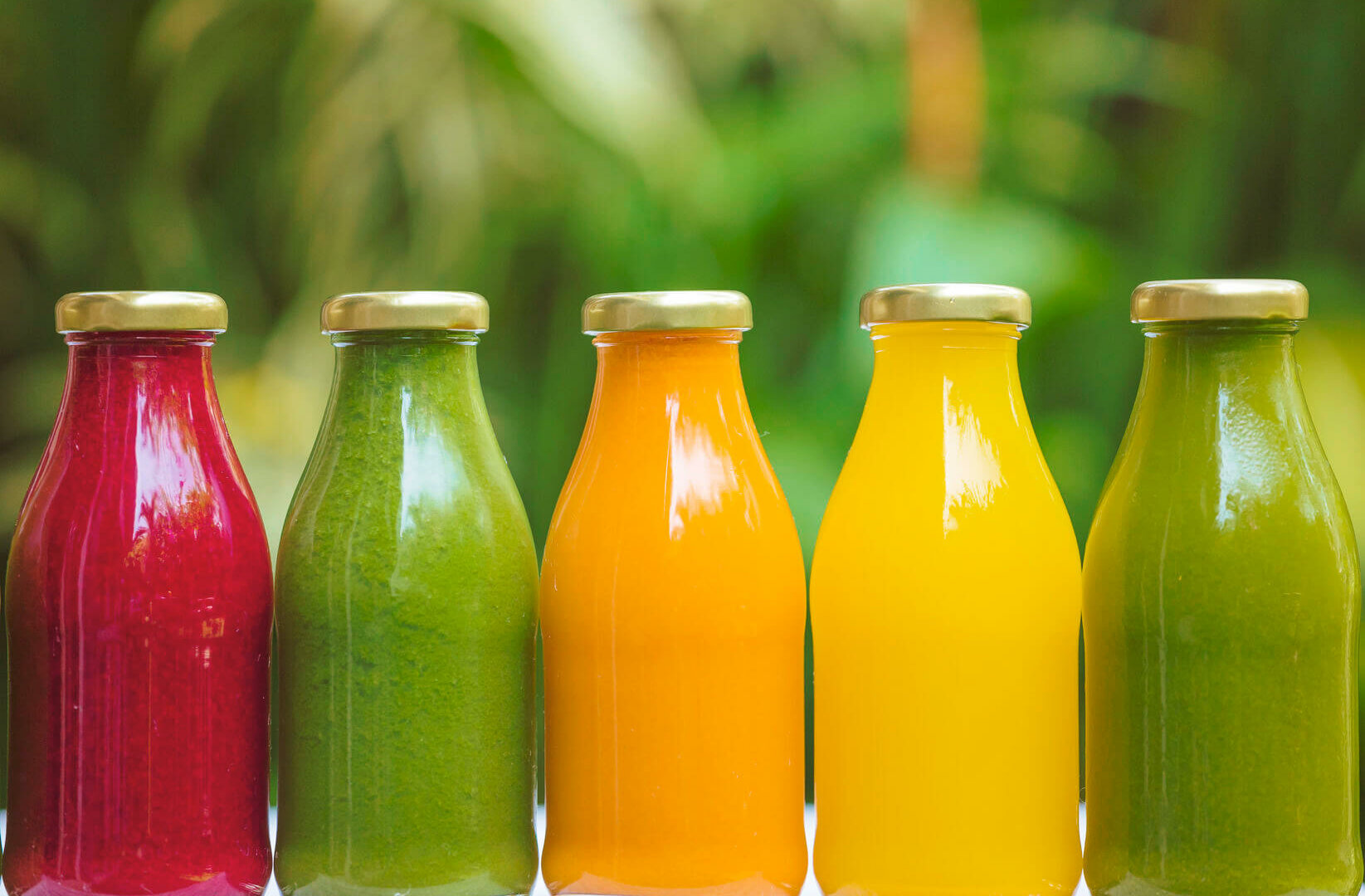 Juicing: Is It Worth the Squeeze?

Juicing and juice cleansing have been all the hype over the past few years. But the question remains: is it healthy? Can I benefit from juicing and how?

All of the articles and information around can seem confusing and you’ll find avid supporters who swear by juicing and/or cleansing and then an opposing group of individuals who think it’s just another health fad. Why the split down the middle? Well, as usual the answer is hidden behind context and personal objectives.

In this article we will discuss the meaning of juicing and juice cleansing, the common trends and arguments for and against them both, and whether or not they are truly healthy or of any real advantage. So … let’s dive in.

What is Juicing & How Did It Start?

It’s well known that many fruits and vegetables have been known to help fight chronic diseases such as heart disease and forms of cancer. Despite these health benefits, only a very small percentage of the population ever reaches their daily recommendations for fruit and vegetable intake. Therefore, it’s not surprising that juicing has been recently utilized to hit this daily intake and supplement a lack of whole foods in someone’s diet while potentially “detoxifying” their body [1].

In general, juicing is a process that separates the juices of fruits and vegetables from their associated solid matter (i.e. skin and/or pulp), which contains the majority of the fiber content (and sometimes nutrients). This is an important point in the argument used against those who advocate that juice cleanses, but we will touch on that in a bit more detail later.

The 2 key reasons for recommending juicing and promoting it for its health benefits are:

Using juicing as a “detox” method often involves the complete removal of solid food where only juice is consumed, for anything from just a few days up to several weeks. This is where things can get tricky, especially when it’s used in conjunction with weight loss or as a weight loss tool.

While adding a method of juicing to a normal diet, preferably a well-rounded diet, can be of potential value, using it as a replacement for entire meals over an extended period of time can cause harm to your body and is not recommended.

Firstly, juice diets or juice detoxes do not contain adequate proteins, fats or all the micronutrients that our body requires. Even for a regular person, consuming enough quality protein throughout the day is necessary for muscle maintenance, growth, satiety, metabolic and other aspects of long-term health. This need is further amplified for most readers here who exercise on a regular or daily basis.

Additionally, consuming enough healthy fats is necessary for optimal hormone production, sustained energy and cell membrane health along with the absorption of fat-soluble vitamins (A, D, E, and K) [2]. As you can see, juicing for long periods basically eliminates 2 of the 3 key micronutrients, which as mentioned, may actually cause more harm than good (especially compared to a sensible whole food diet).

In research, a diet containing 100% fruit juices has even been linked with an elevated risk of metabolic syndrome, liver damage and even obesity. Although these studies are testing more processed forms of juice, the sugar content and metabolic processes are largely unaltered and should be considered, especially for those who have current metabolic issues or diabetes.

While advocates for juice cleanses will incessantly argue that juicing is completely safe and can even rid the body of toxins, there is sadly a lack of direct evidence to support this. In fact, when healthy, you have 3 organs that do an immaculate job of detoxifying the body: two kidneys and a liver, which can fulfill all our detoxing needs normal, healthy adults [3].

Additionally, for those who have a history of kidney problems, consuming a diet high in juices, which are rich in oxalate, has actually been associated with kidney failure! The same goes for those on blood thinners – if you consume an abnormally high amount of vitamin K (found in kale & spinach), you can create dangerous contraindications [4][5].

As you can see, replacing whole foods for juices during an extended period of time could actually put your health at risk and there is a lack of evidence to support the pro-juicing health claims, especially when you could simply eat these fruits and vegetables, in their whole natural form, as part of a balanced diet.

One of the biggest debated issues amongst “cleansers” and anti-juicers is its benefits (or lack of) for weight loss.

In short, it’s pretty obvious that you will drop some scale weight, by the combination of eliminating whole food along with a very large calorie deficit, but it is clearly not healthy, maintainable or helps optimize our body composition (fat to muscle ratio), which most people are aiming for. Based on some of the popular trends, these diets can place an individual’s caloric intake at around 600-1,000 kcal/day, a dangerous number when they are also exercising or dropping straight from a 3000-4000 calorie fast food diet.

Although the next point may be fairly obviously to most biolayne readers, we all know that the weight loss created from juicing is also largely caused by quick depletion in glycogen and water content (as electrolyte, fluid and carb intake quickly changes), along with large drops in intestinal bulk caused by the removal of whole food. Sadly, like other low-carb diets and other dieting fads, this water, glycogen and intestinal food weight will quickly pile back on after the juicing diet eventually ends.

In the grand scheme of things this kind of dieting fad is nothing more than a short-term fix, which can actually be counterproductive for long-term weight loss or psychological health. While you will drop pounds quickly with such of a caloric deficit, because of the rapid weight loss, you will also lose a lot of muscle mass and not create the key long-term healthy eating habits you should be aiming for.

In summary, most juice cleanses involve insane caloric deficits, which are generally unsustainable and can slow down your metabolism, causing yo-yo dieting and binge eating, yet do not develop long-term or maintainable eating habits [6].

Juicing with a Well-Rounded Diet

While we’ve discussed the potential negatives or risks associated with replacing entire meals for an extended period of time, combining juices with a normal diet could provide some benefit.

Contrary to popular belief, even a well-rounded diet in the 21st century can leave consumers lacking in terms of optimal nutrition levels. This can largely be attributed to increased environmental pollution, pesticides used during growing, increased time period it takes for produce to get to our plates and of course, a lack of nutrient dense whole foods in our diet [7][8][9].

We know that fruits and vegetables are full of healthy vitamins, minerals, antioxidants and phytonutrients that provide a defense mechanism against certain diseases, so if you do struggle to eat the whole foods, occasional juices may help. In one study they found that juicing over a 14-week period increased participants’ levels of beta-carotene, selenium, folate, vitamin C and vitamin E [10][11][12].

Of course, there is still an argument that the whole food, which is complete with fiber, may be a better choice and the context of the individual, their goals and lifestyle will likely dictate if juicing is a good fit or not.

While there is plenty of evidence linking the intake of fruits and vegetables to a reduction in the risk of disease, the studies linking this to juicing are harder to find and currently lack research.

One peer-reviewed journal did report that the health benefits from fruits and vegetables might instead be from the antioxidants rather than the fiber, therefore indicating that juicing might have its place in an argument against consuming whole fruits over their respective juices [9].

However, this is one study against all of those who stand behind the consumption of whole foods. In addition, there is a lack of human data and additional findings seem to be inconsistent [13].

Another pro-juice study did find that those who drank fruit and/or vegetable juices in liquid form at least 3 or more times per week, compared with those who drank it less than once per week, had a reduced risk of Alzheimer’s. This is thought to be because of the elevated levels of polyphenols in juices which have been shown to protect brain cells. It’s worth noting that this is an ambitious deduction which requires further research [14].

Other research has also shown that consuming fruit and/or vegetable juices in liquid form may reduce homocysteine levels and markers of oxidative stress. A reduction in these levels is generally translated to increased heart health [15].

Despite all of these results, one could easily argue these benefits would still be present if we simply ate more whole fruit and vegetables. Additionally, there simply is not enough evidence to confidently suggest that consuming the juices of fruits and vegetables over their whole counterparts is any better, or even of equivalent benefit (15).

In summary, for most healthy individuals it may be better to simply consume more whole foods, rather than doing short-term detoxes or juice fasts. By consuming a mix of fruits and vegetables on a daily basis you can meet your bodies needs, along with getting all the fiber, less condensed sugar and keep your diet varied and sustainable!