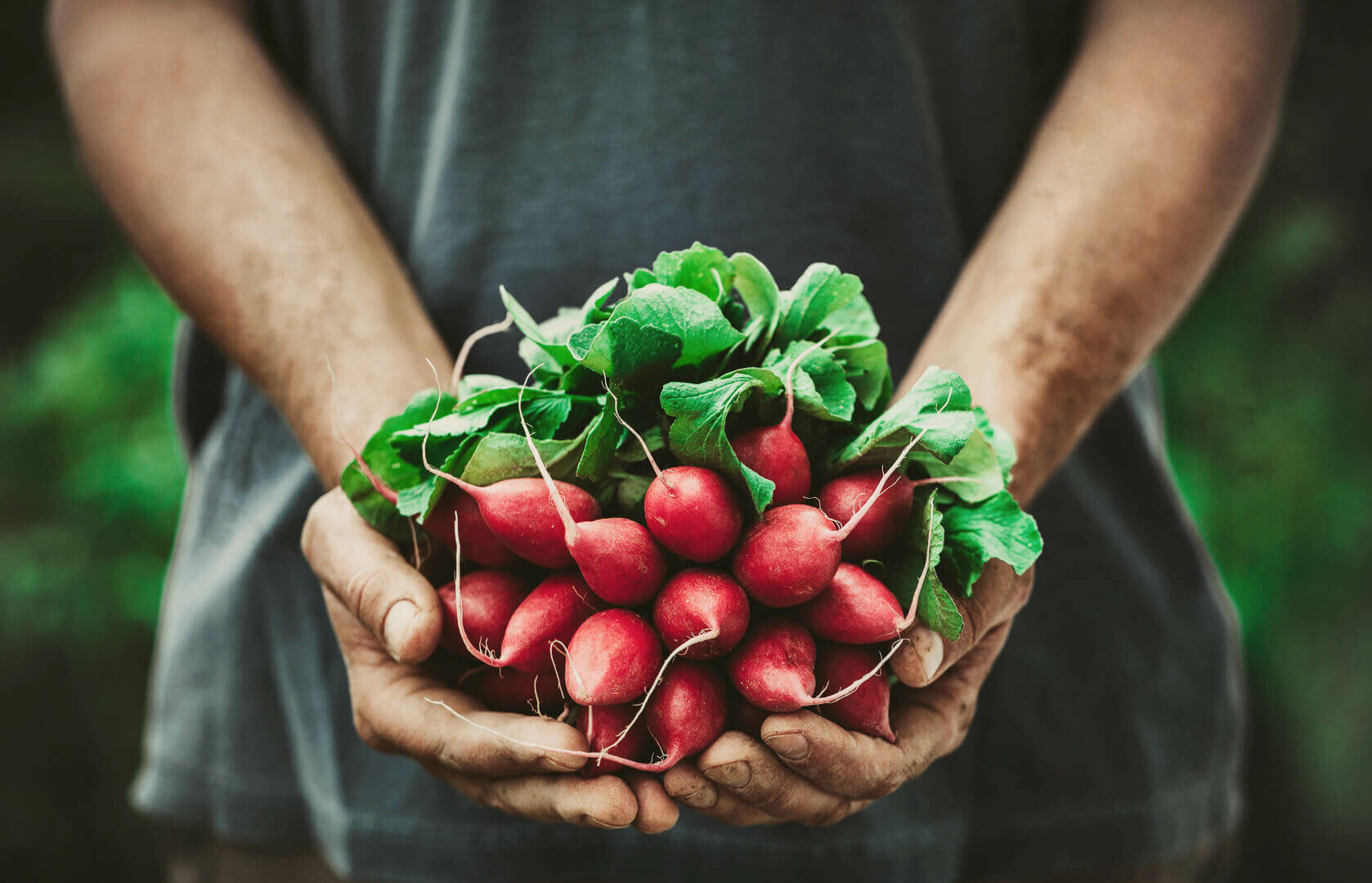 Organic Vs. Traditional Food: Is there a reason to shop organic?

What is organic food?

Food must meet certain USDA criteria to be classified as “organic”. Organic produce must be grown without the use of synthetic pesticides, genetically modified organisms or ionizing radiation. However, pesticides derived from natural sources can still be used. Organic animal products such as meat, poultry, eggs and dairy products must come from an animal that was raised without antibiotics or growth hormones. Organic livestock must only receive certified-organic feed. Additionally, 30% of their feed must come from certified-organic pasture.

Many people mistakenly think that the higher price of organic food reflects a greater quality of food. Organic food is pricier for a variety of reasons that are unrelated to its nutritional content. One main reason behind the increase in prices is that organic farmers do not receive federal subsidies, like conventional farms. Additionally, organic farming tends to be more labor intensive than conventional farming and organic farms also tend to be smaller than conventional farms, thus they render a smaller yield. The combination of a lack of subsidies, more laborious work and smaller yield lead to a greater price and not an improved quality of food.

Why have they been popularized?

Organic food is marketed as being more nutritious and containing more vitamins and minerals than conventional foods while also being pesticide, hormone and antibiotic free. It is also claimed that organic produce is healthier due to a higher anti-oxidant concentration. Many people also claim that they are able to taste a difference between organic food and conventional food

What has research shown about the nutritious content of organic food?

In the human studies, the researchers observed no difference in polyphenols, carotenoids, vitamins E and C levels, low-density lipoprotein cholesterol, immune system markers, antioxidant activity, ability to protect against DNA damage, or semen quality between subjects who consumed organic or conventional food. In short: they observed that organic foods did not make a difference in several human health markers. [2]

In 2014, a meta-analysis comparing organic and conventional food was published on the British Journal or Nutrition. [4] This meta-analysis reported a higher concentration of cadmium and pesticides in conventional foods and a higher concentration of anti-oxidants in organic foods. This analysis formed the platform upon which pro-organic supporters stood their ground. The meta-analysis, nonetheless, had certain key fallacies as detailed below:

First, the studies included in this meta-analysis only looked at conventional pesticides which obviously meant that the conventionally-farmed food was found to have a greater concentration of pesticide residue. The meta-analysis failed to mention the concentrations of organic pesticide residue found. Contrary to poplar belief, pesticides are still used in organic agriculture. The only difference is that the pesticides must come from natural sources, but this does not necessarily make them “better” for you. Common organic pesticides such as rotenone, lime sulphur and pyrethrin, among many others, were not mentioned. Rotenone, for example, is an organic pesticide that was banned for usage and has now been re-approved. This organic pesticide can be toxic to humans and, if consumed at its toxic dose, has been found to lead to cell death by inhibiting mitochondrial respiration. [4] This obviously does not imply that your cells will die from over-consuming organic food! The toxic dose of rotenone for humans is 300-500mg/kg. [5] The point being made is that organic foods still contain pesticides that can be just as toxic as conventional pesticides.

The second unreasonable claim is the demonization of a higher cadmium concentration. The concentrations of cadmium found in conventional foods (although higher than organic) was still significantly lower than the safety limit. [6][7] For example, conventionally-farmed broccoli typically contains 0.007-0.014mg/kg of cadmium. [8] The monthly limit for cadmium as set by The World Health Organization is 0.0025mg/kg body weight (or 0.0011mg/lb BW). [5] This means that a 175lb individual would need to consume at least 14kg (30lbs) of conventionally-farmed broccoli per month to consume the cadmium limit.

The final invalid claim is that more anti-oxidants equals a healthier you. High concentrations of anti-oxidants are often used as a selling point, but they might not have the significant health benefits or anti-aging benefits that they are often marketed for. [9] The relationship between anti-oxidant consumption and health benefits are far more complicated than the fitness media would have you believe. Anti-oxidants get rid of free radicals and, in the right concentration, can aid in the prevention of oxidative stress caused by high concentrations of these free radicals. However, free radicals are still necessary; they mediate reactions in which unwanted cells are eliminated. If free radical concentration is decreased below adequate levels, it could interfere with essential defense processes such as apoptosis, phagocytosis, and detoxification. [10] A higher anti-oxidant intake does not necessarily lead to better health.

The literature has shown that there is no difference in the nutritional composition between organic and non-organic foods. Additionally, the pesticide residue in conventionally-farmed produce is minute and would require one to eat many pounds of vegetables per day to have any significant impact on health. One would most likely suffer more from some serious gas (from the fibre in that many vegetables) before the cadmium limit is reached! Conventionally farmed foods are still carefully regulated and must still meet criteria that makes them safe for human consumption.

Based on the data presented, choosing organic versus traditionally-farmed food may not make a difference in health. It is likely that the biggest difference when buying organic will be your grocery bill!

Miguel is a bodybuilder and powerlifter with a burning passion for science and fitness. He is studying Nutritional Biochemistry at McGill University, Canada, and has the goal of obtaining PhD in this field. Miguel plans on sharing his studies and research so that he can help others reach their health and fitness goals.[Continue]