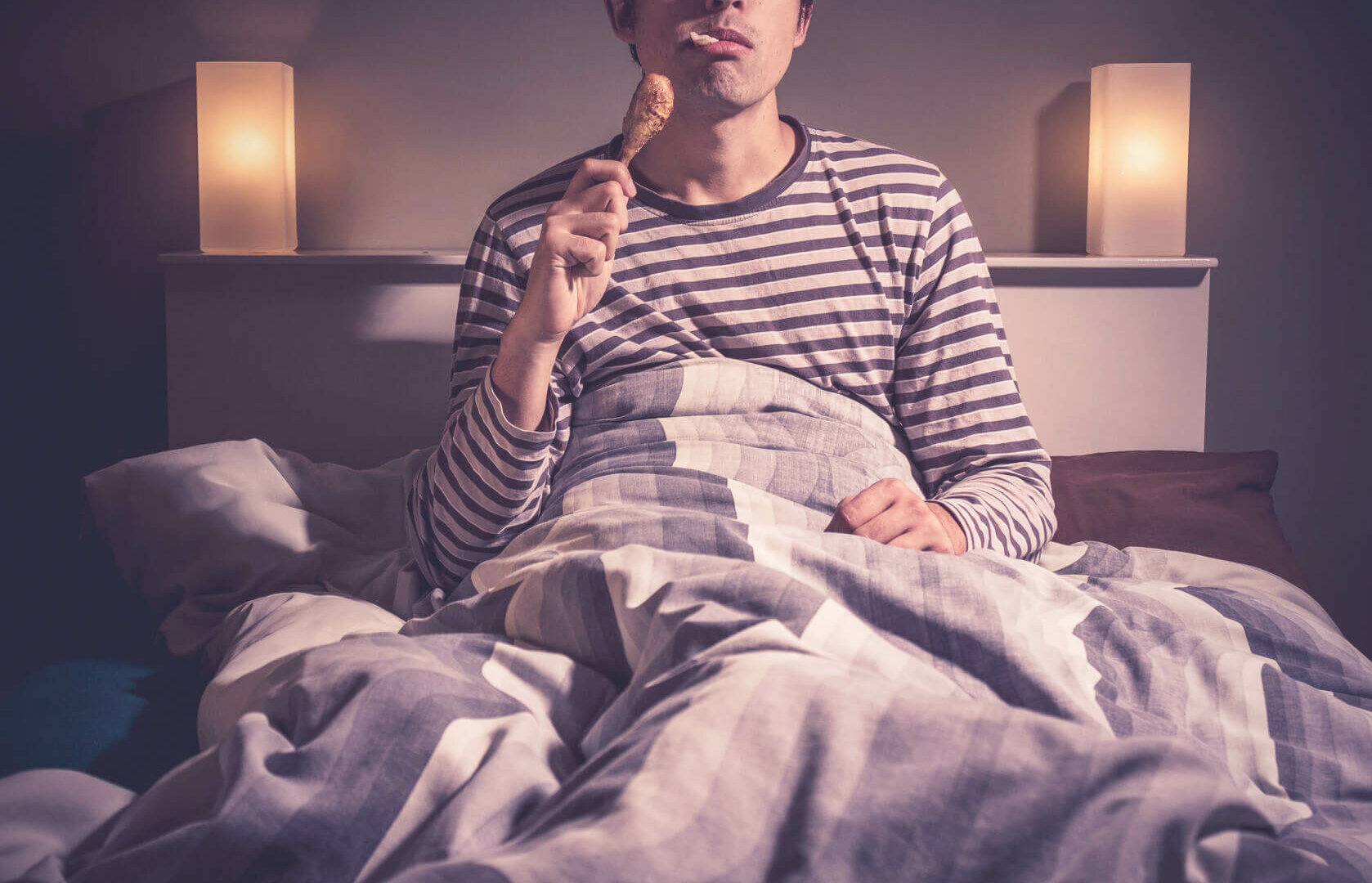 “Don’t eat before going to bed. It will make you fat!”

I’m sure we’ve all heard this statement once or twice from less than credible sources, but this statement couldn’t be further from the truth. It completely ignores the principles of meal composition, meal timing, and daily caloric intake. In this article, we will discuss how pre-bedtime meals, specifically those high in protein, can aid in maximizing your progress in the gym.

A study conducted by Areta et al. illustrated this exact point. This group of scientists wanted to analyze the levels of muscle protein synthesis throughout a 12-hour period following a bout of resistance exercise. Three groups were studied; bolus which consumed 2x40g of protein every six hours, intermediate which consumed 4x20g of protein every three hours, and pulse which consumed 8x10g of protein every hour. The results showed that the intermediate group had significantly higher muscle protein synthesis throughout the 12 hours when compared to the other two groups. [2] These results reinforce that protein timing and distribution is crucial.

Next, let us discuss what happens when we sleep. Sleep is a form of recovery. Our bodies are in a completely parasympathetic state where we are resting and recovering from our daily activity. This includes muscular rest and recovery as well. On average, sleep takes up about a third of our day, which is a long time to go without any food. Some people even stop eating two to three hours prior to going to bed, which is an even longer period of time without proper nutrition leading to a state of catabolism. Typically, the lack of circulating amino acids in the blood limits the body’s ability to repair and build muscle while at sleep. Thus, it is essential to provide our body with sufficient nutrients prior to sleep in order to repair and recover our muscles from previous exercise.

Meals high in protein prior to sleep can help elevate muscle protein synthesis for prolonged periods of time when compared to no protein consumption prior to sleep. A question that must be answered first is whether or not the body absorbs and uses protein efficiently during sleep similarly as it would during the day.

It would be interesting to see the same study design on younger adults to see if the 20g of protein is effective in this population. Nonetheless, the study was able to effectively illustrate that protein consumed prior to bedtime is effectively absorbed and used by our bodies similarly as it would be during the day-time, and elevates levels of muscle protein synthesis.

Now that we know that protein is effectively used by the body during sleep, another important factor to consider is what should you actually consume prior to bedtime. Many sports performance labs have evaluated the effects of various meal compositions and their effects on various performance related outcomes. Overall, the conclusions we can draw from these studies are that protein consumption on its own is anabolic, but protein plus carbohydrate consumption is superior. [4] Most of the studies evaluating the effects of mixed meal compositions on muscle protein synthesis have not been conducted pre-bedtime and more so after exercise.

There are a lack of studies evaluating the effects of mixed meal composition prior to bedtime. This might be due to the fact that carbohydrate ingestion prior to sleep will not greatly aid in recovery in the same manner it would directly after a bout of exercise. However, it would be interesting to see if there is some sort of benefit to carbohydrate consumption with protein before bed.

Next, we need to consider what kind of complete protein to consume. This is being extremely nitpicky, and it is important to say that there are minor differences at best between sources of complete protein, but some of us want to make the best possible efforts to assure that our time in the gym is supported with optimal nutrition. It is best to choose a slow digesting protein such as casein over something like whey. There is scientific evidence to show that casein protein has positive effects on morning satiety levels when consumed pre-bedtime when compared to whey protein. [3] Slower digestion also means there will be protein available for your body to use for a longer period of time compared to a faster digesting protein such as whey.

Joseph is currently a PhD student at Florida State University studying Nutrition sciences with an emphasis on functional foods. Additionally, he is personal trainer certified with the American Council of Exercise, and has worked with many clients. His passions include lifting heavy things and putting them back down, as well as designing effective training programs.[Continue]