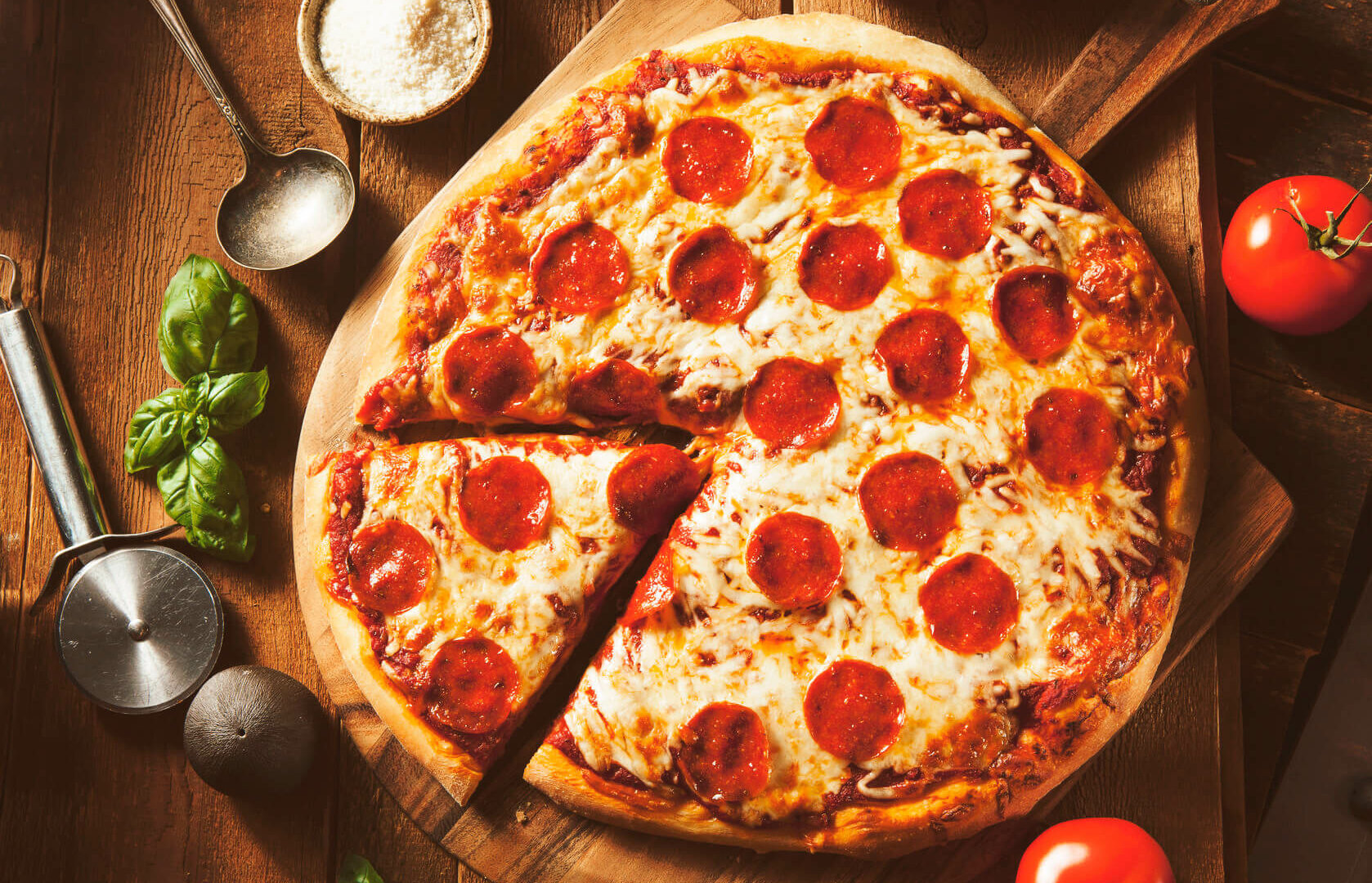 Right up there with rebound fat gain, one of the most common fallouts I see in athletes throughout the industry after concluding their dieting phase, is the fear they’ve incurred gnarly food allergies from dieting. Their dieting phase ends, they start eating more, and suddenly the bogus fear mongering of fitspos, coupled with legitimate digestive discomfort they’re experiencing, leaves them afraid to consume virtually any new foods for fear of intolerances or eating ‘bad foods.’

Now this isn’t to say food allergies can’t be acquired, nor to deter you from listening to any medical advice you’ve received, but before you go throwing out all your gluten, dairy and anything else the fitspo on Instagram warned you about before selling you some detox tea- please allow me to point out some other, very common, causes of digestions issues post-diet. I’ll also offer considerations for more easily re-introducing foods into your plan once you’re finished dieting and have more macros, and thus more food options, as you begin reverse dieting.

Before I dive in to some more technical considerations, I want to begin this article by comparing food re-introduction to reverse dieting strategies. Articles such as my ‘Why you Should Reverse Diet’ article here on BioLayne.com help cover a proper reverse dieting phase can be hugely beneficial metabolically, hormonally, and psychologically after the cessation of a dieting phase in order to prevent rebound fat gain. Suddenly consuming way more calories than your body has adapted to in your dieting phase can lead to regaining lost weight very quickly, and in many situations, even gaining more fat than you lost in the first place. By instead being more gradual with calorie increases, much of that can be greatly minimized.

Based on my published research into dieting & metabolism/hormones, and experience coaching athletes, I can say that looking at reverse dieting solely from a calorie/macro standpoint may not be the only thing worth noting. Also considering the types and frequency of foods you’re including can go a long way in helping your reverse transition go smoothly.

That’s because as we diet, calories decline and so does our food variety as we’re left with fewer and fewer macros. Although a separate section below will go into this more in depth, our bodies can adapt to the food types they’re exposed to, similarly to how our metabolisms adapt to the amount of calories our bodies are exposed to.

A sudden onslaught of totally foreign foods we haven’t eaten in months, even if within our macro allotment, can lead to a lot of GI discomfort just from the unfamiliarity of those foods in our systems. This is often not a food allergy we’ve acquired, but just a matter of our bodies adjusting to foods we haven’t been around in a while.

Just as calories are gradually added back in to our diets, so too, should food variety be. I’ve seen it happen more often than I can count. Athletes start reverse dieting and totally overhaul the foods they’re eating. After limiting favorite foods while in the final stages of their diet, they throw out virtually everything they’ve become accustomed to for largely foreign foods- leaving them feeling bloated, sluggish, and confused as to what’s going on.

Approaching your reverse diet not just from a gradual increase in calories/macros, but also a gradual increase in foods you haven’t had in awhile, can give your digestive system time to adjust and minimize discomfort you experience while getting back into your growth season/maintenance phase.

We’ve all been there at some point. It’s so common for people to end their dieting phase, and in the coming weeks resemble a lion that just caught their first gazelle in weeks- tearing, gnashing, and darn near swallowing each bite whole as they embrace their newfound sustenance. A little bit of humor, but honestly not far from the truth- it’s really easy to almost entirely neglect chewing food as a dieting phase ends and athletes are re-introduced to more food. It’s usually chalked up as a silly topic to even consider, but a large majority of people simply don’t chew their food enough, yet they grow increasingly frustrated as they experience digestion issues as total food increases post-diet.

You would be (and hopefully will be if you take my advice) surprised at how much better your digestion can improve by simply becoming more conscious of chewing your food sufficiently. After all, digestion begins in the mouth, and if we aren’t chewing our food well, we’re leaving some relatively large substances for our digestive tracts to try and break down. Much like a workers union interacting with their employers, if your digestive system has to overwork itself unnecessarily, you better believe you’re going to hear about it.

This isn’t to say you should start tracking your chewing like you track your weight training sets, but simply being aware of your chewing habits in a general way can go a long way in reducing digestive discomfort, especially when reverse dieting. It’s important to remember that chewing reduces the overall size of particles that pass through your system, and increase the surface area that digestive enzymes within your saliva and digestive tract can act on consumed foods [5]. Not to mention, it’s believed that increasing time spent chewing can increase signals of satiety within humans, helping us feel fuller with a given amount of food, which can be particularly helpful when reverse dieting and reducing the urge to overeat and regain unwanted body fat [3].

Building on what we’ve discussed so far, some of those adaptations our bodies undergo when food selection declines is on an enzymatic level. Just as the muscles we stimulate the best grow the best, so too do our digestive enzymes become more proliferated as they’re exposed to nutrients they’re required for breaking down.

As gut research continues, it seems that the food types we expose our digestive systems to affect the type and amounts of digestive-related bacteria that become more or less present. As we introduce new food types, our gut bacteria can, to a degree, shift to accommodate for the changing environment [6][1]. This could stand to reason why introducing an array of news foods all at once could create digestive discomfort. Gradually introducing foods we’ve been unaccustomed to in recent months can allow our digestive bacteria to adapt, and reduce the discomfort we may otherwise suffer.

Whereas someone may fear they suddenly have an allergy to say, potatoes or chocolate, it may very well be that they’re just introducing too much, too soon, and not allowing time for these adjustments. Before rushing to allergen assessments, consider more gradually adding new food types in and first seeing how that helps.

As a brief side note, dietary fiber is another factor that has continued to be shown as important for overall gut health and bacterial balance. The fermentation that’s undergone as dietary fiber transits through the digestive tract is believed to help improve the proliferation and balance of beneficial bacteria, helping to improve digestive function. This also serves as an example of how food sources (or lack thereof) can have potential negative effects on digestive enzymes [4]. Being conscious of your average daily fiber intake (14g per 1,000 calories consumed being the USDA recommendation) can also help ensure digestive issues aren’t an issue while adding food post-diet [7].

Another overlooked digestive consideration that can play into discomfort you may experience post-diet is that of muscular adaptation within the gastrointestinal muscles.

We know that as we lose body fat, we’ll undoubtedly lose some muscle tissue as less and less nutrients are available to support recovery and less energy is available to maintain strength in the weight room. In short, we’re less able to maximize the use of muscle tissue, and as a result, lose some tissue while dieting. Along the same lines, it’s important to remember that the stomach is a muscle as well, and with dieting comes less total work being undertaken by the stomach, and thus some incremental adaptations occur within its tissue as well.

Studies show that following periods of caloric restriction, overall gastric capacity declines as it adapts to gradually less food intake being processed [2]. Purely as an example, let’s say before you started dieting your gastric capacity had a ‘rank’ of 10 of 10. You start an extended dieting phase, which ultimately results in your ‘gastric capacity rank’ declining to a 6 out 10.

Then, once your diet is over, you suddenly jump back to eating how you did before starting the diet- same foods and same total volume. It can be expected that a 6-ranked stomach will have trouble processing a 10-ranked eating habit. Of course, gastric capacity isn’t ranked in a 1-10 scale within the scientific community, but this does offer a simple example of how suddenly jumping back to pre-diet eating habits can cause a lot of discomfort. Just like gradually raising total calories back up after dieting is important for minimizing unwanted rebound fat gain, so too could it offer benefits in allowing your stomach to adjust to the increase in food.

Gluten intolerance is possible. Lactose intolerance is relatively common especially in aging adults. Food allergies can be acquired through life. This article in no way disputes that some foods simply don’t sit well with some people, or that food allergies & related health issues don’t exist. However, sadly uninformed ‘influencers’ throughout the fitness industry use this fact to greatly over exaggerate their commonality and use it as an easy source of fear mongering and selling bogus plans & products.

If you legitimately feel you may have acquired a food allergy or intolerance, seeking professional medical advice is obviously advisable. However, before jumping on the anti-gluten or anti-dairy bandwagon, use the above points as a checklist of things you may not yet be doing that could greatly, and relatively easily, improve your digestive comfort as you transition back into a higher calorie intake after wrapping up your diet.

Andrew Pardue is a contest prep coach and the owner of APFitness. With a degree in Exercise Science, minors in Chemistry and Entrepreneurship, and being a Certified Strength and Conditioning Specialist (CSCS) through the NSCA - Andrew focuses on science-backed research to develop the most effective training and diet for physique athletes, while keeping long-term...[Continue]