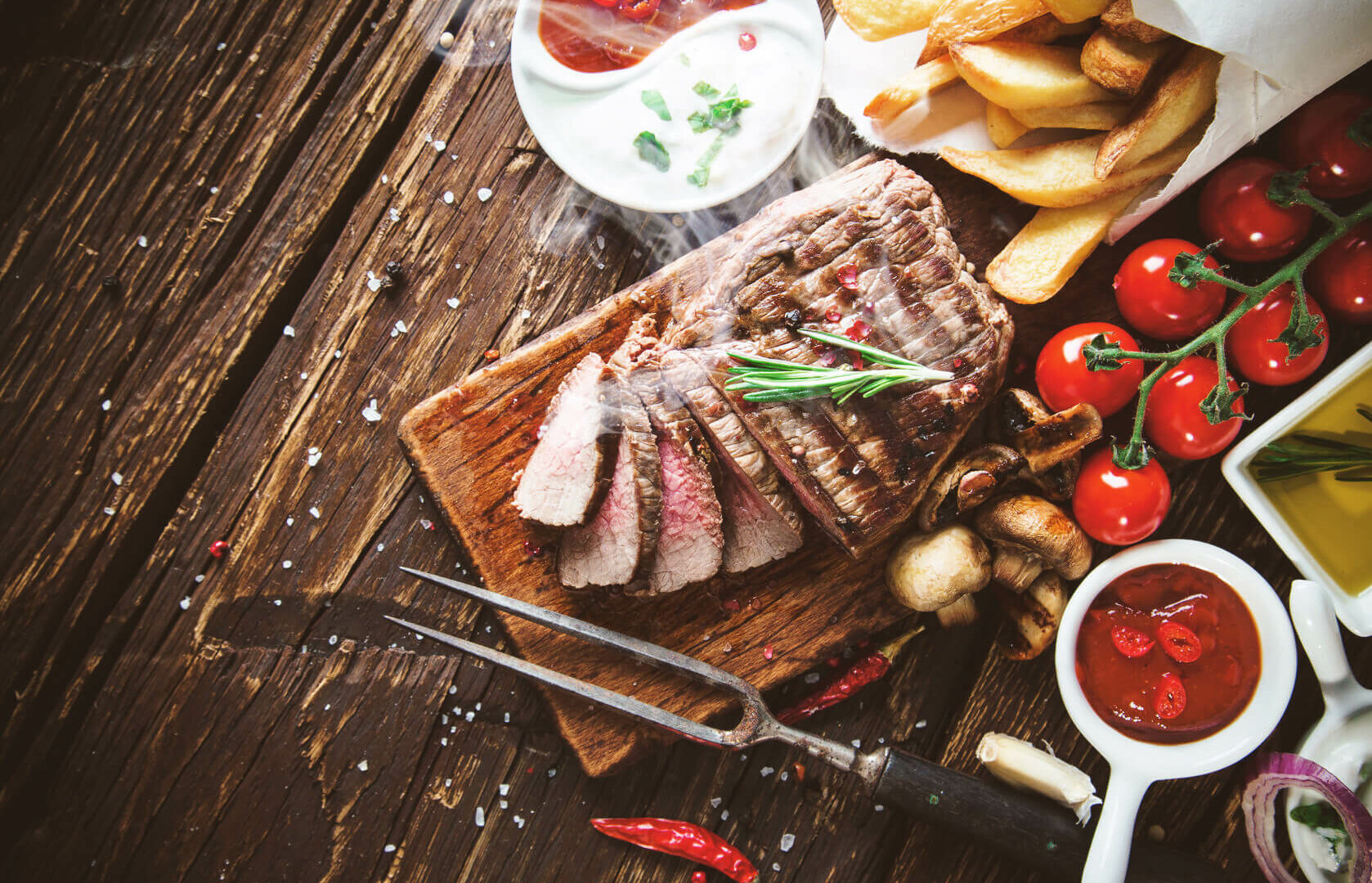 How to Set Carb and Fat Intake for Maximal Gains

Let’s say you have set the caloric intake and protein intake based on your goals. The next step is to distribute the remaining calories into fat and carbs.

Protein always gets the most attention because it is necessary for protein synthesis and building muscles, but what about carb and fat intake? For endurance athletes, it is known to be ideal to eat a high-carb diet, however, what about a strength trainee? Low carb/high fat diet, high carb/low fat diet, or something in between, which one is optimal? This article will help shed some light and give some guidelines you can follow.

Each gram of dietary fat contains 9 calories and is mostly stored in adipose tissue. Fat is an essential nutrient that is vital for many functions in the body like; protection of vital organs, an energy source and reserve, thermal insulation, vitamin carrier and source, to name a few [1]. The function that fat has within the body when it comes to muscles is less known.

1 g of carbohydrate contains 4kcal and it is stored as glycogen in the body; about 100g in the liver and 350-700g in muscles, depending on the individual amount of muscle mass but approximately 15g per kg muscle [10][11]. Glycogen is converted to glucose before it is used and is one of the precursors that ATP (energy) is made from.

Studies involving a strength training session reduced glycogen stores by 24-40% [10], which makes one question if a high carb diet is necessary. The depletion of glycogen depends on the volume and the duration of the training session. The importance of carbs pre-exercise varies between studies, with the ones favoring more carbs being the ones employing two training sessions per day, which does not represent the majority of the training population. Other studies have the participants performing endurance training prior to the strength training in order to reduce glycogen levels and have subsequently seen lower performance. This kind of exercise order is also not regularly performed by the average Joe that is trying to make gains. However, one could argue that at least some carbs before the training session doesn’t hurt.

During resistance training, the body derives energy from ATP, creatine, and obviously glycogen as noted from the reduction in glycogen storages. Glycolysis uses glucose as a substrate, primarily from carbs, but glucose can also be converted from glycerol (a part of a fat molecule), lactate and some glycogenic amino acids [11]. It has been shown that glycolysis provides ~80% of ATP production after 1 set of elbow flexion taken to muscular failure [12]. Since glycolysis uses primarily carbohydrate as a substrate, one would think that having a sufficient carb intake would be most beneficial. It is thus believed that hypertrophy training with more repetitions has a greater effect on muscle glycogen than lower reps [13]. This sounds logical based on the short basic energy info above. Recovery may therefore be faster, both between sets and between sessions.

Mechanical data have shown that a low-carb state raises AMP-activated protein kinase (AMPK), which indicates a low energy state in the cells, and is believed to attenuate signaling pathways for muscle growth [10][14][15]. However, other signaling pathways are also activated and some data suggests that protein synthesis is raised equally in both low- and high- glycogen stores [10]. A limitation to this is that some of the studies employed a low volume of training and the data are short term. Camera et al. 2012 found that a low muscle glycogen state did not suppress anabolic response to resistance training [16]. Again, at best, a low-glycogen state performs as good as a higher glycogen state, but to be on the safe side, consume carbs.

We know that as long as protein intake is sufficient, carbs don’t have an extra effect on protein synthesis [17]. It’s often stated that you need a lot of carbs to stimulate enough insulin to keep protein breakdown lower, but protein stimulates enough insulin itself, and the anabolic response post-exercise is believed to be largely due to an elevation in synthesis with a smaller change in breakdown.

While all this sounds reasonable, from a scientific side – the most important are long-term studies employing resistance training with a lower carb/higher fat vs a higher carb/lower fat intake.

Let’s have a look at the published research in this area, in lean athletes and resistance trained individuals:

8 young elite gymnastics athletes participated for 30 days. It was a crossover study where the participants first followed a ketogenic diet for 30 days, then after a washout period, 30 days with a typical western diet. Strength tests were done at baseline and after each diet period. They had an average training volume of 30hours per week. Unfortunately, there is no info about the actual resistance training program. There were no significant differences in any of the strength tests between groups. The keto group had a slightly favorable change in body composition which can be explained by a 300kcal reduction in caloric intake. The protein intake was also 2.85g/kg/d in the keto diet and only 1.2g/kg/d in the western diet period, which is considered to be a low protein intake for a strength trainee.

“The effect of weight loss by ketogenic diet on the body composition, performance-related physical fitness factors and cytokines of Taekwondo athletes” [19]:

20 young taekwondo athletes were randomly assigned into two groups, a ketogenic diet group and a non-ketogenic diet group for 3 weeks. Body composition and strength test were done at baseline and after 3 weeks. As above, the athletes had a very high training volume, 30h per week, consisting of strength and taekwondo training. Results showed no difference in body composition or strength tests between groups after the 3-week period. That said, strength tests consisted of grip force, “back muscle strength”, sit-ups done in 60sec, 100m sprint and standing jump.

Both these studies have shown that for highly trained athletes, there was no difference in body composition or strength.

Effects of a short-term carbohydrate-restricted diet on strength and power performance [20]:

31 resistance trained men and women followed a ketogenic diet for 7 days then a habitual diet for 7 days. No change in 1RM benchpress, squats, and max reps benchpress or 30sec wingate cycling test between diets. The low carb diet consumed significantly less carbohydrates and thus reduced body mass more. The limitation to this study is that it was of very short duration.

A moderate carbohydrate and fat diet does not impair strength performance in moderately trained males [21]:

6 resistance trained men, 6 aerobically trained men and 6 sedentary consumed isocaloric diets in a crossover design lasting 3 weeks each period. The diets consisted of either high carb/low fat (62% / 6.3g/kg/d carbs, 20% fat, 18% protein), or moderate carbs/fat (42% /4.2g/kg/d carbs, 40% fat, 18% protein). At baseline and following each condition muscular strength and endurance were tested in isokinetic knee extension and flexion, in addition to regular bench press. Subjects were told to maintain their regular training during each dietary period. Average number of training session for each group were 8.7 in the 3-week period, which is close to 3 sessions per week. Exercise logs showed no dietary effect on training performance. Subjects did the strength tests after each period and showed no difference in peak torque, total work, 1RM or maximal reps in bench press at 80% 1RM between the carb groups.

This study therefore demonstrate that a moderate carb based diet performs just as well as a higher carb diet over a 3-week period.

Just recently, a paper regarding crossfit training and carb intake was published;

The effect of a moderately low and high carbohydrate intake on crossfit performance [22]:

18 male and females were recruited and followed a medium carb diet for 5 days, of <6g/kg/d. The researchers then divided the participants into two groups, where one of the groups continued to follow the same diet whereas the other group increased carbs to 6-8g/kg/d for 3 days. Subjects performed prescribed CrossFit workouts on two days and performance tests on day 1,5 and 9. The reporting of the medium carb group showed they had eaten 3.13g/kg/d, whereas the high carb group had eaten 6.3g/kg/d. There was a small benefit for the high-carb group on performance of repetitions performed during a 12min workout. However, the difference was not significant. Worth mentioning is that the high-carb group had a slightly higher protein and caloric intake, which could explain the effect. Since this was a short-term study, the authors state that it may be plausible that a longer-duration intervention may have shown a significant effect. Crossfit is not exactly hypertrophy or strength training, but since it most likely depletes more glycogen it is worth mentioning. So, either it helps or has a neural effect.

Conclusion-is a low-carb or keto-diet the answer?

There are very rarely any black and white answers in exercise and nutrition. It seems like a higher carb diet helps, or has a neural effect. If you live a sedentary lifestyle outside the gym, you might be able to make good progression (especially strength) with a lower carb diet. If you thrive on a more moderate/high-carb diet and you are making good progression you most likely don’t need to change to a low carb diet, based on the evidence right now. However, the only way to find the best approach is to try both, since there are probably some individual differences to carb tolerance.

Practical recommendations you could try after you have set your protein intake:

Fredrik Tonstad Vårvik is a MSc student in exercise physiology. He is an online coach, writer and researcher with focus in the areas of resistance training and nutrition. Fredrik has completed a bachelor in nutrition and a bachelor in sports science. He is the owner of FredFitology.com.[Continue]