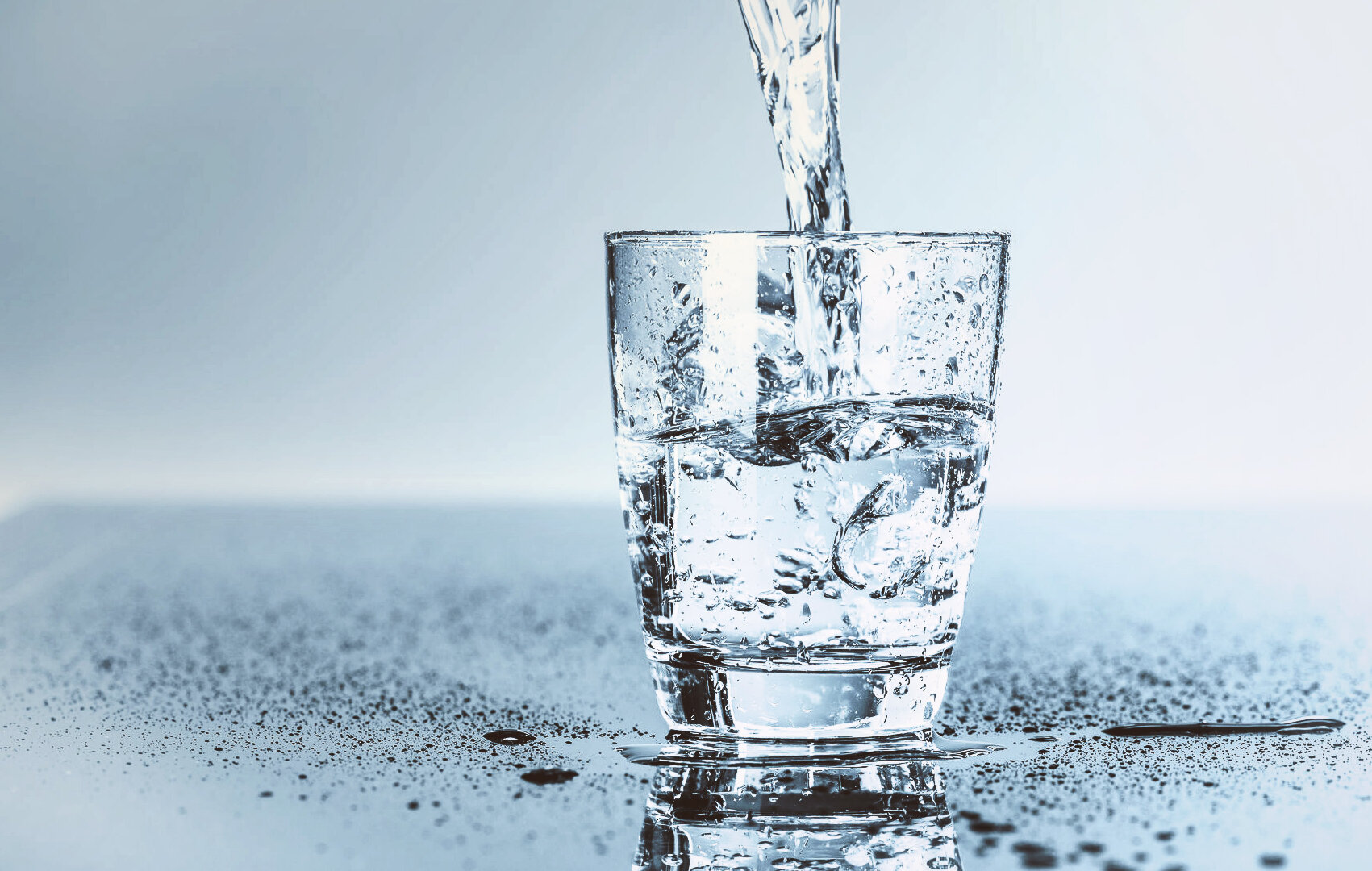 The Thirst is Real

The thirst is real. And I am not talking about the type of thirst where you look at Instagram models all day when you should be working. I am actually talking about water. Believe it or not, I run into people who forget to drink water. Or perhaps “forget” is the better way to state that. I don’t know if that trait is better or worse than those unicorns who supposedly forget to eat in a given day. And while it is common sense—at least I hope it is—that water is important for us, there are still some valid considerations out there regarding how much water we should drink, what “counts” towards our levels of hydrations, and just where did eight glasses a day come from?

Think back to your physical science class. I know it was in eighth grade. I also know that if you are in any way like me at all, you probably were having fun playing with the Bunsen burners and setting those little wooden sticks on fire while the teacher wasn’t looking. However, if you are like me, you also learned some cool stuff. Namely, that water is a solvent, which means you can mix stuff in it and it will dissolve. And those substances you can mix with water to dissolve are known as solutes. In fact, water can handle more solutes than any liquid, and thereby has the nickname of The Universal Solvent.

So to give you an idea of how this works, think about iced tea. You use the water to boil the leaves, leaving you with tea. You put the sugar in it, stir, and it dissolves giving you this lovely drink that happens to be very popular on hot days in the southern region of the United States. The watery beverage is the solvent, the sugar is the solute.

And while you’re mixing the tea, what happens if you put too much sugar in it? You might notice some solid sugar particles floating to the bottom of your pitcher. You now have what is called a saturated solution. To bring this solution to equilibrium, you need to do one of two things. One option is to remove the extra solute. In our case, the sugar. Scrape it off. Or, the other option is to add more solvent to accommodate the extra solute.

Or, you can also change the structure of the solvent to accommodate more solute that you might not be able to fit into the solvent at room temperature. So if you have ever had tea so sweet you feel your teeth falling out, this is how someone made it. They kept the tea hot, the molecules expanded, and they stuffed more sugar in those molecules than they could fit while it was at room temperature.

While we don’t necessarily have tea inside of our cells, the general idea of the tea analogy is the same. About 65% of our body’s water is intracellular, meaning that it’s actually in our cells. The other third is extracellular. The latter is what carries nutrients and waste throughout, to either use or excrete. Kravitz states

Minerals such as chloride, potassium and sodium participate in the maintenance of the ICF [Intracellular fluid] and ECF [Extracellular Fluid] levels; a process governed by hormonal messages from the brain and the kidneys. If any molecule becomes too concentrated in one fluid compartment, it will pull water from the other compartment to dilute itself. For instance, eating pizza often makes a person thirsty. This is because the sodium from the pizza sauce and cheese (and meats) accumulates in the ECF, pulling water from the ICF. Cell sensors detect this change and signal the brain that the cell is dehydrating. The brain (specifically the hypothalamus) sends a signal to drink more water. [1]

If you think back to that physical science class, you might recognize that process as osmosis. So it’s obvious that maintaining proper hydration is important for cells to function properly. Imagine if you ate the pizza but didn’t increase your water intake. It would throw your electrolytes out of balance, and you’d be extremely thirsty.

How Much is Enough?

Like overall macronutrient intake and lifting volume, it depends on a variety of things. Dehydration risk increases in the elderly, but before that, the estimates of dehydration in adults is about 16-28%.[2] Moreover, Gandy notes that there is a link between water consumption and chronic diseases as well as cognitive function. But the point of note is that there needs to be an improvement in methodology to determine accurate intake of fluids.

So what are we defining as fluid intake? Studies will note that everything has water in it. Not only that the degrees of water varies food to food. A bowl of soup with vegetables has more water in it than a well done beef patty. So Gandy notes that the European Food Safety Authority estimates that 20-30% of fluid intake comes from food, and in places like China, where there are more liquid foods, like soup, up to 40%.

On an individual level, we can see that our diets, then, will determine how much fluid we need. This is one area where food tracking can help you out. In addition to that, monitoring our actual bodily sensations comes into play, too. So instead of being a gym bro and always carrying a gallon jug around, perhaps it would be more beneficial to carry around the jug but, depending on the circumstances, exceed that intake or not meet it.

Speaking on a personal level, I live in Florida. If you are unaware, it is sweltering here. In the height of summer, my water consumption can exceed a gallon, up to a gallon and a half in some cases. I also sweat a lot. So this factors into it as well. I am losing electrolytes and water just by completing an intense training session. On a rest day, if I don’t go outside, and I sit around playing Batman: Arkham Asylum, I won’t need to consume anything close to a gallon on that day.

What does this mean for you? It means that you should monitor how you feel. And drink and eat accordingly. So some things into account:

All these things don’t necessarily need to be written meticulously into your food log, unless you want to. But your sensations for thirst will let you know what you need and when you need it.

What About my Eight Glasses a Day?

It turns out that the old standby is less a hard and fast rule and nothing more than arbitrary. To quote Kravitz again

Surprisingly, no scientific evidence can be found that supports this “8 X 8” recommendation. In a superbly researched and written review, Heinz Valtin (2002) traces the origin of this recommendation to two possible sources. One source is an ‘unreferenced’ excerpt within a text (Nutrition for Good Health) authored by Drs. Fredrick Stare and Margaret McWilliams in 1974 which recommends around 6 to 8 glasses per 24 hours, and this can be in the form of coffee, tea, milk, soft drinks, beer, etc. However, Valtin highlights a much earlier origin in 1945 by the Food and Nutrition Board of the National Research Council which states ‘A suitable allowance of water for adults is 2.5 liters (which is approximately eight 8-ounce glasses) daily in most instances…’

Kravitz further notes that we lose about a liter of water via the respiratory and some parts of the excretory system. Breathing, defecating, and sweating, namely. Add to that, we expel at higher levels, a liter and a half of water through urinating, and that puts the total loss at 3.5 liters. Of course as I said before, your activity and other levels determine that, so it makes sense to at least drink about that much. As it happens, maybe around a gallon isn’t such a bad idea to establish a baseline. You can opt for more or less depending on your size as well.

And finally, the burning question. What about coffee? Well, good question. Over 500mg of caffeine (roughly five cups of coffee) can act as a diuretic, but in lower doses, you can accumulate a tolerance of it. In the same cross-over study, Killer et. Al note that “[a]lthough the data are somewhat varied, the general trend is that higher doses of caffeine in caffeine-naive individuals will elicit an acute increase in urine volume, yet a low to moderate dose of caffeine does not induce a diuretic effect.” So, if you aren’t used to drinking coffee, you might want to drink a bit more water at first. Other than that, if you don’t have an IV of coffee linked to you, coffee won’t affect your overall hydration provided you drink enough fluids on a whole, throughout the day.