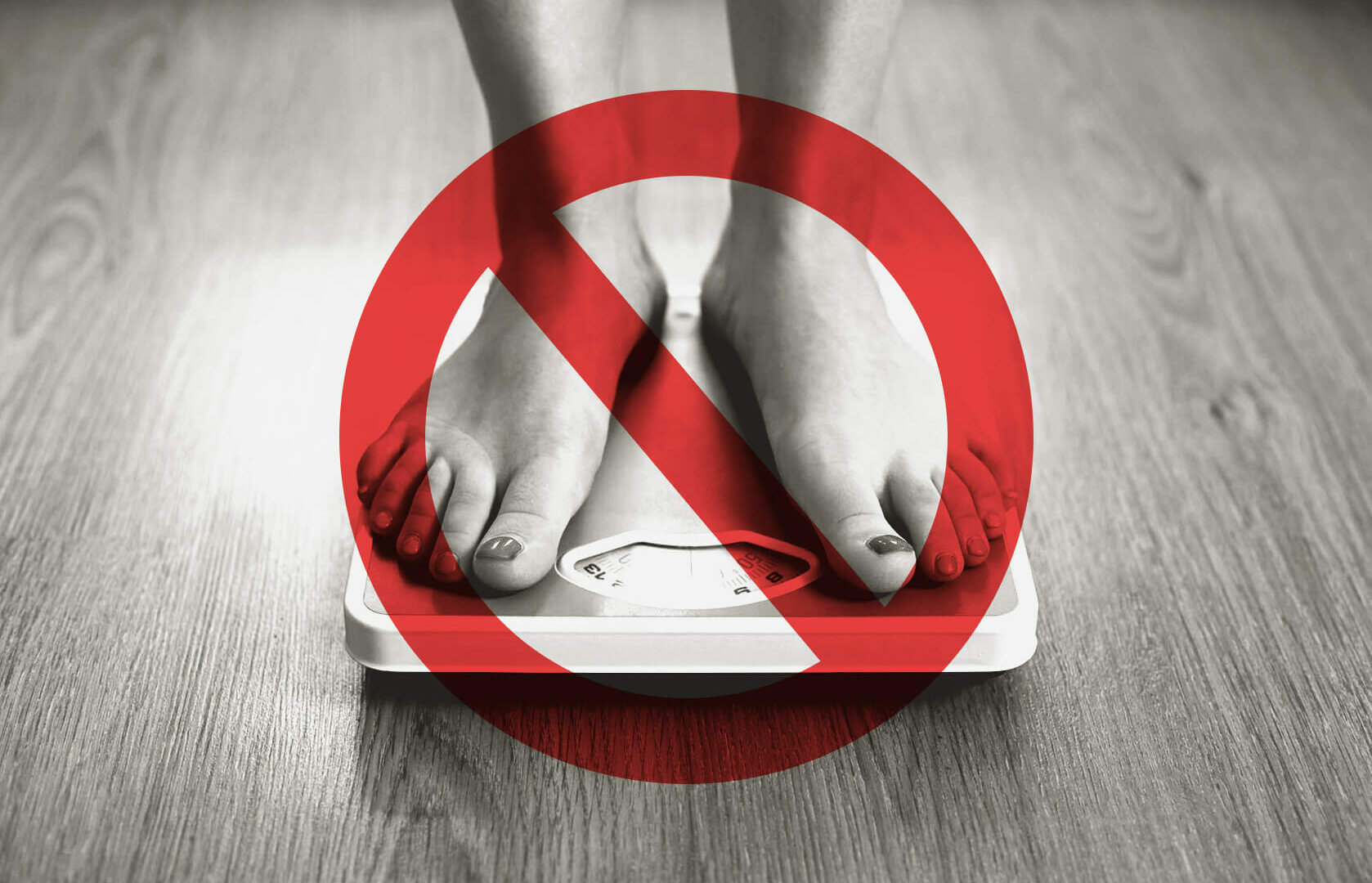 These days, everyone and their grandma is trying to battle the bulge. Whether you’re preparing for beach season or just trying to look and feel a bit better, dieting is going to be the key. With so many diets out there, it can be difficult to figure out just how you should set up your own diet. The worst part is that many dieting strategies are contradictory to one another. The ketogenic diet severely restricts your carbohydrate intake, while the Mediterranean diet advocates a much higher carbohydrate intake. The vegan diet eliminates animal products, while most other diets will promote intake of lean meats and dairy. You can see how these conflicting beliefs can get confusing rather quickly.

The truth is that pretty much any diet will work if it is applied correctly. Whether you eat carbs, meat, dairy, gluten, etc. doesn’t really matter much (unless you have an allergy). What really matters most is whether you can sustain a caloric deficit and adhere to the dieting strategies you choose. With that being said, there are many mistakes that will make it much harder for you to lose weight. In fact, some dieting strategies might actually lead to the reverse effect compared to what you had intended. As such, it is important for you to educate yourself on which dieting mistakes are the most harmful to your success.

Probably the most common mistake that people make in dieting is starting off too aggressively. It is common knowledge that a calorie deficit leads to fat loss. However, many will take this information and apply a “more is better” approach. That is, they will start their diet in a huge caloric deficit in order to lose weight more quickly. While this strategy makes sense on paper, it doesn’t really work well in practice.

For starters, the huge caloric deficit will lead to very unpleasant side effects. Constant hunger, irritability, fatigue, and brain fog will likely make your day to day life hard to endure. This often leads people to quit their diets pretty quickly.

What’s worse is that these extreme deficits will actually damage your metabolism quickly and lead to stalls in your weight loss. And to make things worse, it actually sets you up to gain back more weight than you lost once you quit the diet. So, even though it seems alright on paper, dieting too aggressively may actually lead to weight gain in the long run. Just as with anything in life, you need to have a game plan in place to be successful. People often fail to plan out their meals for the week ahead, which makes eating healthy a bigger challenge. You might find yourself on a business trip in search of an appropriate meal, or perhaps you run out of food at home and are “forced” to grab some take out. In these cases, it behooves you to plan ahead in order to keep eating according to plan.

This may take the form of meal prep so that you have easy home cooked meals available at all times, or it could simply mean finding a restaurant that has a diet friendly option for you. Either way, a little bit of planning helps you stay on track and keep the diet going strong.

Although it seems logical that a consistent calorie deficit means consistent fat loss, the pathway is often complicated. Some weeks, you’ll lose a bunch of weight only to lose nothing or even gain weight on others. These tough weeks are often met with extreme stress and anxiety. After all, weight gain means your calories need to go down, right?

As it turns out, our body is a wonderful but complicated system. You might be losing fat even though the scale refuses to move. Water intake, glycogen depletion, sodium intake, hormonal balance, etc. can all cause dramatic swings in your bodyweight. The worst thing to do is to react to each of these swings by changing your diet. This will only cause stress and unwanted adaptations over time. Instead, keep course and make changes only after a consistent reading is seen for a week or more.

Being Too Focused on the Scale

It’s understandable that people get a little caught up in what the scale says. After all, it seems like a very objective measure of dieting success, but as mentioned earlier, the body doesn’t lose weight in a linear fashion. Furthermore, some will actually find that their bodies look better despite not losing or even gaining weight.

This is especially true for beginner and some intermediates who can actually “recomp” a bit by gaining some muscle as they lose fat. Rather than seeing the results on the scale, these people will notice changes in the mirror or in the way their clothes fit. In this case, you’ve actually made awesome progress despite the scale saying otherwise.

Dieting and deprivation often go hand in hand. Most feel that they’ll have to deny themselves all their favorite foods in order to lose some fat. However, while you may have to limit some of your favorite treats, too much restriction can make for an unnecessarily hard time.

The truth is that you are better off allowing some small indulgences from time to time. This makes it much easier for you to adhere to your diet over time. It also helps to prevent any tendencies to binge eat the foods you’ve been restricting. These binges can have serious consequences, not only to your waistline, but to your mental health as well.

Similar to dieting too aggressively, exercising too much can be a bad idea. You may lose weight more quickly at first, but it will likely catch up with you in the end. By starting off with too much exercise, you basically handicap yourself. When weight loss stalls, you usually have two choices: drop calories, or increase activity. However, when exercise is already high, you’re only left with dropping calories. Eventually, you run out of real estate in terms of calorie intake and you find yourself stuck.

Additionally, doing too much exercise in a depleted state is a recipe for disaster. All of the stress and trauma you do while training just isn’t fully repaired when you diet. Over time, this lack of recovery can lead to injuries. This will no doubt make you exercise less, which means you may actually start gaining weight despite continuing to diet hard.

Everyone wants to believe there is an easy way out when it comes to dieting, but the harsh reality is that supplements alone won’t make you successful. All of the caffeine, appetite suppressants, and thermogenics in the world can’t make you lose fat for long enough to reach your goals, at least not without causing serious harm to your health anyway.

The truth is that some supplementation can make your diet slightly more successful, provided you have solid principles in place first. Caffeine could help you keep the intensity in your workouts or quiet those hunger pangs. Thermogenics might help you to shuttle a few more grams of fat for energy during your workouts, but unless your diet is controlled and you’re in a caloric deficit, these supplement will do little more than make your wallet lighter.

Imagine dieting for months to get to your target weight or body fat percentage only to see yourself go all the way back to the start. Unfortunately, this is a reality for many people who diet these days. The problem is that they don’t have an exit strategy for when they stop dieting. They simply stop dieting and give in to all the cravings they had over the past several months.

In order to have lasting success with your diet, you have to figure out how to transition from fat loss to weight maintenance. The most effective way to do this would probably be via reverse dieting. This helps you to build your metabolism back up so that your calorie intake is more realistic for maintenance purposes. For some, reverse dieting might actually be more difficult than dieting itself, but staying strong and disciplined during this time will keep your weight in check and put you in a position to succeed for the long term.

We all know that losing fat means you’re going to have to pull back on your caloric intake. This often means restricting yourself at times or even increasing your activity levels in order to reach your goals. However, the strategies you choose to employ in your diet can make or break your success. Overly aggressive or restrictive diets often result in poor adherence and outcomes. Similarly, being too reactive to your results or failing to plan ahead can unravel all of your progress. As such, it is important to avoid the common mistakes that are mentioned in this article. Dieting is going to be an unpleasant experience at times, but by dieting smarter, you can make your life much easier and enjoy the fruits of your labor.