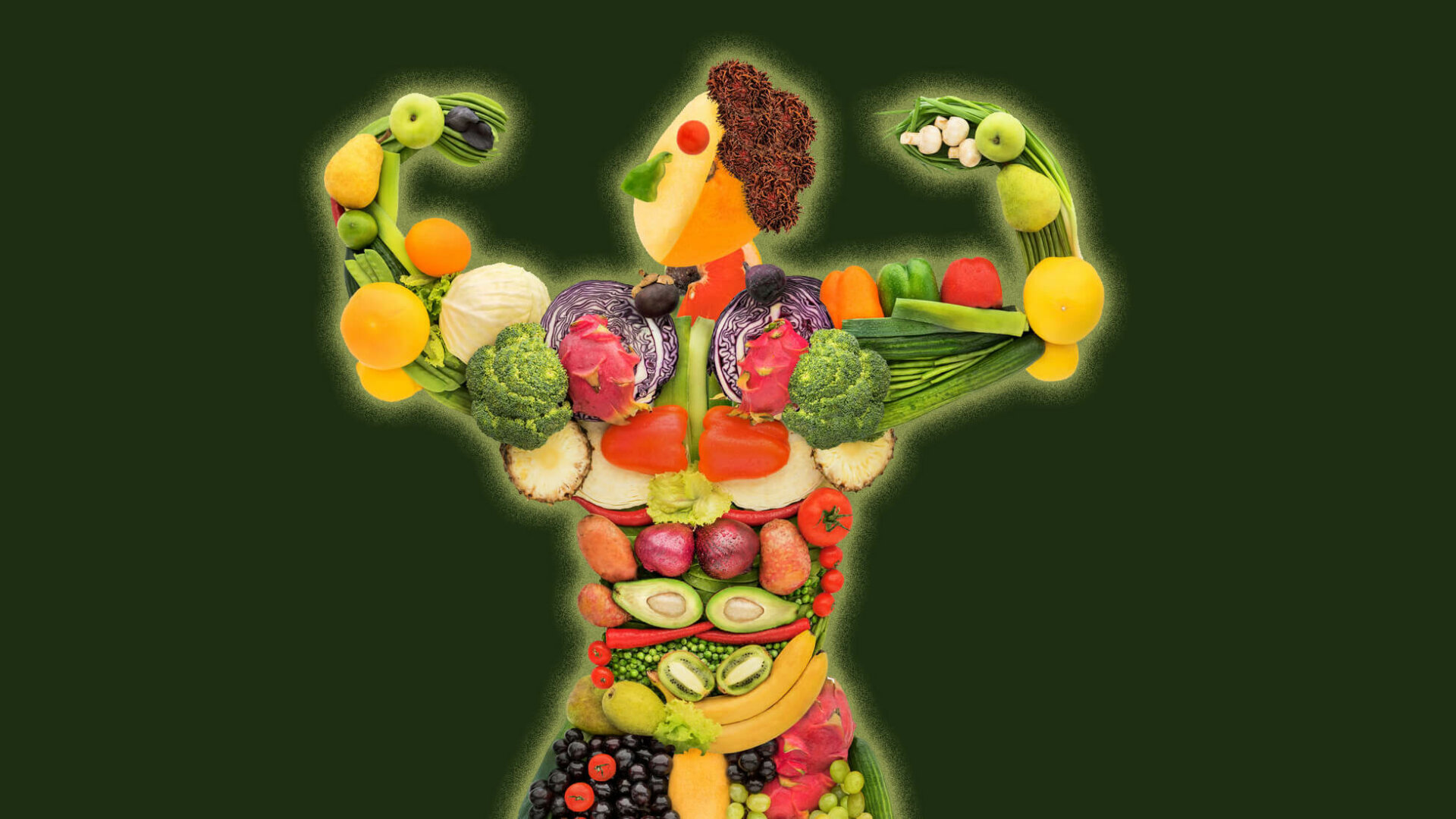 Will Veganism Kill Your Gains?

So many diets have come into existence over the past several years thanks to the unprecedented connection that the internet affords us today. People can share their experiences and thoughts on every diet you can imagine which often inspires others to follow suit. As a result, you get a rise in popularity for things like the ketogenic diet, paleo diet, vertical diet, and so many more. And while this gives people many options in what kind of diet they wish to follow, it also means that much debate will be had over the efficacy of those diets.

One of the most hotly debated diets in recent times would be the vegan diet. This is certainly not a brand new way of eating as many cultures have followed a vegan or vegetarian diet for many years. However, recent documentaries, social media influencers, and marketing campaigns have made the diet more popular than ever, so much so that it has begun to trickle into the world of fitness as well. Many well sculpted individuals have switched to a vegan diet and touted it as the key to getting shredded easily. Even strength athletes have gone vegan and continued to have success in lifting heavy weights.

However, you will also find many people who wholeheartedly object to the use of a vegan diet as far as performance is concerned. They feel that being vegan will undercut your ability to grow as big and as strong as possible. After all, there aren’t many high level bodybuilders or powerlifters who follow a vegan diet. But is this really the case? Can you be vegan and still have success as a strength and/or physique athlete? The key lies in how you apply the vegan diet and the strategies you use in navigating this diet. Although it is certainly more challenging, being vegan doesn’t have to spell disaster as far as strength and muscle mass are concerned.

Lots of people are sprouting up on social media advertising their vegan lifestyles while sporting heavily muscled bodies. This gives many people the illusion that they achieved that body through a vegan diet. However, this is often not totally true. Many times, these people were meat eaters their whole lives up until the most recent year or two. They built most of that muscle while eating animal products over several years. Then, they switched to a vegan diet and managed to hold on to that muscle, maybe grow a bit more, and possibly lean out a bit. Maintaining that muscle mass on a vegan diet is a lot different than building all of that muscle on a vegan diet.

Additionally, it is possible that some of these heavily muscled and ultra-strong vegans are relying on some “supplemental” help in the form of steroids. Yes, even vegans are tempted to use performance enhancing drugs just the same as meat eaters. This gives a sense of false hope to those who go vegan in order to look like them. This isn’t to say that all of these people are on steroids. Certainly, there are genetic outliers who can build incredible muscle mass with or without meat consumptions. but we still have to be smart about what can be achieved naturally, especially over a short period of time while following a vegan diet. It’s Harder Being a Vegan

Many vegan social media influencers make it seem as though the fit vegan life is super easy to follow. However, they often have sponsorships from food and supplement companies who deliver convenient packages to them regularly. They don’t have to spend the time researching and shopping for all the necessary foods to support their lifestyles.

In reality, the reason that many people struggle to make gains with the vegan diet is the difficulty that it presents as far as getting the right nutrients to support hypertrophy and performance. Animal products, and meat especially, carry so many important nutrients that we need in order to fuel our bodies correctly. Chief among them, as far as hypertrophy goes, would be the high quality, complete protein that animal products provide. Animal sources of protein are far more efficient at stimulating muscle protein synthesis and are more convenient as far as hitting specific macronutrient targets are concerned. Don’t get me wrong, there are plenty of high protein vegan foods. Unfortunately though, they are often incomplete sources of protein or are accompanied by high levels of fat or carbohydrates, which can make them difficult to fit your macros.

Beyond the protein content, animal products contain many vitamins, minerals, and nutrients that are harder to get from plant sources alone. I’m not saying that you can’t get all the same nutrients from a variety of plant sources. However, it may take some work and cost you a lot more money to find and purchase the plants that will supply you with the nutrients you need. Furthermore, these nutrients often exist in a form that is much harder to digest/absorb in plant sources. That means that you have to eat more of them in order to get the same net effect in your body. This often drives people to have to rely on supplements rather than getting all of these nutrients from food sources alone. In the end, building strength and especially muscle on a vegan diet often takes more work, money, and time compared to building the same amount on a non-vegan diet.

Getting Enough of the Good Stuff

It should be clear that following a vegan diet doesn’t necessarily spell disaster for your muscle and strength. However, you definitely need to be more careful of what you eat in order to have success. Now that we have covered the background info, let’s dive into the nutrients you should be cognizant of as a vegan strength and/or physique athlete:

As I stated earlier, it is tougher to get complete, high quality sources of protein as a vegan. And even when you do, it often comes with a large dose of carbohydrates as well. This could mean that you feel hungrier since you have to spend more of you macros on a given bolus of protein. Additionally, you actually need to ingest a bit more protein in order to get an adequate amount of leucine since plant based sources have much lower leucine content [4]. This makes it even more challenging as far as hitting macros and food cost is concerned. However, soy products and plant based protein powders could help in this area.

One of the hardest nutrients for vegans to get on a consistent basis are the omega 3 fatty acids. Sure, flax seeds and chia seeds can give you omega 3’s, but not all omega 3’s are created equally. EPA and especially DHA are much more important to our health than ALA. Unfortunately, almost every vegan source of omega 3 contains a ton of ALA but little to no EPA/DHA. Making things worse, humans are terrible at converting ALA to EPA and DHA with less than 1% of ALA being converted to DHA [3].

One of the only good vegan sources of EPA and DHA would be algae or algal oil. You can find these sold in specialty stores or as a supplement in pill form. But again, the absorption of algal omega 3 is not as robust as animal sources. So, you’ll need to take more of it in order to get the same net effect.

Many vegetables are rich in B vitamins, especially dark leafy greens. However, Vitamin B-12 is one that is not found naturally in plant sources. This makes it one of the more common vitamins to be deficient for vegans [1]. As a result, vegans need to be sure to include B12 fortified food in their diets, or find a B12 supplement to take regularly.

Vitamin D can also be troublesome for vegans given our lack of sun exposure these days. Cholecalciferol (D3) is often found in animal products, which helps non-vegans. But the Vitamin D found in plant sources is often hard to absorb, making it difficult for vegans to keep their levels up [5]. Thankfully, vegan sources of D3 are now available which makes it easier for vegans to get enough. Alternatively, vegans can spend 15-30 minutes in the sun per day in order to address this issue.

Some minerals can be hard to come by for vegans who have a poorly constructed diet. Iron is found in many plants in large quantities, but is bound in a non-heme form which makes absorption much less efficient. As a result, vegans tend to be more susceptible to iron deficiency, especially female vegans [2]. As such, paying close attention to iron intake is necessary for vegans.

Zinc and calcium are minerals that can become deficient in vegans who have a poor food profile. This is due to their lower bioavailability from plants. However, as long as vegans include a high amount of foods that contain zinc and calcium, they should not suffer any ill effects of nutrient deficiency [6]. Again, it’s all about being smart and increasing consumption in order to counteract the effect of poor absorption/bioavailability.

Veganism has become a very polarizing subject in the world of health and nutrition. People on both sides of the discussion have deeply seeded beliefs about the efficacy and ethics of consuming or refraining from animal products. One thing for sure is that many fitness influencers are promoting the vegan diet as a health fortifying, muscle building, strength enhancing nutritional strategy.

It is possible to build muscle and strength on a vegan diet. However, it certainly comes with its set of challenges. Special attention and effort must be made in order to consume enough nutrients to perform at a high level. And without supplementation, it becomes almost impossible to get enough of certain nutrients. That’s why veganism can be an expensive and inconvenient endeavor for the strength and physique athlete, and even more so for those who choose to stay natural. However, with proper planning and effort, veganism can be a worthwhile practice that doesn’t have to take away from your goals as a fitness enthusiast.