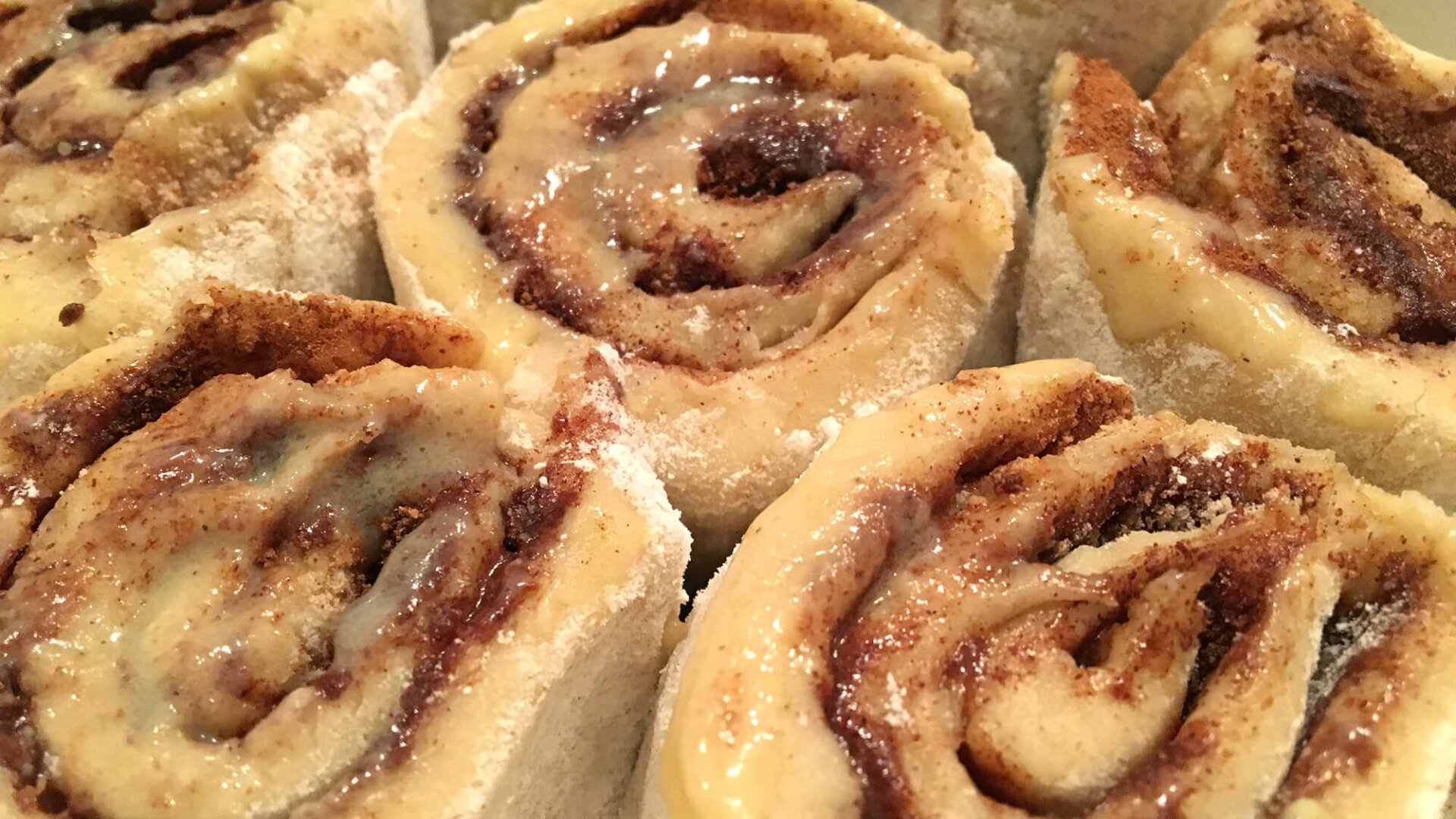 Now you can have buns of steel and buns of cinnamon at the SAME time! This recipe is definitely a game changer. I will say upfront that this recipe takes about 1.5-2 hours and is intermediate-advanced level. With that being said, have no fear! It is absolutely worth it and I will break it down for you step by step!

TRACKING TIPS: I encourage having a sheet of paper and a pencil to write down exactly how much flour and protein powder you add as you go, as this will be just slightly different each time you make this recipe. While the rolls bake, I advise logging it into your tracking app as a single serving recipe. Then weigh the entire recipe (cooked) at the end. Divide the serving size you actually eat out of the total weight of the recipe to input into your tracking app as your serving size. You don’t have to do it this way, it’s just more accurate.

CAUTION: If you kill the yeast, these rolls will come out like hard cookies. Make sure that you don’t overheat the water when you activate the yeast. Also, do not add artificial sweeteners or salt to the dough as these can kill yeast.

Cait Robertson is a fitness/nutrition blogger and founder of TheMacroExperiment.com. She is also a singer/songwriter residing in Nashville, TN.[Continue]