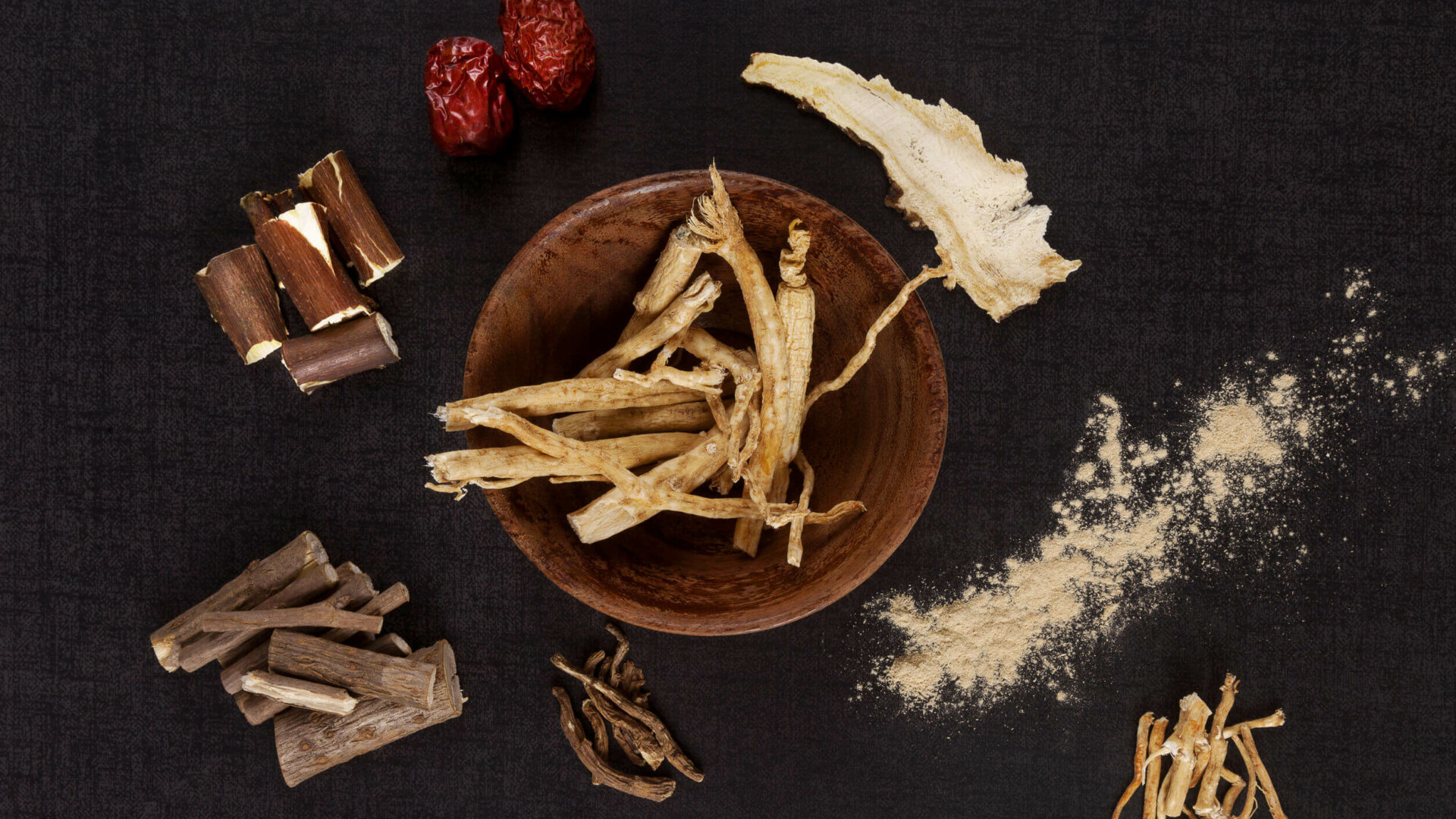 Over the years we have been bombarded with supplement after supplement, all of which have claimed to help us in some way. Whether it be fat burners, testosterone boosters, muscle gainers, etc. we have all likely dabbled in the world of sports supplementation. These days, it is hard to find a supplement that lives up its hype. As such, many of us hold a healthy skepticism for the efficacy of any new supplements that hit the market. This skepticism is even more profound when it comes to herbs and supplements used in “western” medicine. As such, many people have been highly doubtful about the usefulness of a class of supplements known as Adaptogens.

These substances have long been used in other parts of the world as cognitive, stress, and immune system modulators. They also hold excellent reputations among holistic practitioners as health and longevity promoting compounds. But of course, our system of validation gives little weight to anecdotal evidence. It’s great and all that adaptogens seem to have helped many people feel better, but is there any real science to these claims? As it turns out, scientists have been studying their effects for quite some time now. It may surprise you to find out that certain adaptogens do seem to deliver on the claims that have been made about them.

Some of you may have heard the term “food is medicine” at some point in your life. In this case, that term is taken quite literally. Adaptogens are essentially plants and herbs that have a marked impact on the body usually related to stress adaptation, mood, or immune function. Generally speaking, these adaptogenic herbs are non-toxic and are meant to impart only beneficial effects on the body. In other words, they should not do any harm to us upon ingestion. Their name was coined by a Russian toxicologist named N.V. Lazarev. In naming them, Lazarev meant to imply that these substances have a non-specific effect on the host, although they tend to enhance our ability to deal with stress.

As was implied by Lazarev, these herbal compounds don’t actually have a specific effect on our physiology. Instead, they sort of enhance or inhibit different systems depending on the status of the individual. For example, if you are highly stressed, they will work to decrease your stress response and perhaps lower cortisol. On the other hand, if you are enjoying a period of low stress, they will simply aid in keeping you level. As is apparent in their name, these herbs seem to “adapt” to whatever situation is present in the body.

How Do They Help?

As stated above, adaptogens are most famous for their purported influence on stress response. It was hypothesized that these herbs are effective in decreasing our sensitivity to stressors in our environment. By helping us be less reactive, they effectively lower our stress response and overall stress. Indeed, several studies have shown that adaptogens have a significant impact on our levels of cortisol [9][12]. This is, of course, our chief hormone related to stress. A lower circulating level of cortisol is well accepted as a sign of lower overall stress levels, but the impact that adaptogens have on cortisol isn’t the only evidence that we have for their protective effects. Mechanistically, these adaptogens seem to stimulate the expression of Heat Shock Proteins and the FOXO1 pathway [11]. This leads to enhanced repair of damaged cells, enhanced resistance to stress, and increased longevity.

These long term adaptations are already impressive findings. However, there have also been purported benefits in terms of short term improvements to cognitive function and physical function. A study was conducted which investigated the use of adaptogenic herbs on mental working capacity in 161 cadets. Results showed that the adaptogenic herb produced significant differences in mental fatigue and had a lowering effect on blood pressure as well [14]. Additionally, adaptogens have been found to increase time to exhaustion and VO2 peak compared to placebo after a single dose of administration [4].

Finally, certain adaptogenic herbs seem to have a profound impact on the brain by directly impacting neurotransmitter metabolism. Some have been found to directly inhibit acetylcholinesterase, which is the enzyme that breaks down acetylcholine in the body [3]. This basically enhances our brain function and provides a nootropic-like effect. Additionally, certain adaptogenic compounds have been found to directly impact the release of other neurotransmitters such as glutamate and dopamine [15].

Which Adaptogens are Worth Taking?

When it comes to the world of adaptogens, there are a ton to choose from. Figuring out which ones can be useful can be a long practice of trial and error. However, there are several adaptogens which have a good deal of research behind them. Here we will discuss the most popular ones:

Ashwagandha
Effective Dosage: 300-500mg
This is one of the more famous adaptogens that we have to choose from. Many people who get into taking adaptogens will start with ashwagandha. In fact, many supplement companies now include this herb in their stress relief products. Most notably, studies have found that supplementation with ashwagandha leads to a significant decrease in cortisol and anxiety levels [1][2]. Additionally, ashwagandha inhibits acetylcholinesterase from breaking down the neurotransmitter acetylcholine, which leads to better cognitive function [3]

Ginseng
Effective Dosage: 200-400mg
The most famous of the ginseng variants (and most studied) would be Panax Ginseng A.K.A Asian Ginseng. This adaptogenic herb doesn’t have much effect on stress levels per se, but it has been shown to have a significant effect on cognition [13]. Many users liken it to taking a mild stimulant, and although it has not been consistently shown, users tend to report a sense of well-being and calmness when taking ginseng. Interestingly, research has shown a robust effect of ginseng on blood glucose [13].

Rhodiola Rosea
Effective Dosage: 50-100mg
This adaptogenic herb is also used quite often by supplement companies in their anti-stress products. However, it seems to have less of an impact on stress as compared to its robust anti-fatigue properties [10]. Indeed, rhodiola seems to reduce fatigue and promote more energy when taken consistently for long periods of time. Additionally, this anti-fatiguing effect seems to carry an improvement in cognition as well [10]. Finally, increases in well-being and happiness seem to be common, although it is hard to separate these from the over effect on fatigue.

Gingko Biloba
Effective Dosage: 120-240mg (split into 1-3 doses)
This herb has gotten a lot of attention for its possible effect on brain health. It does have a sort of nootropic effect through its impact on our glutamate neurotransmitter pathway [15]. However, studies have also shown that ginkgo biloba can enhance short term memory and slow the onset of cognitive decline [7][8]. This herb also seems to have some effect on blood flow, but the nature of the effect seems to change based on the circumstances.

Lemon Balm
Effective Dosage: 300+mg
This adaptogen is a bit less studied, although it does seem to have some positive effects associated with it. Interestingly, this compound seems to actually decrease alertness in contrast to many of the other adaptogens mentioned [5]. Additionally, it was shown that Lemon Balm helps to promote calmness in users [5]. Furthermore, a key compound in Lemon Balm called rosmarinic acid has shown anti-depressant effects in mice [6]. These results paint Lemon Balm as a compound that can help people feel more at ease and wind down from a long day of stress.

Here in the USA, we are pretty skeptical of the efficacy of western herbs and remedies. Pair this with the history of useless supplements that have had their 15 minutes of fame, and you have big mountain to climb if you want to sell these herbs to the general public. Perhaps that is why the acceptance of adaptogenic herbs has been so slow even with the backing of various research studies. But, they are now starting to make their way onto the shelves of our local supplement stores and are even being prescribed by doctors for those with several conditions.

If you happen to be one of the many people in the industrialized society who struggles with stress and fatigue, you may want to try some of these adaptogens. Given their potentially helpful properties and lack of negative side effects, you have very little to lose. At the very worst, you’ll lose a bit of cash and be a bit disappointed, but you may find that these plant compounds help you to feel better and lead a more productive life.