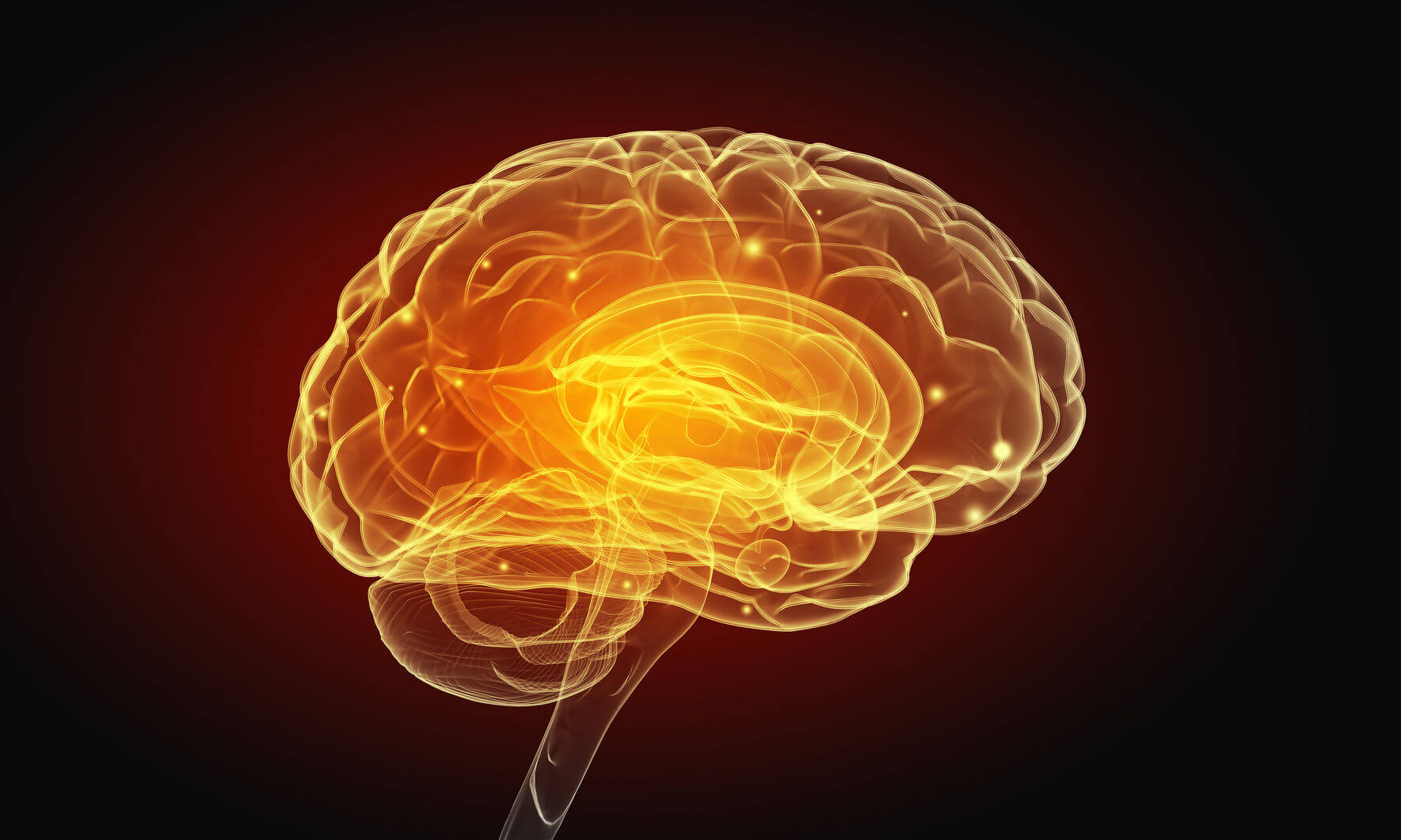 Nootropics or Smart Drugs, The Next Big Thing in Fitness?

Ever watch the film Limitless? Well, today we are going to see if it’s possible to re-create the infamous pill NZT-48 with natural supplements. Here we go…

Nootropics, also referred to as “smart drugs,” or cognitive enhancers, are drugs or supplements that can potentially boost overall brain function, focus and productivity. They have become part of a popular movement not only in the fitness world, but even the corporate and entrepreneurial world, apparently helping people take their training or business to a new level.

While most companies hide the specifics behind proprietary blends, they generally all contain the same few common ingredients. Below is a list of some of the most research proven and common ingredients which allows you to pick the best nootropic supplement or even create your own from the core ingredients.

A medicinal plant from Traditional Chinese Medicine which is currently in the top 10 list for most popular dietary supplements [1].

This ingredient has been long marketed as a preventative agent for cognitive decline, with research supporting its use in individuals above the age of 65 or in those already suffering from forms of cognitive impairment [2][3][4].

In addition, while boosts in memory have also been promoted when using Ginkgo biloba supplementation, this is only consistently witnessed when testing those 65+ or when measuring short-term memory processing tests in those who already suffer from forms of memory loss [4][5].

In summary, while it can boost cognition slightly in those suffering from cognitive decline, this effect is not very reliable for most of the readers here. Furthermore, in a study statistical significance does not always equate to practical significance in real life.

Also known as Velvet Bean, Mucuna pruriens grows from trees and is very itchy to touch due to the serotonin on its surface.

It is a good source of L-DOPA, which is a direct precursor to dopamine and a key component in most Parkinson’s based therapies. It is also important to not confuse Mucuna pruriens with L-DOPA (known as Levodopa) as this is the active ingredient.

In one small study researchers tested Mucuna Pruriens in 8 individuals with Parkinson’s disease. They provided a dose of 15 – 30g and used Levodopa (L-DOPA Parkinson’s Medication) as the control. Post treatment, they found both substances were equally effective in reducing symptoms. Interestingly, Mucuna pruriens displayed a faster absorption rate, higher peak in levels, higher bioavailability and a more favorable pharmokinetic profile which may suggest it to be a great alternative to drug-based therapy [6].

In a more recent study consisting of 150 males, dopamine, adrenaline, and noradrenaline content increased across all groups. Unlike Ginkgo biloba, this study does support that healthy individuals can benefit from the cognitive benefits of Mucuna pruriens [7].

Interestingly, this was conducted in those with infertility, so, while it is a strong candidate as a cognitive enhancer, it can have the added benefit of increasing sperm motility, decreasing infertility and increasing testosterone in men under the age of 44 suffering from low-T [7][8].

In summary, doses of 5 grams and above are a good starting point. However, if your supplement is standardized for L-DOPA (it will state this on the nutrition label), then start with about half the amount you would normally take if using L-DOPA (the active ingredient). Remember, this is because Mucuna pruriens is more bioactive relative to isolated L-DOPA.

Known as an acetylcholinesterase inhibitor, Huperzine-A is a cognitive enhancer that inhibits the enzyme which reduces our main learning neurotransmitter, acetylcholine [9].

Acetylcholine is not only responsible for cognitive function but it also plays a role in muscle contraction, making this supplement a prime candidate for the fitness enthusiast. When supplementing with Huperzine-A, there is a relative increase in acetylcholine, thus allowing for increased cognitive actions and increased brain power [10].

While the research regarding Huperzine-A and cognitive enhancement is relatively scarce in humans, it seems to be a promising ingredient requiring more controlled and direct research. Supplementation tends to be in the range of 50-200 mcg daily and can be consumed with or without food.

Another popular nootropic compound, CDP-choline is mainly aimed at preventing or treating memory impairments associated with ageing because choline and uridine both contain neuroprotective properties.

At this point, while it appears to be more effective than phosphatidylcholine, its potency is equivalent to that of Alpha-GPC. This ingredient is also popular as a memory enhancer in young healthy individuals; however, this is mainly based on rodent studies and does require further research to confirm its benefits and effectiveness.

At present, one study in middle-aged females did find it significantly improved attention and focus. In this study, it was shown that 250mg was more effective than 500 mg, as with other supplements, more is not always better [11].

Like the other ingredients discussed above, the rate of memory decline normally seen in the elderly appeared to be reduced with 500-1,000mg of CDP-choline supplementation taken daily over a 24-week study [12].

The common dosing of CDP-choline is generally 500-2,000mg, taken over two separate doses separated with an 8-12 hour gap, for example morning and night. A single daily dose also appears sufficient, dosed at about 2,000mg.

A relatively new but promising ingredient which is an alkaloid structurally similar to caffeine.

As you may expect, research shows it has similar effects to caffeine because it uses similar signaling pathways. The interesting aspect of Theacrine vs. caffeine is that chronic administration of Theacrine (for seven days) did not appear to cause a tolerance or reduce its effectiveness, like caffeine may. In other words, you can get the same effect from Theacrine as you would from caffeine, but your receptors do not down-regulate nearly as quickly. Alternatively, you could cycle between the two if you were to come off caffeine at certain points throughout the year [13].

Theacrine has also shown additional similarities to caffeine: increase in energy, focus, and concentration with a 200 mg dose. It has also been shown to increase willingness to exercise, decrease anxiety, improve motivation to train and libido in healthy human subjects [14].

While the research is still in its early days, it seems very promising and has already acquired the “Informed Choice,” label, allowing many professional athletes to use it without violating their CBA (remember, caffeine is commonly banned so this has become the next best thing in sport).

No nootropic list would be complete without the Caffeine – the stimulatory, anti-sleep compound extracted from coffee beans that we love as a part of our morning ritual. As touched on above, one issue with caffeine is that habitual use leads to decreased sensitization, thus dulling the benefits of caffeine and eventually causing you to increase the dose or cycle off for some time.

With that being said, caffeine is still one of the most proven and strongest performance supplements in the world (for both brain and physical performance). There are several hundreds of studies supporting caffeine’s use in focus, motivation, drive and fatigue reduction.

It is therefore classified as a nootropic because it sensitizes neurons and provides mental stimulation, both in and outside of the gym. Caffeine acts as an antagonist to adenosine receptors, which can cause tiredness or fatigue, especially when exercising.

Different dosages have been shown to elicit different results in regards to both brain and physical performance. Typically, the efficacious dose starts at 150 – 200mg, which can go up to 400 – 500mg or even as high as 800mg in certain studies for fat-burning supplementation [15][16][17][18].

Specifically, for cognitive improvements, caffeine has shown that it can increase reaction time. While research also shows highly mixed effects of caffeine on memory, it does appear to increase spatial and perceptual memory and reduce working memory. Finally, plenty of research has supported the use of caffeine as a reliable and effective supplement to increase alertness, energy and reduce fatigue or tiredness [19][20][21][22][23][24].

Importantly, caffeine dosages should vary depending on the individual, accounting for factors such as bodyweight, tolerance to stimulants, habitual caffeine use, medical conditions such as blood pressure etc.

Remember, the only way to up-regulate the receptors is to cease all caffeine supplementation for an extended period of time, which is why many people will cycle caffeine. In daily life for athletes, they may save it’s use for important workouts / events or races. For a businessman or entrepreneur, they may depend more heavily on it for a stressful or busy period and then cycle off when on vacation or when it’s a slower period within the year.

If you are just starting, or, having clients start, it’s recommended that you assess tolerance with a 150-200 mg dose. This is the amount found in a medium to large cup of coffee and many popular energy drinks. The toxicity dose for caffeine is around 2-3 grams (2000 – 3000 mg of caffeine), however, most people should never go over 800 – 1000mg within a day.

These are just a few compounds and molecules from an exhaustive list of ingredients used within nootropic blends or as solo cognitive enhancers.

Like with many sports supplements, many companies will use ingredients which do not meet the efficacious dose which therefore renders them ineffective. After all, more ingredients cost more money, which means less profit.

Based on this, always try to pick a Nootropic blend which has a transparent label, or, simply make your own combining 1-2 or several ingredients listed above. Along with the ingredients discussed above, some other beneficial ingredients you may wish to research include:

Like with sports supplements, caffeine remains one of the most powerful nootropics around, although it’s not as sexy as the latest smart drug, it’s proven to work, is very safe and extremely low-cost and accessible. Along with this, and especially if you are looking for a nootropic protocol that benefits both work/business and exercise, the addition of Theacrine could be a great place to start before testing other single ingredients listed in this article.