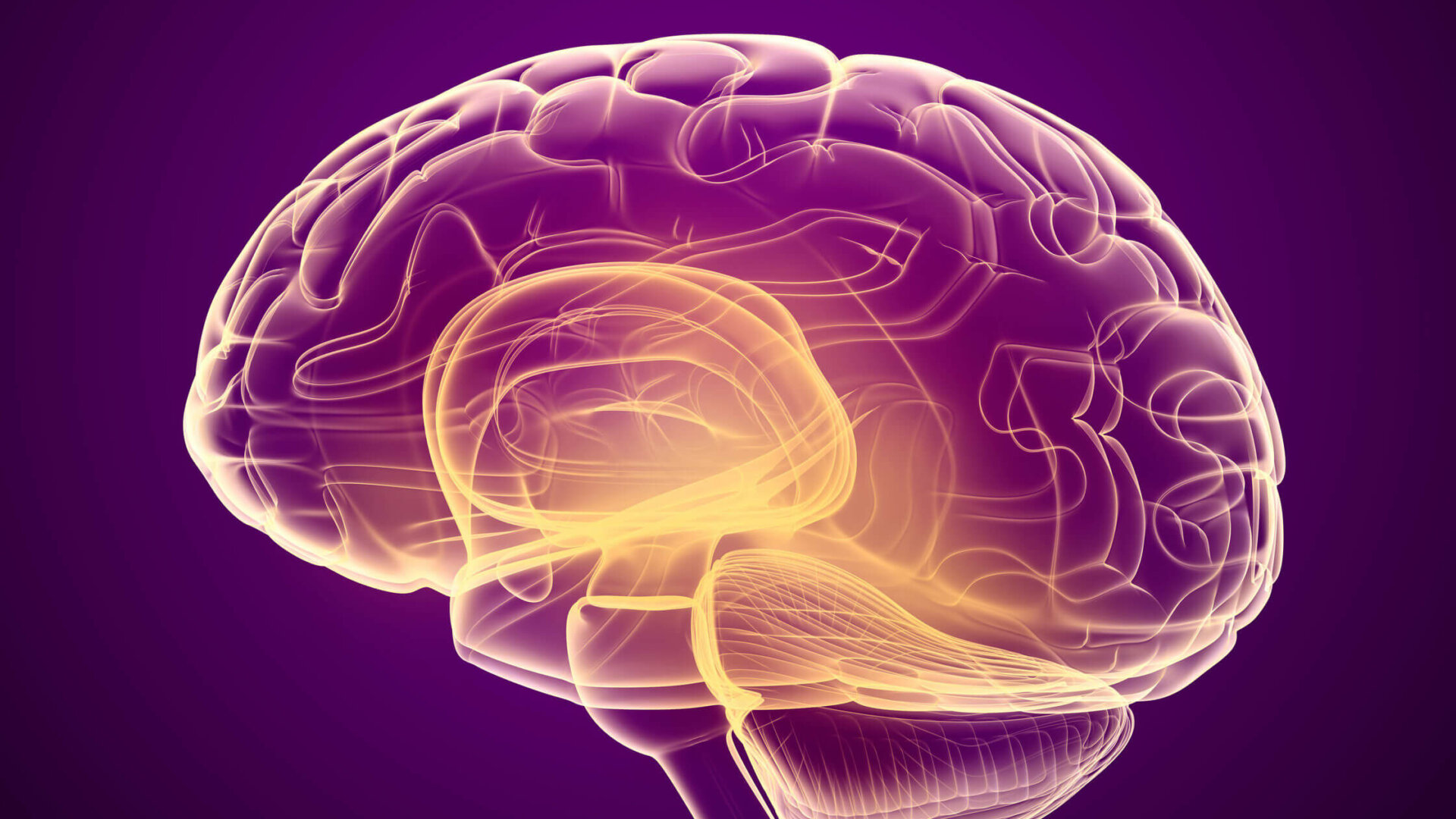 Smart Drugs: What You Need to Know About Nootropics

Supplementation is a very hot topic these days in the world of health and fitness. Most people are looking to gain the edge in some domain of their lives. Whether it be muscle gain, strength gain, immunity boost, or even stress reduction, there is a supplement out there that is purported to help. One interesting supplementation group that has surfaced recently consists of substances that enhance your brain function. We all know about mighty caffeine and the effects it seems to have on our focus, attention, and productivity. However, researchers are now finding that many other substances seem to have profound, positive effects on our cognition.

Nootropics have taken the market by storm in recent years, especially in the high octane world of business and finance. Executives and go getters alike are “biohacking” their way to more productivity and efficiency through the use of these smart drugs. These substances are now starting to make their way into more mainstream arenas, including the general health and fitness industry. Would you find it useful to feel more focused and productive in the gym or during cardio? Many nootropics claim to provide better focus and clarity than caffeine, but without the jitters and crash that usually follow. This is why companies are turning to nootropics as the next big thing in pre-workout and supplementation in general. So, given their inevitable rise in popularity, it would be best to familiarize yourself with the science behind nootropics and how they may be helpful for you.

Nootropics act on the brain to enhance cognition in many ways. They can be synthetic (man-made) or naturally occurring in certain plants from which we can extract them. Upon ingestion, these substances are absorbed through the intestine and enter the bloodstream where they can be transported to the brain. Given their very small mass, they can pass the blood brain barrier and act directly on the brain.

There are several pathways through which nootropics can operate and each kind seems to activate/deactivate different ones. However, one main area of impact with nootropics is through modifications in the release and/or uptake of neurotransmitters in the brain. Neurotransmitters function as messengers and conduits of connectivity between different neurons and areas of the brain [5]. Additionally, these neurotransmitters have an effect on memory formation, executive function, reaction time, and even personality. So, by taking nootropics, you essentially increase the number of neurotransmitters that are available to execute these important brain functions.

Additionally, certain nootropics act by increasing blood flow to the brain. The brain demands upwards of 15-20% of blood flow at any given time, which makes it the most energy demanding organ in the body. Studies have shown that brain perfusion is closely tied with brain function, such that more blood flow to the brain usually means heightened brain activity [6]. The enhanced blood flow that nootropics provide also enhances cognition. Combining this with the neurotransmitter modulation makes for twice the effect that these nootropics can have on brain function. Nootropics typically act on the neurotransmitters acetylcholine, dopamine, and glutamate as they are the main excitatory neurotransmitters. You may recognize acetylcholine as a big player as far as muscle contraction is concerned. It also has similar importance as far as nerve impulse and brain function are concerned. As such, many nootropics are known to be cholinergic by either directly increasing acetylcholine production or inhibiting the breakdown of acetylcholine [4]. Similarly, glutamate stimulates and activates several pathways related to memory and cognition, which makes it a popular target of nootropic users [9]. A good nootropic will increase the activity of these neurotransmitters without causing any issues to other systems in the body.

Here are a few of the more popular nootropics that act on these pathways:

Often taken as Piracetam, this class of nootropics seems to improve the acetylcholine system as well as the function and reuptake of glutamate [2]. This leads to improved executive function, energy, focus, cognition, and memory. This is certainly a welcomed effect for those looking for a pre-workout boost. Because it does drain the acetylcholine reserves, it is best to take these in combination with a choline nootropic.

This compound doesn’t necessarily work directly on neurotransmitters, but has been shown to significantly increase alpha brain wave activity [1]. This leads to a relaxing effect on the brain that also seems to improve cognition and attention [7]. Interestingly, L-Theanine seems to pair well with caffeine in that it tends to decrease the jitters and enhance the alertness that you get from your favorite cup of Joe.

Yes, you read that right. Creatine has gained some recognition as a potential brain boosting compound. It is famous for improving anaerobic capacity in the muscles, thus leading to improved muscle contraction and strength. Interestingly, it works very similarly in the brain by improving the brain’s ability to work under anaerobic conditions [8]. Because it can do more without the need for blood, the brain is able to better utilize its resources under the same net blood perfusion level. The result is more brain activity and productivity.

These types of nootropics are often said to be less effective than the synthetic compounds mentioned above, but are also tolerated better by most individuals given their milder effects. Some work directly on acetylcholine and glutamate pathways while others provide a gentle boost in brain perfusion, which increases alertness and focus [10][11]. Common herbal nootropics include ginkgo biloba, rhodiola rosea, and panax ginseng.

This is, of course, not an exhaustive list of all the helpful nootropics, but these are some of the more popular and commonly found nootropics which have been studied pretty extensively by scientists. The key with most of these is that they enact positive effects on the brain with little to no short or long term negative effects.

Traditionally, nootropics should have little to no negative side effects. However, many supplements and compounds are now being marketed as nootropics even though they don’t quite meet the correct criteria. For example, caffeine is not technically a nootropic despite its mood, focus, and energizing effects. This is due to its slight addictive quality and the negative effects it has when “withdrawing” from its consumption. The following compounds are ones that you may want to investigate further and take with caution:

This is a controlled substance that is often prescribed for people who struggle with chronic fatigue. However, there are several uncontrolled substances that are very similar and are readily converted to Modafinil in the body. This has become a very popular drug among biohackers who are looking for unlimited focus and productivity given its energizing effect. However, some people have reported serious complications from its consumption including insomnia, headaches, nausea, chest pain, and irregular heartbeat. Some have even encountered life threatening effects from using Modafinil.

These two amphetamine type drugs have become very popular among students in recent times. They are prescribed for individuals who suffer from attention disorders and as such, will increase focus and attention greatly even in normal individuals. Anecdotally, users report these to actually be detrimental for working out as many will become hyper-focused on something other than their workout. Nonetheless, these drugs can be dangerous when used improperly due to their addictive quality, as well as the reported side effects that come with many pharmaceuticals.

Some people turn to nicotine for its brain enhancing and appetite suppressing effects. Indeed, it does have a profound effect on neurotransmitter activity in the brain [3]. However, we all know someone who just can’t seem to quit smoking cigarettes. This addiction is brought to you in large part by the nicotine found in tobacco. As such, nicotine should be used with caution due to its addictive qualities and negative side effects that come with withdrawal.

The world of supplementation has now moved its attentions toward improving brain function. Although many people already rely on caffeine for its performance enhancing effects, many would be interested in a compound that has fewer side effects. This is why nootropics have become so popular in such a short period of time. They often carry profound effects as far as focus, energy, and attention are concerned, but do not carry the same negative consequences that other substances might bring.

When deciding on which nootropics you may want to try, remember to stick with ones that have been shown to have little to no side effects. Several “smart drugs” are passed off as nootropics even though they carry some potentially serious side effects.

Additionally, it may be best to start with herbal nootropics before synthetic ones as they are often more gentle and less stimulatory. And although classic nootropics don’t seem to have much, if any negative consequences, it may be a good idea to cycle on and off over time. That way you can continue to benefit from their profound effects and be assured that you won’t build up a high tolerance.