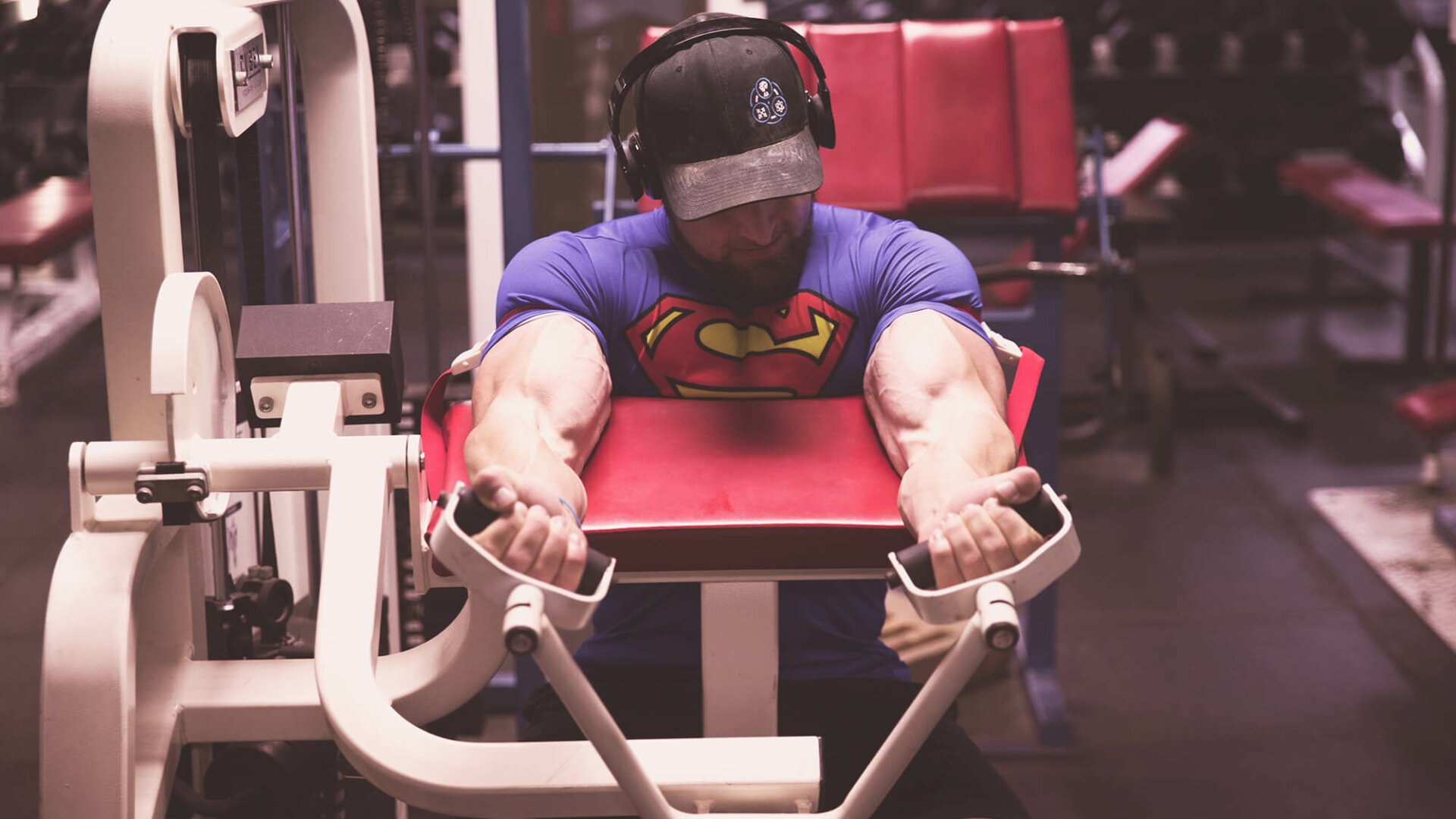 No matter how much information comes out about resistance training, you can bet there will always be debate over the best strategies for reaching a particular goal. Bodybuilders will have widely varying approaches to maximizing muscle hypertrophy. Powerlifters will have different strategies for getting strong. Naturally, this variety tends to produce some confusion for those who are looking to maximize their own efforts in the gym. One area where this shows up often is in deciding how many repetitions you should perform per set of a given movement. Truth be told, the answer to this question is not a simple one. It truly depends on many factors related to the end goal you have in mind with your training. Are you training for strength? Hypertrophy? Endurance? Maybe even a combination of each of those? All those end goals will require a different repetition range in your training. But even if you choose a single end goal, does that mean you should never venture outside of the repetition range that best promotes it? All these factors make for a highly nuanced solution to the task of picking a repetition range. This, of course, explains why so many opinions and strategies exist on this topic. But in order for you to make the best decision for yourself, you have to look at the facts. Thankfully, scientists have provided a large body of evidence to help guide us in deciding which repetition ranges work best for our specific goals.

The first thing that should be pointed out is that mixing rep ranges and intensities is a vital part of maximizing your effort in the gym. Just because a certain rep range is supposed to be the “best” for bringing about a certain adaptation, doesn’t mean you shouldn’t spend time outside of that rep range. In fact, you might actually benefit more by stepping outside of the norm from time to time. Studies have shown that combining different rep ranges leads to significantly greater increases in maximal strength and muscle cross-sectional area compared to staying strictly in one rep range [2].

They say the best training program is the one you aren’t doing now. In other words, a novel stimulus will always do a better job at producing an adaptation compared to a familiar stimulus. If you spend all of your time in one rep range, your body will become increasingly numb to the stimulus being provided. So venturing outside of your “normal” repetition range helps to provide that novel stimulus. This break from the norm also re-sensitizes the system to the “normal” rep range leading to better adaptations over time.

Additionally, repetition ranges produce adaptations on a continuum. Going from five reps to six doesn’t mean you’ve magically crossed a threshold into a different training response. All rep ranges produce similar effects to one another. The difference lies in the magnitudes of each effect that a rep range will promote. You may lose out on a bit of hypertrophy or strength in the short term by changing your rep range, but the long term benefit of doing so seems to pay off in the end.

When it comes to hypertrophy, most will agree that higher rep ranges are generally more efficient. However, you probably don’t want to get too high in the rep range. This would require a load that is too light in order to really stimulate the muscle. Indeed, EMG analysis has shown that using higher loads to fatigue produce more muscle activity compared to lower loads to fatigue [7]. However, there is also evidence that lower load exercises can still produce marked increases in hypertrophy [6]. In fact, one study showed that a rep range of 25-35 produced nearly equal changes in muscle thickness measures compared to a rep range of 8-12 [4]. Another study showed that low reps (sets of 3 reps) produced equal hypertrophy to higher reps (sets of 10) [8]. However, other studies have shown that low to medium size repetition ranges (3-11 reps) are superior in producing muscle hypertrophy compared to higher reps (20-28 reps) [1].

As mentioned before, repetition ranges don’t exist in distinct sections. Each rep range can produce hypertrophy when the conditions are right. It is possible that the intention of the exercise plays a large role in determining the outcome. In other words, maybe higher rep ranges often produce less hypertrophy in practice because they are executed with less focus and intention compared to lower rep ranges. It is hard to stay focused for a set of 25-30 reps, and perhaps even harder to select an appropriate load.

It is also possible that the subjects were exposed to a novel stimulus in undertaking the high rep scheme. If this were true, differences in hypertrophy would be hard to tease out over the course of 8-12 weeks. Interestingly, the studies that show similar hypertrophy between rep ranges used subjects who were well trained. Those that found significant differences used subjects who were not well trained. This lends some credibility to the novelty factor of higher reps as most trained people don’t normally include reps as high as 35 per set. When each stimulus was equally novel, as is the case with untrained subjects, muscular adaptations favored the low to mid-range repetition style.

So in the end it is probably best to stick to the lower and intermediate repetition range for the majority of your training while including higher repetitions on a semi-regular basis. This will likely lead to the most efficient adaptations in terms of hypertrophy.

On the other side of the coin, most will agree that lower rep ranges lead to better outcomes in terms of max strength. Interestingly, the evidence for this belief is much more clear compared to the belief around hypertrophy. When looking at the research, we see that many studies show better adaptations in strength for low rep/high load resistance training compared to high rep/low load training [4][8]. In fact, this trend exists both in trained subjects as well as untrained subjects [1]. Adding even more weight to the argument of low reps is a meta-analysis which showed consistent evidence for lower rep/higher load training for increasing strength [5].

Looking at the dynamics of how strength is regulated can provide some guidance. The nervous system dictates the adaptations that occur with respect to muscular strength. A repetition range of 6-12 is certainly heavy enough to stimulate strength improvement. But in order to become as efficient as possible, heavier loading in the 1-5 rep range is necessary. This would be especially true in the sport of powerlifting where success can be highly dependent on technique and movement efficiency.

You can’t spend all your time in that high loading situation though, as the toll it takes on the nervous system is profound. Your recovery would become incomplete and your progress would stall. So when it comes to improving strength, using low and intermediate reps in combination is vital. The percentage of time spent in each rep range should be periodized and manipulated based on where you are in your training cycle as well. Off season training would likely feature touches of low reps with more reliance on the intermediate rep range. As a competition draws near, lower reps would be needed to “peak” your strength for the competition.

As you can see, the answer to the rep range question is not simple one. Everyone has a slightly different goal with their training. As such, the repetition range needed to reach those goals will be different for each person. But there certainly is a good bit of evidence to inform us of which rep ranges to use in our own training. Higher rep ranges can still be effective for hypertrophy and even strength provided that adequate effort is applied. But maximal strength adaptations likely require heavier loading with fewer repetitions. In the end, it is important to remember that these adaptations occur on a continuum. You won’t ruin your progress by venturing outside your comfort zone. In fact, your results will likely be enhanced as a result of mixing low, intermediate, and high reps in your training. The key is finding which rep range works best for your particular goal, and then sprinkling in the other rep ranges in order to bring about the best adaptations.