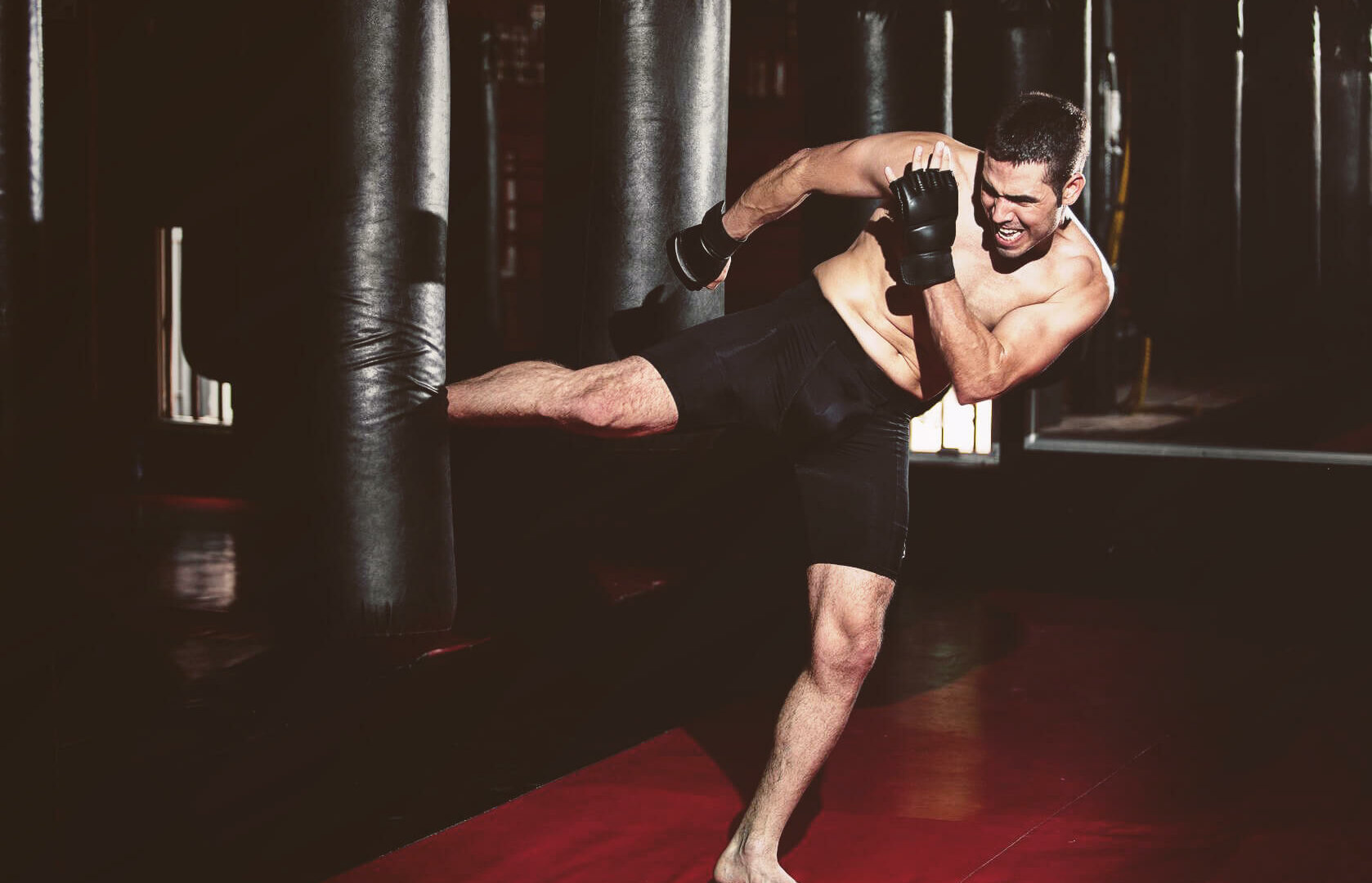 Sport specific training, depending on your age, can conjure up some different—and sometimes weird—pictures in your head. A lot of this strange stuff depends on the sport in question, and some of it might depend on how many bad movies or coaches you’ve been exposed to.

The rules have changed over the decades. In World War Two era boxing and baseball, weightlifting was not allowed. According to the trainers of the day, weights would make you muscle bound and slow. These days we know that isn’t the whole truth, but that one statement stands to give you an idea of how far we have come.

So to start, sport specific training (SST) isn’t the idea that you can practice your punching while holding a 10lb dumbbell or adding a weight to your bat and lo and behold, you have more power behind your punch or swing. Stated simply, SST is practicing the facets of your sport.

With that in mind, let’s take a look at some sports and what they entail, and go from there.

In Supertraining, Mel Siff defined sports as a limited set of movements. If you’ve read anything I’ve written here before, you’ll note that I often talk about exercise and the body from a movement context. As such, you’ve seen a list of what we are capable of in terms of actual movement. And if you’re a sports fan or competitor, you can ascertain that every sport has a different set of movements, some sports have a broader set of movements, others have a narrow set of movements, and NONE of them encompass the entire spectrum of human movement. But that’s not a bad thing. That’s why we have the gym.

Now that you know what a sport is, figuring out specificity in training becomes simple. Sports specific training is training the sport and the components therein.

With that in mind, let’s take a look at two different sports and break down the majority of their motions and talk about how to train for them, as well as what to do when not training the sport itself.

Lucky for us, MMA has evolved to a point where it’s easier for us to analyze compared to when UFC burst on the scene in the 90s. Back then, everyone just did what they knew how to do. Be it Brazilian Jiu-Jitsu (BJJ) as popularized by Royce Grace in the early days, of Keith Hackney firing off punch after punch into Joe Son’s testicles, everyone did what they could. These days, we can compartmentalize MMA with relative ease. You have your striking and your grappling. Along with that, your standing game, and your ground game.

Striking can encompass a myriad of martial arts. Taekwondo, Muay Thai, boxing, kick boxing, karate, and more. Most of these striking arts are predicated upon standing, and you can relegate them to your standing game.

Grappling is, more often than not, the bulk of your ground game. However, that doesn’t mean you can’t strike someone from the ground. But for the most part, grappling can consist of BJJ, sambo, catch wrestling, and judo. To round it off, wrestling can serve as a bridge between standing work and ground work since takedowns are fundamental in wrestling. Despite the over simplified view of MMA I provided, it covers enough to know what to look for in terms of training it.

So if you were to train for MMA, to get better at the sport you need to look for those components in which you are lacking. If you your BJJ is awesome, but you get socked in the face and fall victim to a double leg takedown, then working on your striking and take down defense is something you need to drill, for reps.

For those of you who don’t know, this sport has come a long way. Prior to the early 2000s, roller derby was more like professional wrestling. Coordinators preplanned the bouts and out a focus on theatrics. After its revival in 2002, the bouts were truly one team against the other. And the winning team won due to being better and scoring more points than their opponents.

So if you haven’t seen it, here’s the run down: two teams of five women are on the track. Each team has a jammer, and the jammer is the main offensive player. The other four women are known as blockers. Their goal is to block the jammer from scoring points.

When the whistle blows, the jammer from each team rushes to pass the blockers to become the lead jammer. Once the first jammer breaks through the pack of blockers, they can call off the jam at any time. Once both jammers pass the blockers, they each can score. They get one point for each blocker they pass as they around the track. If the lead jammer feels like the opposing jammer will score, they can call off the jam to keep a sizable lead. That’s the short of it.

From a movement standpoint, you have women turning left around a track, pushing through women using their bodies, and sometimes lateral movements to step around players.

In both examples, and indeed in any sport, you use it in its entirety to diagnose the weaknesses. In a perfect world, a coach would do this, and select the proper drilling to rectify the problem areas. After some time, you would then move onto another drilling area. The best course of action would be to drill your problem areas with a higher frequency compared to that of your better areas, but not abandoning the better areas altogether.

When you’re more proficient at the skill you drilled, put it in action in the proper context to see your improvements. As time goes on, identify, drill, and improve as infinitum. And each time, move down the list of weaknesses as they become strengths. Then, reassess your entire game, and repeat. And there you have a simple recipe for sport specific training.

The Gym and Everything Else

So where does that leave you in terms of training in the gym? Well, you have options. In Supertraining, Siff divided the sports movements as follows:

So if you think of the above sports in those terms, where does that leave you? In MMA when you throw a punch you are pushing and twisting. In roller derby, the default stance for blocking is a bend (which is another term for a hip hinge or a deadlift). In roller derby you also don’t use your hands. And turning the track involves a degree of twisting.

In both sports, your hands seldom go over your head. You seldom will see a full squat, as well. And there are far less pulling motions in comparison to pushing motions. Both sports also involve getting up from the ground, as well.

That said, this can give you a starting point on where you can start your gym training. The goal here is to resolve any imbalances, and even yourself out. In addition to that, you want to develop general strength, which will help you in each sport. To that end, as an example, working on your hip strength in the form of loaded deadlifts or kettlebell swings is a good idea. In addition to that, horizontal and vertical pulling in the form of pull-ups or bent over rows may be a good focal point. And for both, full range of motion squats won’t hurt from both a health standpoint and a power standpoint.

Those are just some starting ideas and they are specific to these two sports. You can take any other sport and apply the same. You into golfing? What motions comprise the sport and what does it lack? Do you compete in shooting sports? Curling? Gymnastics? Apply the principles for excellence in your sport.

You can even do the same thing for powerlifting and other strength sports. The difference here is that your sport specific movements are also easy to replicate in the gym. No matter what, specificity will get you better at your sport, and moving outside of those ranges of motion will keep you healthier in the long term.