What is the Most Accurate Way to Measure and Track Body Composition? | Biolayne
Workout Builder Reps Coaching Resources Shop 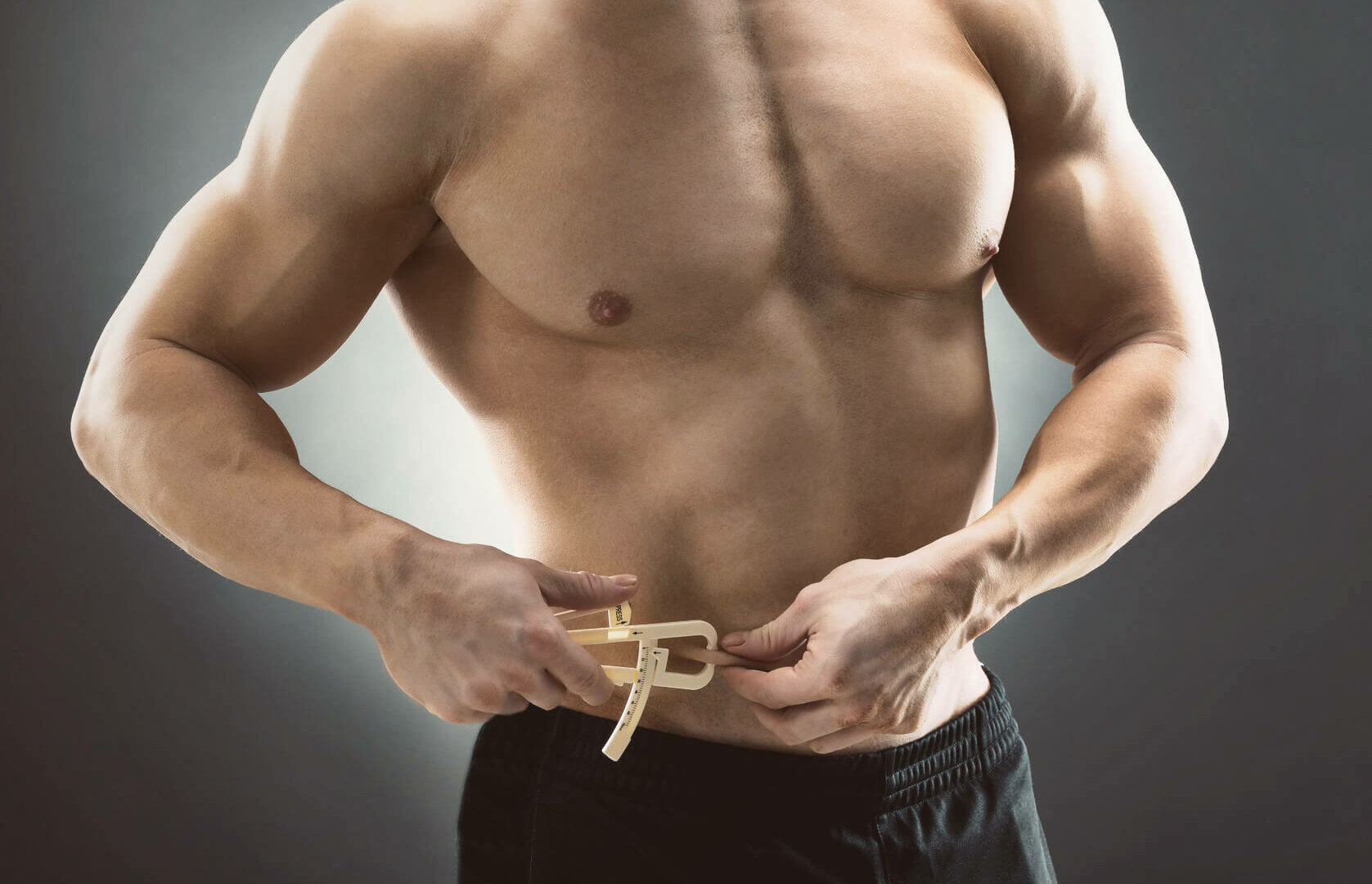 What is the Most Accurate Way to Measure and Track Body Composition?

Strength and physique athletes share a common interest in body composition. Measuring body composition can help you determine if a training program or diet has been effective, what a reasonable weight class might be, and if your contest prep is on the right track. If you look into getting your body composition tested, you’ll notice that there are a ton of different ways to measure it. But how are the methods different, and which methods are accurate?

The most accurate way to measure body composition is by cadaver dissection. Most people aren’t that desperate to obtain some numbers, so scientists have developed methods to estimate body composition. When discussing these methods, the terms “validity” and “reliability” come up frequently. Validity refers to how well a method gives us a “true” value. So cadaver analysis is certainly the most valid method, but we can assess the validity of a particular method by comparing it to another method that is validated. Reliability refers to how consistent a method is when repeated.

This method was developed way back in the 1940s, and uses the Archimedes principle to determine body density, which is used to estimate relative amounts of fat mass and fat-free mass using various equations. It’s common to call UWW the “gold standard” for measuring body composition, which can sometimes cause people to overestimate its validity. This method was the first to gain widespread acceptance, and it is the measurement by which subsequent techniques were typically compared. But that doesn’t mean its validity is perfect. Some research has suggested that UWW can be off by up to ±4 percentage points when used to estimate body fat percentage (BF%) [5]. Despite being considered the “gold standard” measurement, this value still relies on a number of assumptions, and can be influenced by hydration, ethnicity, age, sex, training status, and which equation is selected for calculation. This method can also be unpleasant for the subject, and tedious for the tester. Nonetheless, it is a fairly reliable method that can be used to track changes when performed properly.

Air displacement plethysmography (ADP) is quite similar to UWW, in that it uses air displacement to determine body density and estimate body composition. Validity studies comparing ADP to UWW have shown differences as low as 1% or so, and ADP appears to have similar reliability when compared to UWW [2][3]. One of the major benefits of ADP is how quick and easy tests are, for both the subject and the tester. As long as the participant wears tight, form-fitting clothing, ADP presents a very convenient way to track changes in body composition. But beware that the clothing aspect is quite important- compared to a tight-fitting swimsuit, a baggy hospital gown has been shown to reduce the BF% value by 5 percentage points! [3] Inconsistent clothing can absolutely threaten reliability and yield inconsistent results over time.

Relatively inexpensive bioelectric impedance analysis (BIA) devices are very common. If you’ve used a hand-held body fat device or a bathroom scale that estimates BF%, you’ve used a form of BIA technology. My lab uses a tetrapolar bioelectrical impedance spectroscopy (BIS) device, which requires the use of electrodes and tends to be more accurate (and substantially more expensive).

Body fat estimates from BIA and BIS can be significantly influenced by hydration status [6], which threatens its ability to track changes. Years ago, one of my former professors was asked to become very dehydrated, measure his BF% via BIA, then repeat the measurement after some rapid rehydration. He saw very drastic differences in his BF% values measured only hours apart. It is well documented that BIA devices can be significantly altered by things that influence fluid balance and distribution, such as eating, drinking, exercise, menstrual cycle phase, and hypo/hyper-hydration. As a result, these factors present challenges for tracking changes in body composition with bioelectrical impedance technologies.

Skinfold tests are among the most commonly used body fat tests, because they are inexpensive and easy to access. The test involves using calipers to measure the thickness of subcutaneous fat at various pre-determined spots on the body (usually 3 or 7 spots will be used). These thickness measurements are used to estimate body composition using equations that were originally validated against UWW data. So, these rely on some assumptions about the relationship between thickness measurements and body density, along with the original assumptions made with the UWW method.

If you want to keep things extra simple, you can even employ the strategy of simply measuring skinfold thickness and circumferences, and forego the equations altogether [5]. If your biceps and triceps fat thicknesses go down but arm circumference increases, that would indicate you’re gaining muscle and losing fat in your arms. This wouldn’t give you a number for overall BF%, but it helps you evaluate progress nonetheless.

More recently, researchers have started using both A-mode and B-mode ultrasound devices to measure body composition. It’s the same idea- you measure fat thickness at the exact same sites, you just use ultrasound instead of calipers. B-mode ultrasound offers some additional benefits, as you can use the device to measure other characteristics of individual muscles [7], such as muscle thickness, cross-sectional area, and echo intensity.

Whether using calipers or ultrasound, skinfold techniques can be tricky. If performed by an inexperienced tester, or if performed by multiple different testers, this could introduce a source of error that challenges your ability to accurately track changes or obtain valid values. This can, however, be an accurate and affordable method if you can find the same skilled tester to perform the testing every time.

DXA scans tend to be expensive and hard to get, but they are becoming increasingly more available to the public. This method uses x-ray technology to estimate fat mass, bone content, and lean mass. Despite the high-tech nature and excellent reputation of DXA, it’s important to remember that the values obtained are still dependent on a number of assumptions and estimations. It’s difficult to summarize the exact validity of DXA, because many different models and softwares have been used and tested over the years. While findings have been somewhat mixed, it appears fair to say that the validity of DXA is comparable to UWW and ADP, and DXA also features a low risk of tester error. I have used two of the most popular machines available, and both generally seem to report a slightly higher BF% than other laboratory methods. This is particularly common when measuring lean people, but it is not always the case.

A drawback of DXA is that it uses x-rays, which expose the subject to ionizing radiation. This radiation dose is less than you’d get from a long flight [4], but it’s commonly recommended to limit a subject to roughly 4-6 DXA scans per year as a precaution [1]. Nonetheless, there are some very cool advantages to DXA. DXA can measure body composition segment-by-segment [7], so you can compare the lean mass in your right arm vs. the left arm, or the fat mass in your left leg vs. the right leg. This feature can give the strength or physique athlete valuable information about imbalances, asymmetries, and body fat distribution. DXA can also measure your bone density and mineral content, and some DXA devices estimate visceral fat as well.

Unfortunately, measurement error is likely to be greater for an individual than a group of people. As summarized by Dr. Jordan Moon [5], common methods for estimating BF% may hope to keep group measurement error down to about ±2% at best when performed properly. For individuals, the error can be about twice as high (±4%), so a single person who is 18% BF could be measured somewhere between 14-22%. You’re more likely to be closer to the center than the extremes of this range, but bad estimates do happen. Everybody’s looking for an exact number when they get tested, but as you can see, these estimates are far from “exact” on an individual basis.

To demonstrate this point, I went ahead and made up a data set for the figure below. I used a variation of a Bland-Altman plot to show how well a hypothetical measurement device estimated the person’s “true” BF%, using a sample of 20 people. By most metrics, this pretend data set indicates a pretty decent estimate: on average, the measurement was only off by 0.8%, and the standard error of estimate was 1.8%. As you can see, an individual’s estimated BF% can be pretty far from their “true” value, despite values indicating that the group estimate is pretty solid. If you were 16%BF, this method could feasibly estimate your BF% to be 13% or 20%.

Now, imagine that a group of people have their body fat tested on two different days using the same method. I went ahead and made up some numbers and plotted them below, with day 1 values on the x-axis and day 2 on the y-axis. Again, the group-level stats would not indicate terrible reliability for this method (ICC = 0.97; standard error of measurement = 1.4%). Nonetheless, you can see that one subject in this data set had a difference of 3% body fat in measurements taken just days apart. The minimum difference for this data set is 2.76, which means that any change below 2.76% body fat could reasonably be attributed to measurement error. So you might start at 17% body fat, then measure again a few weeks later at 15% body fat. It’s entirely possible that you truly improved your body fat percentage, but you can’t rule out the possibility that no improvement was made, and that the 2% reduction was just measurement error. This means that a small improvement could theoretically be “masked” by measurement error, or error could even indicate a small improvement where there wasn’t one.

There are two main takeaways from these demonstrations:

How Can You Improve the Accuracy of Your Tracking?

All body composition methods have inherent error, but there are some steps you can take to help improve the consistency of your tests [1], which will result in more accurate tracking:

It should be apparent that there is no single “exact” method for measuring body composition. If you’re just trying to track changes, picking any reliable method should be sufficient. If you’re interested in a valid, “true” number, you may opt for a combination of methods to get a better idea of where you’re at. However, no matter how many methods you employ, you can never escape some degree of reliance on estimations. Body composition measurement is very useful, but you can’t interpret this information effectively without knowing the limitations of these estimation methods. There are a number of steps you can take before testing to improve the validity and reliability of your tracking, and it’s critical to remember that a small degree of error will accompany any method you select. Translation: don’t freak out if it says you gained 0.3 kg of fat and lost 0.3 kg of muscle from Monday to Wednesday.