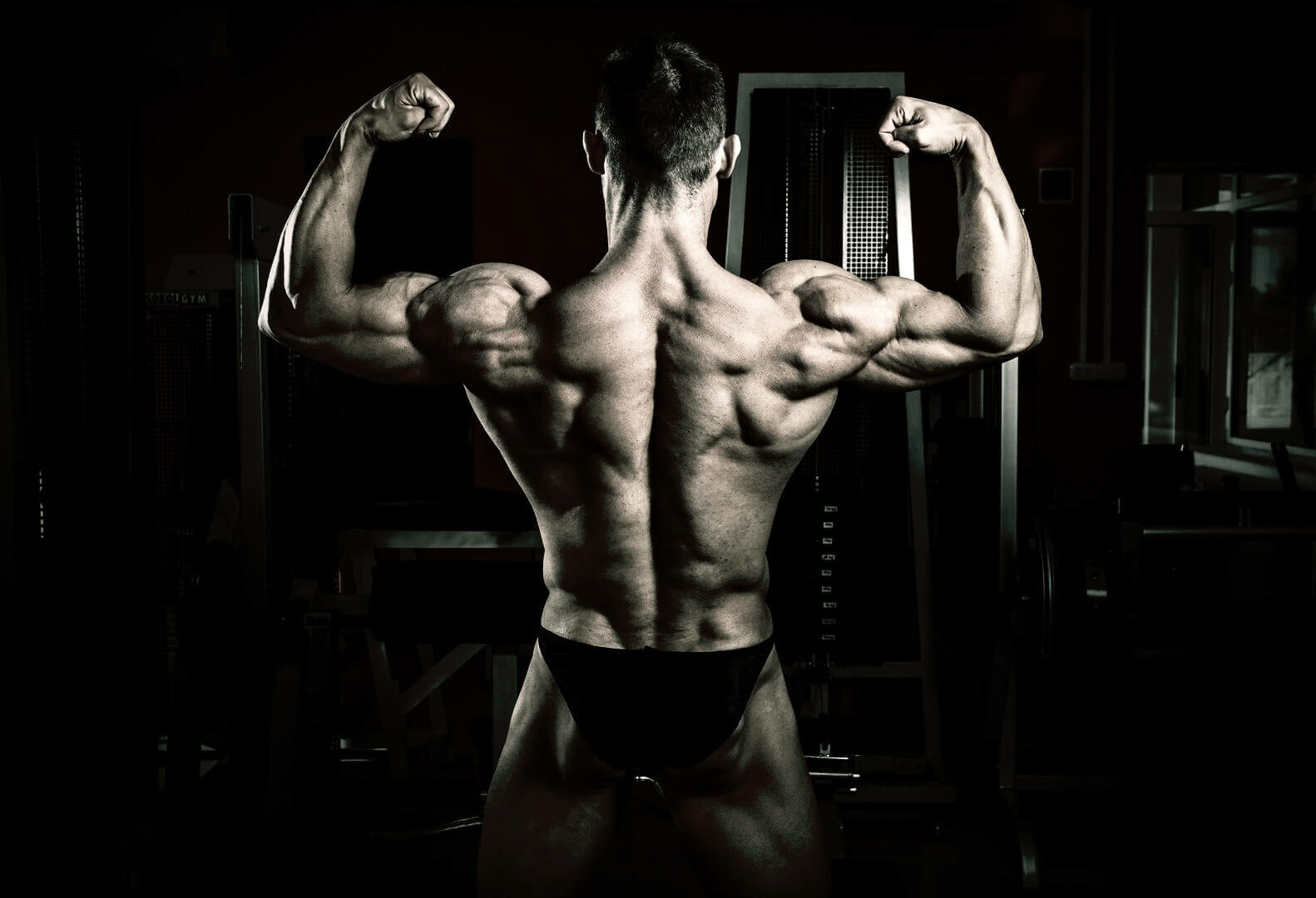 Can Natural Competitors Expect to Grow into a Show?

Growing into a show. It almost sounds too good to be true. How can someone gain muscle, yet at the same time reach the extreme levels of body composition required to be competitive onstage?

A number of high level athletes in untested competitions (such as Kevin Levrone, Arnold and others) have discussed how they would grow into their shows.

What about athletes competing in drug-tested competition?

The purpose of this article is to review the scientific literature on this topic to determine the likelihood that a natural athlete would be able to gain muscle and lose body fat simultaneously to grow into their show, while at the same time achieving stage-lean levels of body fat.

If you read the mainstream bodybuilding magazines, you will see plans guaranteeing 10lbs of muscle gain this month. However, diving into the scientific literature on rate of muscle gain, you see a different story.

One of the fastest rates of muscle gain ever observed was in a classic study by Bhasin 1996 [1] in which they took novice young male lifters and gave them testosterone. After the first 10 weeks of weightlifting and testosterone usage, the mean lean mass gain was 13.4lbs. Body weight also increased during this time indicating these individuals were in a caloric surplus throughout the intervention.

In the same study, beginners who were not taking steroids gained on average 4.4lbs lean mass while losing 2.4lbs fat mass over their first 10 weeks of training. Since body weight increased in this group by 2lbs these individuals were also in a calorie surplus during this intervention.

While it is clear muscle can be accrued at a relatively rapid rate in novices, the rate of muscle gain decreases as an individual becomes a more advanced lifter. Numerous experts have put out general estimates for rate of gain with training experience. While the specifics may differ, the one thing all of these estimations have in common is that rate of gain goes down almost exponentially as training experience increases.

Although these are just estimations and rate of muscle gain can vary greatly between individuals [2], the important take home point is that as an individual gets more trained he/she will gain muscle more slowly. Since those preparing for a competition should be trained and not beginners (which is a topic for another article) rate of muscle gain will be slower than when they first started lifting.

Can you gain muscle and lose fat at the same time?

Now that we have determined rate of muscle gain for an individual who is natural and trained, we need to determine if muscle can be gained as body fat is simultaneously lost.

In the previously discussed intervention in beginners [1], a 4.4lb lean mass gain and 2.4lb fat mass loss occurred simultaneously in first 10 weeks of training. However, it is important to note that these were beginners with a greater capacity for muscle growth. What about trained athletes more similar to those stepping onstage?

The same lab group performed another 8 week study [4] in individuals who had been training for just under 5 yrs and observed a 3.3lb increase in lean mass with a 3.7lb loss in fat mass measured by Bod Pod. Net body weight change was a loss of 0.4lbs so these individuals were in an energy deficit. Therefore, it is clear that at least some amount of muscle gain and fat loss can occur simultaneously in a trained athlete.

However, there are a number of important caveats to these findings. In the later study, the group that observed the simultaneous increase in muscle and decrease in body fat consisted of 24 males and 7 females. Group average starting body fat percentage of these individuals was 18%. Averages based upon gender were not specified; however, making an educated guess on body fat percentage by gender with the available data, if 24 males were around 15% body fat and 7 females were around 28% body fat the average body fat would be 18% in this group. Although these numbers are speculation, it is clear that the participants in this study were far from stage-lean bodybuilders (4-6% in males, 10-12% or less in females), and it is unclear if similar findings would be observed in an extremely lean bodybuilder where hormone levels are not conducive to muscle gain [5]. Moreover, no long-term studies have replicated these findings to determine if gain and loss would continue at the same rate as participants became leaner and continued on the protocol.

Despite these limitations, it is clear that muscle gain and fat loss can occur simultaneously at least to some extent in trained naturals who are well above contest levels of body fat (roughly 10% body fat or more above stage-lean).

Although some amount of muscle gain and fat loss occur simultaneously at body fat percentages in the 10’s and 20’s, when a natural competitor steps onstage at an extremely lean body composition (4-6% body fat for males, 10-12% or less for females), a number of detrimental hormone changes occur. Reductions in testosterone (as much as 70%), thyroid, leptin and a number of other hormones have been observed in natural pro bodybuilders preparing for competition [5]. Moreover, in female competitors, menstrual cycle abnormalities are commonly indicative of hormone abnormalities [8].

These hormonal changes create an environment that is not conducive to muscle growth. As a result, strength and muscle loss have been observed in natural competitors, even during successful contest preps in which athletes got very lean and placed highly [5][9].

Moreover, most of the weight gained in the initial 3 months post-show as calories are increased is body fat [10]. This is not surprising based upon the hormone state an athlete is in at that point. It also strongly suggests muscle growth is not occurring to any real significant extent when an athlete is extremely lean.

A note on peak week

During peak week, competitors increase carbohydrate intake to increase muscle glycogen stores and look larger onstage. Every 1g glycogen formed pulls around 2.7g water into muscle creating the appearance of a larger muscle [11]. Studies have shown that a very high carb intake for 3 days can increase lean mass measured by DEXA by nearly 3lbs [12]. Moreover, an increase in lean mass from water has been observed in natural bodybuilders during peak week [10]. However, it should be noted that these increases in lean mass observed are the result of increased intramuscular water and not any significant amount of new muscle tissue.

Is it possible for a natural to grow into a show?

Looking at the data on rate of muscle gain, beginners without drugs gained roughly 4-5lbs of lean mass in 10 weeks, so extrapolating that to a 20 week period would mean an 8-10lb gain in lean mass. However, rate of gain would likely slow in the later 10 weeks due to becoming accustomed to weightlifting. In addition, it is important to note that these individuals were in a surplus. Had they been in a deficit, rate of gain would be slower.

Turning our attention to trained lifters more similar to those stepping onstage, in the best case scenario increases of 3-4lbs lean mass along with 3-4lb decreases in lean mass have occurred over 8 weeks in trained athletes. However, these measurements were taken by Bod Pod and individuals were roughly 10% body fat or more above stage-lean levels of body composition. Extending these results to a 24 week prep, the absolute most and individual would see is a 9-12lb increase in muscle mass and decrease in body fat simultaneously. However, those numbers are unlikely based upon typical rate of gain in trained athletes throughout the scientific literature.

In addition, as a natural competitor becomes leaner, hormone changes detrimental to muscle growth will occur. This results in lean mass loss, even in successful natural athletes. Therefore, if muscle loss is occurring deep in prep it would be necessary for muscle growth to exceed fat loss early in prep. If this does not occur, the scale will need to trend down over the course of contest prep.

Taken together, this data suggests that for the vast majority of natural athletes who are trained, the scale is going to need to go down in order to get to stage-lean because it will not be possible to add muscle mass fast enough to offset the necessary reduction in body fat.

Rate of gain of over 1 lb/wk has been observed in beginners on steroids; however, natural athletes, trained athletes, those in a deficit and/or women are going to have slower rates of gain.

Adding muscle and losing fat at the same time may occur to some extent in a trained natural athlete who is around typical offseason levels of body composition; however, the amount by which this can occur is small in comparison to the amount of fat most have to lose to get stage-lean.

Studies in natural competitors who have been successful onstage show loss of lean mass during contest prep, even during successful preps.

For nearly all natural athletes, what this means is that the scale is going to need to trend down in order to get stage-lean because it will not be possible to add back muscle in a deficit quickly enough to offset the amount of fat lost during prep.