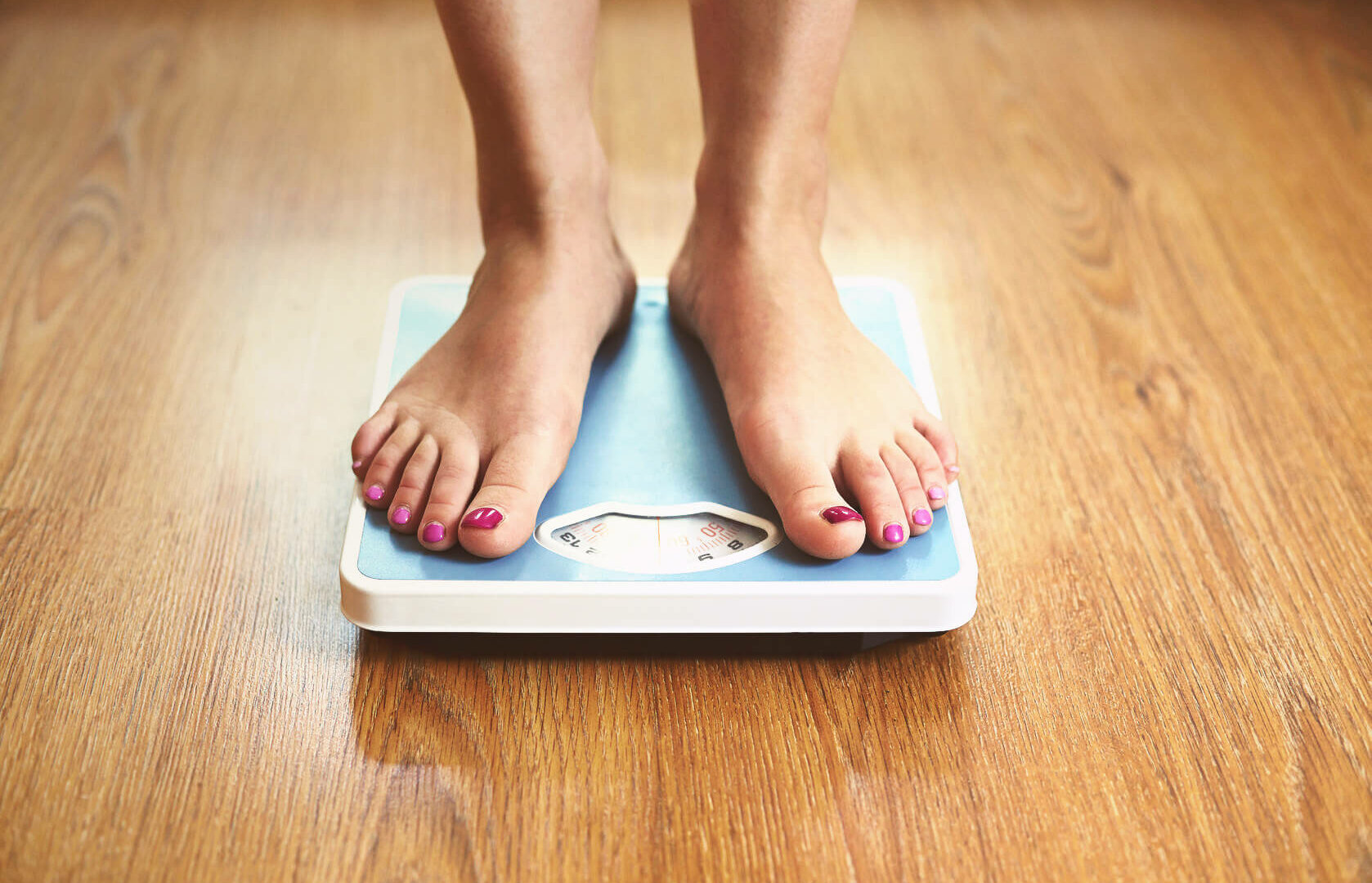 The scale is a common tool used to assess progress during a fat loss phase. Weighing is quick and relatively inexpensive. With weighing, progress can assessed within a couple of weeks compared to other methods of measuring progress such as body measurements or progress pictures which can take longer to change.

For these reasons, weighing can be a valuable tool to assess progress, but how frequently should an individual weigh?

The purpose of this article is to review the scientific literature on frequent weighing and weight control. From there, practical recommendations will be given for those using the scale to monitor progress.

In addition, numerous interventions that have included daily weighing have observed significantly greater weight loss [4][5][6]. Individuals who weighed daily were also found to have a lower calorie intake and a trend for an increase in activity compared to those who did not [4].

There are a number of ways to create an energy deficit and lose weight. As a result, many individuals lose weight; however, most re-gain the weight lost. Clearly, body weight maintenance following a weight loss intervention is key to long-term success.

Numerous studies have investigated the effects of frequent weighing on body weight maintenance after weight loss. These studies have primarily been performed in those who began the weight loss intervention overweight or obese.

In a study of over 3000 overweight or obese individuals who lost at least 30lbs and kept it off for at least 1 year, researchers observed that those who reduced weighing frequency during the year of follow up re-gained more weight than participants who either maintained or increased the frequency they stepped on the scale [7].

As an interesting related side note, daily weighing has also been show to prevent the “freshman 15” in college students [12].

Based upon this data it is clear that daily weighing can be a powerful tool to help prevent weight gain.

Is it better to weigh more frequently?

Based upon the previous data, it is clear that self-weighing can be an effective tool to increase weight loss and improve weight maintenance following a weight loss intervention. But, how frequently does an individual need to step on the scale to observe benefits from self-weighing?

A recent weight loss intervention in obese adults that included daily weighing observed that for every 11 days an individual self-weighed, they lost an additional 1 lb. In addition, those who self-weighed at least twice weekly were significantly more likely to lose at least 5 percent of their body weight during the intervention [13]. Moreover, following weight loss those who reduced weighing frequency re-gained more body weight than individuals who either increased or did not change how frequently they weighed [7].

Based upon this data, daily weighing appears to be the best choice; however, even more frequent weighing has also been investigated. Weighing twice daily (morning and night) was shown to result in more loss than weighing once daily [16].

Taken together, these studies suggest that more is better when it comes to weighing frequency.

Are there any negative effects to weighing frequently?

While the previous data does suggest that weighing more frequently is better when it comes to stepping on the scale, it is reasonable to hypothesize that at some point increasing weighing frequency could lead to an obsessive and negative relationship with the scale.

Fortunately, a number of studies have investigated the psychological effects of frequent weighing. However, these studies have found very mixed results.

Some studies have even observed beneficial psychological effects of frequent weighing. A reduction in body dissatisfaction was observed after a 6 month weight loss intervention that included daily weighing [17]. Similarly, daily weighing during post-diet weight maintenance was associated with increased dietary restraint, decreases in depression and reduced binging [11]. However, these findings may be confounded by the fact that frequently weighing results in greater weight loss and weight maintenance; therefore, improving body image.

How do I use the scale to assess progress?

For many individuals the scale can be a great tool to help monitor progress without psychological consequence. If you are someone who plans to use the scale to track progress there are a few things to consider.

Body weight will normally fluctuate a couple pounds daily. This is due to a number of factors such as: water intake, salt intake, stress, hormones, illness, medication, sleep patterns, length of time from your last food/drink to your weigh-in, sweat, bowel movements and a number of other factors. Therefore, it is going to be important to look at averages of longer period of time (e.g. weekly) rather than stressing over fluctuation from day to day. It will also be important for females to account for their monthly cycle when assessing body weight change.

To minimize the variation in weigh-ins, it will be important to weigh in at the same time of day under the same conditions. Typically, the easiest way to do this is to weigh on the same scale first thing in the morning each day prior to eating or drinking.

Lastly, one important thing to keep in mind is that the scale is only one tool that can be used to assess progress. If you are going to use the scale it will also be important to use it in combination with other markers of progress such as: progress pictures, performance in the gym, body measurements and how your clothes are fitting.

Weighing daily appears to be more effective than stepping on the scale less frequently.

The psychological effects of weighing frequently can vary greatly from person to person. Some individuals experience no detrimental effects from stepping on the scale frequently while others experience negative psychological effects. If you find you are someone who starts to become obsessed with the scale, it may be best to use other methods to track progress besides frequent weighing.

If you are going to use the scale, weigh daily under the same conditions, look at averages rather than individual weigh-ins and use the scale in combination with other markers of progress such as progress pictures, body measurements and performance in the gym.