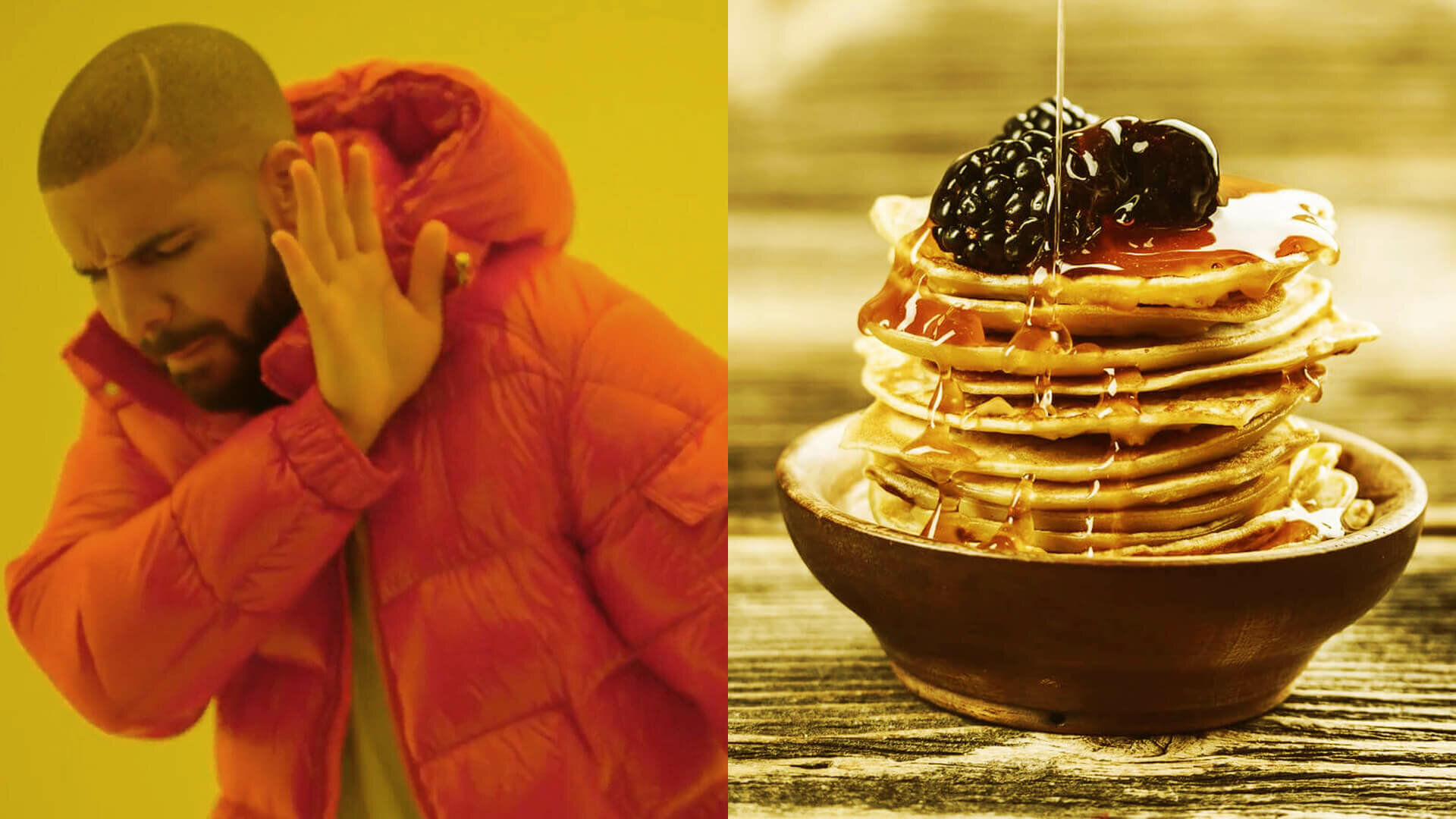 Carbohydrate Restriction: What is it Good For?

The ketogenic (keto) diet is popular, polarizing, and represents the most extreme application of carbohydrate restriction. By rule, keto dieters consume 70-80% of calories from fat, while restricting protein (15-25%) and carbohydrate (<5-10%) intake. The premise of the diet is that restriction of carbohydrate (and, to some degree, protein) increases reliance on fat for energy, and increases the production and utilization of ketones as a fuel source. If protein or carbohydrate intake are too high, you’ll maintain some reliance on carbohydrate, and ketones will not be produced in sufficient quantities. From a biochemical perspective, the body adapts by enhancing its ability to derive energy from fat and ketones, and reliance on carbohydrate for energy is reduced. But aside from eliciting extreme viewpoints on the internet, what is keto actually good for?

Some cool things happen when these biochemical adaptations take place and you become keto-adapted. There are some seizure disorders that are caused by faulty carbohydrate metabolism in the brain. When these patients go on ketogenic diets, their brains learn to use ketones instead of carbs for energy, and the frequency and severity of their seizures are dramatically reduced [1]. In fact, the brain essentially becomes immune to hypoglycemia (low blood sugar) — even at blood glucose levels that would typically put someone into a coma, individuals who are keto-adapted from prolonged fasting are totally fine [2].

When it comes to body composition, there are some nice benefits as well. Most notably, ketogenic diets seem to reliably reduce appetite [3]. As I’ve noted in some previous articles and podcasts, I adhered to a ketogenic diet for a good six to seven months. I noticed a pronounced drop in appetite, but a very sustained energy level throughout the day. From a practical standpoint, it’s also very easy to avoid grazing or snacking when you’re on keto; it’s very rare that a catered meal at the office will involve palatable items that are >80% fat, so you’re faced with the choice of either eating butter packets or just sticking to the lunch you packed.

From my perspective, the most intriguing aspect of keto is its potential effects on exercise performance. The premise is appealing: If we carry tens of thousands of calories around in the form of stored body fat, and only a couple thousand calories of carbohydrate, why not get better at using the fat? Endurance athletes can experience gastrointestinal discomfort from pounding sports drinks and gels during events, and it’s inherently tedious. For these athletes, “bonking” or “hitting the wall” (i.e., running out of stored carbohydrate) is one of the primary performance killers they face. For strength and physique athletes, issues arise even before truly “bonking,” as evidence has shown that glycogen depletion happens in a non-uniform manner, with preferential depletion occurring near the sarcoplasmic reticulum [4]. This is problematic, as the sarcoplasmic reticulum is a huge regulator of the muscle’s ability to create force; as most carb-cutting strength athletes will tell you, lifting weights in a carb-depleted state is no walk in the park. So if we adapt to a keto diet, can we kick our carb dependence and become immune to these performance issues?

Unfortunately things aren’t that simple. We know for certain that after adjusting to keto for a few weeks, you will undoubtedly use more fat (and ketones) for energy, and less carbohydrate [5]. You’ll note that I haven’t been mentioning protein much, and that’s because you’ve got far bigger problems with your diet if a substantial amount of your energy for exercise is coming from protein. However, the benefits in fat and ketone utilization come at a cost.

If you stick with a keto diet for a long time, you’ll see an increase in the enzymes we use to break down fat, and a reduction in the enzymes that we use to break down carbohydrate [6]. This is fairly intuitive; with metabolic enzymes, you use them or you lose them. The problem is that high-intensity exercise (generally upwards of 75% of your VO2 max, and pretty much anything strength or sprint-related) requires carbohydrate utilization [7], because we simply can’t derive large amounts of energy from fat rapidly enough to fuel this activity. As a result, keto diets have been shown to increase fat oxidation during exercise [5], but do not consistently improve endurance performance, and actually hinder power output during sprinting [8].

I know, I know. A recent study [9] suggested that keto enhanced power output, but I’m not buying that conclusion. They were measuring power output (watts) relative to body weight; body weight went down, so the “performance” value went up. But if I lose two pounds, my bench press didn’t get better… I just lost two pounds. The same goes for power output in that study; the watts they were able to produce didn’t increase to a meaningful degree, so to say they improved power output is a bit of a stretch.

But all is not lost, and there may be some applications for a more sensible approach to carbohydrate manipulation. There may be performance and body composition benefits from strategically enhancing the capacity for fat oxidation, as long as carbohydrates are not entirely neglected in the process. This is where the concept of metabolic flexibility comes into play; in essence, this describes the ability to burn fat at rest, but to “flip the switch” and burn carbohydrate when it is most advantageous, such as after a high-carb meal or during high-intensity exercise.

The most tried and true way to enhance fat burning is by becoming aerobically fit (i.e., endurance training). However, there might be additional strategies to help nudge the process along. For instance, implementing deliberate periods of carbohydrate-depleted aerobic exercise can stress our fat burning systems, thereby providing a stimulus for us to boost our metabolic machinery and enzymes required for fat oxidation [10]. These carb-depleted, steady-state workouts should be used to complement high-intensity exercise performed in a carb-fed state, so that we don’t completely lose out on the capacity for carbohydrate breakdown during high-intensity work.

In addition, research in rodents [11] has shown that habitual consumption of a diet lower in carbs and higher in protein is associated with enhanced metabolic flexibility. When these rodents consume a meal, they are able to manage their blood glucose more efficiently and store less glucose in fat cells after the meal. Aside from metabolic health, this metabolic flexibility might relate to exercise performance as well. Our lab did a study in humans [12] and found that people who typically eat relatively less carbs and more protein were more effective at switching to carb utilization during high-intensity effort, and quickly switching back to fat utilization after the exercise was done. This doesn’t necessarily mean you need to be on a low-carb diet, and certainly doesn’t require a full-blown ketogenic diet. The most practical approach would probably entail a high-protein diet with low-to-moderate carbohydrate intake relative to your overall training volume, with some strategically placed low-intensity exercise bouts in a carb-depleted state.

Enhancing metabolic flexibility may be great for endurance athletes and calorie-restricted strength & physique athletes alike; it is inherently advantageous to save carbs for when you really need them, and to exclusively burn fat when you don’t. The advantage of enhanced oxidation is fairly straightforward for endurance athletes, and a recent study found that maximal fat oxidation explained 50% of the variation in race times for ironman athletes [13]. But if you think fat oxidation is meaningless for the weight lifting crowd, think again; research tells us that bodybuilding-style resistance training depletes muscle glycogen by about 28%, but also depletes muscle triglyceride content by about 30% [14], indicating that fat oxidation plays a meaningful role in fueling weight training.

Ultimately, we need more data applying these strategies in well-trained athletes before we can confidently determine their efficacy. But collectively, the available research indicates that endurance athletes might benefit from manipulating their habitual protein-to-carbohydrate ratios and tactfully implementing carb-depleted training bouts to improve their fat-burning efficiency during low-intensity work without hampering their ability to kick into a higher gear when necessary. The advantages would likely apply to weight-restricted strength and physique athletes as well, as more efficient use of carbohydrates would theoretically facilitate fat loss while supporting performance in the gym.

Let’s get back to the original question: What is carb restriction good for? When it comes to keto, it’s certainly good for people who have specific genetic conditions that involve impaired carbohydrate breakdown, but this is a very small percentage of the population. For endurance performance, it’s hard to recommend keto for the tortoise or the hare, but the snail might be able to get away with it. If you’re doing activity that involves any type of sprint or high-intensity work, which includes fairly long-duration activities like marathons that involve periods of elevated intensity, keto would not be the ideal strategy. The ultra-endurance folks might be able to get away with it, but endurance performance/sports nutrition legend Dr. Louise Burke cautions that, even in these sports, there are breakaways, hill climbs, surges, and sprint finishes that require high-intensity, carb-fueled efforts [15].

When it comes to strength and physique athletes, the utility of keto comes down to three factors: volume, repetition range, and caloric intake. If your lifting program involves high overall volume, or moderately high repetition ranges (>5-6 repetitions per set), your carb dependence will be elevated, and a keto diet will be more likely to hinder your performance in the gym. However, those engaged in a high intensity/low volume program with lower rep ranges can probably get away with keto. For some unfortunate souls (myself included), contest prep will require that your daily calories (and as a result, carbohydrates) get very low. For us, we’re going to be making and using ketones toward the end of contest prep, whether we like it or not. In this context, switching to keto may be justifiable because your gym performance is probably going to suffer either way, and at least the keto-adaptation process should help you manage your hunger and energy level throughout the day.

In conclusion, optimal carbohydrate intake is anything but “one size fits all.” Ketogenic diets may be a viable option, but only when tactfully implemented, and when contextual factors permit. For most individuals, less drastic measures of carbohydrate manipulation can be taken to enhance metabolic flexibility and the capacity for fat burning, which may yield modest but meaningful benefits with regards to performance and body composition.