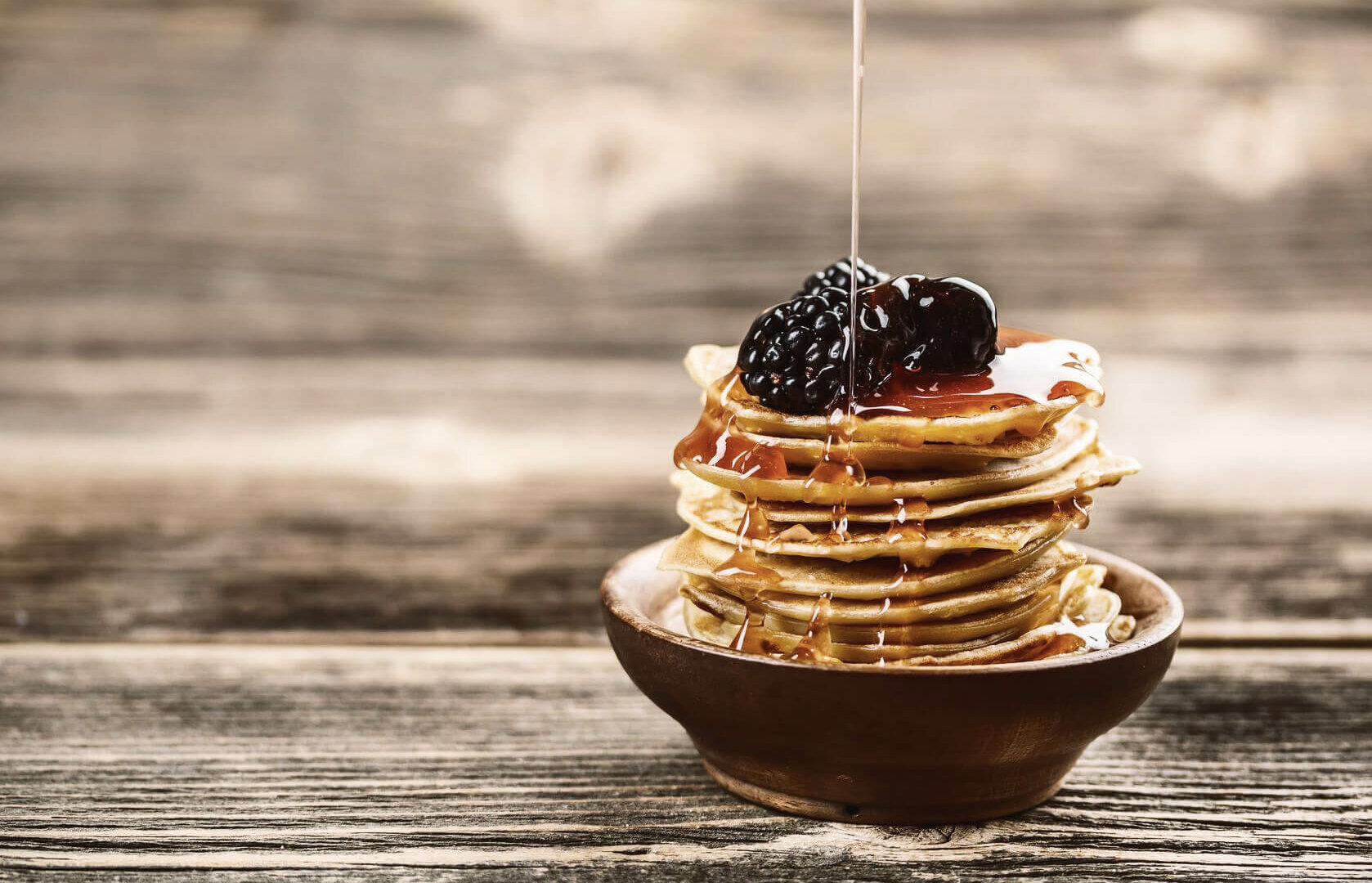 Ask 100 members of the public what the worst macronutrient is, and chances are, 95 of them would say carbs.

A decade or two ago, this would have been different, when we were all about sticking to a low-fat diet, and embraced grains, fruits and potatoes while eschewing butter, steak and cheese. Nowadays though, things are a little different.

Due to the risk in popularity of diets like Atkins and South Beach, everyone’s been indoctrinated into thinking that carbs stop fat loss, trigger the release of insulin, ignite fat storage, and need to be kept to a bare minimum if you want to lose weight. We’ve even got to the point where people are avoiding perfectly healthy fruits and vegetables because they’re so scared that the carbs will be their dietary downfall.

Where did the madness begin?

As much as gorging all day on donuts and sandwiches may not be the best approach for long-term or short-term fat loss, there’s absolutely nothing wrong with including carbohydrates in your diet, regardless of your goals. In fact, having more carbs in your diet could even accelerate fat loss and make your diet a damn sight more effective.

Low-carb advocates often claim that in a scientific setting, low-carb diets fare better than low-fat diets, but this isn’t necessarily the case. While low-carb diets do often show more weight loss, this occurs in studies where protein isn’t matched. Typically, low-carb diets are higher in protein than higher-carb diets. Think about your typical low-carber – they cut out their bread, pasta and potatoes, and start eating more green veggies and proteins to keep them feeling full. We know that protein has a positive effect on weight loss, as it keeps you feeling fuller and has a higher thermic effect of food (around 20%) so most studies that compare low-carb and low-fat diets are in reality comparing low-carb, HIGH PROTEIN diets with low-fat, low to moderate protein diets.

The former will win virtually every time, but it’s not necessarily because more calories are being cut from carbs.

A 2004 study from the Obesity Research Journal put subjects on either a VLC (very low carb) diet or an LF (low fat) diet where protein and calories were matched, and found no significant differences in weight loss, fat loss, glucose levels or compliance. The VLC dieters did experience bad breath and cravings, while LF dieters noted down increased burping and flatulence. [1]

A 2009 study from the American Diabetes Association conducted a similar experiment, where all participants were placed in a 500 calorie per day deficit, with 20% of calories coming from protein and a daily dose of 18 grams of fiber. Again, no difference between weight and fat loss was observed between the two groups. [2]

Finally, a 2014 meta analysis on low-carb diets concluded that –

“Trials show weight loss in the short-term irrespective of whether the diet is low CHO or balanced. There is probably little or no difference in weight loss and changes in cardiovascular risk factors up to two years of follow-up when overweight and obese adults, with or without type 2 diabetes, are randomized to low CHO diets and isoenergetic balanced weight loss diets.”

What does all that mean?

History Doesn’t Do Any Better

So we’ve debunked the science, but how about anecdotal evidence and heresy?
Another common argument from low-carb zealots (sorry, proponents) is that obesity has risen dramatically in the last 40 years, and so has our carb intake, and so this can’t be coincidence.
It’s true that we probably do have access to more carbohydrates now than we did in the 1970s, but we also just eat more calories, period.

As much as people love to say “abs are made in the kitchen, not the gym” training plays a huge part in your results.

No one ever built muscle without training, and even when you’re cutting, if you’re aiming to actually have a decent physique, your goal should be to maintain as much muscle mass as possible, which makes keeping your training intensity and volume up absolutely vital.

To quote the 2014 study from the Journal of the International Society of Sports Nutrition by Eric Helms, Alan Aragon and Peter Fitschen, entitled – “Evidence-based recommendations for natural bodybuilding contest preparation: nutrition and supplementation” –

“While it appears low carbohydrate, high protein diets can be effective for weight loss, a practical carbohydrate threshold appears to exist where further reductions negatively impact performance and put one at risk for LBM losses”

Ergo, while low-carb diets may have potentially metabolic benefits (as discussed earlier) reducing carbs too much can hinder performance, cause losses of muscle glycogen, reduce strength and potentially muscle mass. Therefore, once protein needs are met (between 1 and 1.5 grams per pound of lean body mass) and fat intake is somewhere between 0.3 and 0.6 grams per pound, carbohydrate intake should be maximized.

The Best Diet is the One You Can Stick To

What’s the one macronutrient people crave above all else? Carbs.

Okay, peanut butter and bacon are both tasty, but when was the last time you heard someone say they fell into a protein or fat coma?

We’re designed to want carbohydrates, as they’re the body’s preferred fuel source, and so when we cut them, we just want them more. That’s why, if you don’t restrict carbs, you probably don’t give a damn about eating bagels and chips, but as soon as they’re taken away, you can do little more than pine for them.

As the saying goes, “The best diet is the one you can stick to” and so if you love your carbs, provided you’re in a calorie deficit, eating enough protein to preserve muscle mass and enough fat to support hormone production, there’s no real need to slash carbs any further.
This is why keeping your carbs high enough to reduce cravings is vital, and also why including a re-feed or high carb day(s) may also be beneficial, partly from a psychological standpoint, but also because short-term over-feeding with carbohydrate can increase levels of the hormone leptin, which plays an important role in maintaining metabolic rate and energy expenditure. [5]

Despite the overwhelming body of research suggesting that low-carb diets aren’t necessarily superior to higher-carb diets when protein is matched, and that carbs are crucial for performance, plenty of low carbers still like to use skewed logic and reasoning for promoting a low-carb approach.

One such example is the idea that a low-carb diet keeps insulin low and that insulin causes fat storage.

While fats and proteins do tend to have less of an impact on insulin on the whole, there are low-carb foods (such as whey protein and some dairy products) that spike insulin more than many carbs. Plus, insulin in itself doesn’t make you fat anyway. While chronically high insulin levels combined with a calorie surplus isn’t great news for your fat stores, if you’re eating in a deficit, even if insulin is high, there won’t be any excess calories to store as body fat.

Low-carb eating is popular in the mainstream due to the fact it tends to elicit fast weight loss. This can’t be confused with fat loss though.

Your body can store around 500 grams (just over 1 pound) of carbohydrate in the form of glycogen in the liver and muscle cells at any one time, and each gram of glycogen carries with it around 3 grams of water, giving you a total weight of 2 kilograms (4.4 pounds.) If you cut your carbs right down suddenly, your body loses this in the initial stages of going low-carb, and thus shows a big drop on the scales, but in reality, a substantial percentage of your initial low-carb weight loss will be glycogen and water, not body fat.

So How Many Carbs Should I Eat?

This comes down to two things.

Firstly, what are your calorie requirements, and how much protein and fat do you need? Once you’ve established these, you can figure out your minimum and maximum carb intake and work with these.

If you’re the kind of person who feels great on a high-carb diet, and likes cereals at breakfast and sandwiches for lunch, then set your fats at the lower end, and push your carbs up.

Conversely, if you actually find you function better and have more energy when keeping carb intake a little more spartan, and you enjoy eating fatty meats, nuts, cheese and peanut butter, then have a higher fat, lower carb intake.

The bottom line is that carbs don’t “make” anyone fat – too many calories make you fat.
It’s easy to pick a bad guy and lay the obesity epidemic at their feet. Unfortunately, in recent years, carbs have become that nutritional baddy, but this reputation is completely undeserved.
Carbs aren’t just okay, they’re great. And they should be part of your diet, no matter what your goals.