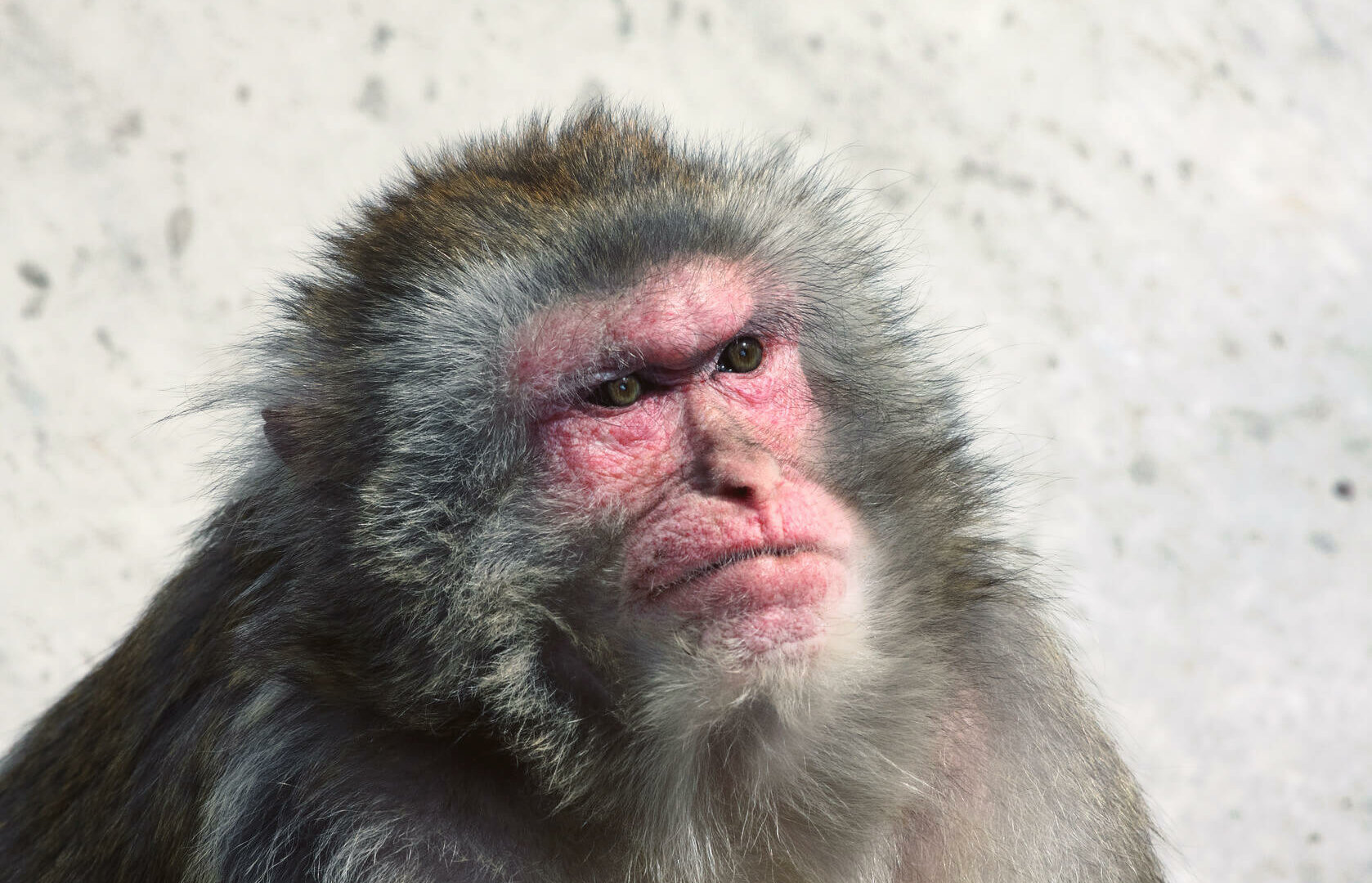 You don’t need me to tell you that some of the advice out there for fat loss is just plain bad.

We have personal trainers who proclaim themselves ‘experts’ after having done a 4-week course, and people who read an article in a magazine and suddenly want to debate nutrition with someone who has a PhD.

We KNOW there’s a ton of terrible information out there … but what’s the worst?

Things like low-carb, low-fat, vegan and keto diets will always be around, whether we like and recommend them or not. But sometimes, a trend comes along that’s so utterly crazy, it makes you question peoples’ sanity.

Should you run into someone mad enough to be following any of the following diets, you might want to direct them here.

Not only will these do nothing to help your fat loss, they could actually hinder it.

There’s not even anything wrong with the two mixed together. (At least, not if you don’t mind ruining good coffee!) But we run into trouble when people start promoting this as a fat loss aid, or a metabolism booster.

The idea of putting coconut oil in coffee stemmed from the invention of Bulletproof Coffee, which was popularized by businessman and author Dave Asprey.

This contains a whopping 50 grams of fat, and over 450 calories.

Even though the majority of people have now refined this to simply being coffee with a tablespoon of coconut oil, that’s still 13 grams of fat and 117 calories.

Advocates of bulletproof coffee claim that it gives you a burst of energy.

Well … Of course it’s going to give you energy. It contains calories.

The traditional bulletproof coffee has around the same number of calories 3 slices of toast with 3 eggs and an apple.

But which option do you think would keep you fuller until lunch? And which would be tastier?

Some research suggests that MCTs (Medium Chain Triglycerides – the type of fat found in coconut oil) may have a small beneficial effect on fat burning, but this is outweighed by the amount of fat itself, and while MCTs may be superior to other forms of fat, your fat loss progress still comes down to calorie balance over time.

2. Going Gluten Free When You Don’t Need To

The only true reason to avoid eating gluten is if you’re celiac.

The prevalence of celiac disease in the United States and Europe is around 0.7%, or 1 in 141 people. [1] Yet far more than that are choosing to eat gluten-free.

Where things come unstuck however, is thanks to the fact that plenty of gluten-free alternatives of regular, everyday gluten-containing dishes are actually higher in calories than their gluten-containing counterparts.

Because they can’t use regular flour, they often sub in more calorie-dense flours, such as almond flour, which bumps up the calorie count, and can make sticking to your macros much harder.

We’ve not even mentioned the cost yet either. A 2008 study found that on average, gluten-free foods were 242% more expensive than the regular versions. (2) So unless you need to eat gluten-free due to a medical condition, it’s probably not the best use of your money. The arguments for and against Paleo have been battled hard over Internet forums and social media the past decade or so, and it’s safe to say that if you’re in the evidence-based dieting camp, then you’ll realize that while a Paleo diet isn’t necessarily bad or unhealthy, it is highly unnecessary.

Whether you decide to follow some obscure form of caveman-like eating or not is largely down to personal preference and whether you prefer to base your decisions on science or dogma.

However, much like going gluten-free, plenty of Paleo foods are a lot higher in calories than their non-Paleo counterparts.

While Paleo foods may claim to be ‘healthier’ by replacing items like sugar, and honey with agave nectar and date syrup, or regular flour with nut flour again, the sheer amount of almond flour, coconut, dark chocolate, dried fruit and oils in Paleo ‘treats’ such as muffins and cupcakes means that they’re not the easiest things to fit into your macros. Again, this means that your paleo brownie is probably going to be more calorific than your regular old run-of-the-mill store-bought brownie.

How important it is depends on a number of factors, the main ones being workout frequency, and what your training goals are.

If you’re training twice a day, with an emphasis on performance, then workout nutrition is critical.

If you’re taking part in extended bouts where you need plenty of stamina, it’s up there too.

Losing fat and building muscle? It matters, but not as much as you might believe.

There’s a lot of science to support the efficacy of a well-planned pre- and post-workout meal, but many guys and girls massively over-complicate the issue. They’re following the advice from magazines or supplement companies, and believing that the right food and supplement combo is the end all be all.

They’ll spend hundreds of dollars a month on supplements, time their pre-workout meal perfectly, then slam a quick whey hydrolysate shake right after they’ve finished their last set, before having a solid meal 60 minutes later.

This again isn’t ‘bad’ in itself, but the trouble is, most of these folks don’t have a clue about calories, and macros, and certainly aren’t tracking their daily intake.

Back in the 1940s, psychologist William Herbert Sheldon came up with the idea that there are three different body shapes. He labelled these as endomorphs (naturally fatter,) ectomorphs (naturally skinny,) and mesomorphs (muscular and lean.) Collectively, they were known as somatotypes.

While there is some theory behind somatotyping, and we all have certain physical characteristics that conform with Sheldon’s ideas, it’s very rare you meet anyone who is a true, 100% fit for one of the three models.

Despite this though, plenty of coaches have dived head-first into the idea that our diets should be based around our supposed somatotype.

Metabolic typing diets involve taking a questionnaire, which asks things such as –

“After drinking coffee, I am: Nervous, jittery and hungry, or okay as long as I don’t have too much.”

“If I have food cravings, they are usually: Fatty and salty, or baked goods such as bread and cereal.”

At the end of the test, you’re given your results, which supposedly match you with your ‘perfect diet.’

However, not only is there no science to support the idea of eating for a particular body type, but not once do the test or the recommendations mention amounts of calories and macros.

Sure, you get advice on whether you should eat more carbs and less fat, or fewer carbs and higher fat, but that’s about it.

The real best way to determine what the best diet for you is (i.e. the one that will work and that’s easiest to stick to) is to calculate your ideal macronutrient intake, your protein intake and then tweak your carb and fat intakes to suit your tastes.

It really doesn’t need to be any more complicated than that.

Detoxes and cleanses can take many forms, from just consuming juices for a week, to not eating at all, taking special supplements, drinking ‘detox teas,’ or sticking to special diets supposedly designed to flush your body of toxins.

But here’s the thing – your body is pretty efficient at detoxing itself already. Your liver, kidneys, lungs and skin are all natural detoxifiers, and there are no waste products building up in your system that can be fixed from going vegan for a week, or drinking some kind of weird herbal beverage.

“To the best of our knowledge, no randomized controlled trials have been conducted to assess the effectiveness of commercial detox diets in humans. This is an area that deserves attention so that consumers can be informed of the potential benefits and risks of detox programmes.” [3]

Following a detox protocol is not only unlikely to do you any good whatsoever, but could also cause harm if you’re cutting out entire food groups. Some detox diets and supplements can even have a laxative-like effect.

If your kidneys, liver, lungs and skin aren’t working well enough to detox your body from any potential intruders, then you need a doctor, not a smoothie diet or a detox tea.

The (Not So) Super Six

To the half dozen stupid trends here, we could have added metabolism boosters, waist trainers, raw food diets, supplements like raspberry ketones and a whole host of others.

But they can all be saved for another day.

Unfortunately, where people are so eager for a quick fix, and where there’s so much money to be made from promoting extreme fat loss methods, it’s not always easy to decide what’s legit, and what’s a straight up pack of lies.

So just keep your wits about you, question everything, and if a fat loss trend sounds too good to be true, it probably is.

If all else fails, a calorie deficit and resistance training is a trend that actually works, and isn’t going to die anytime soon.