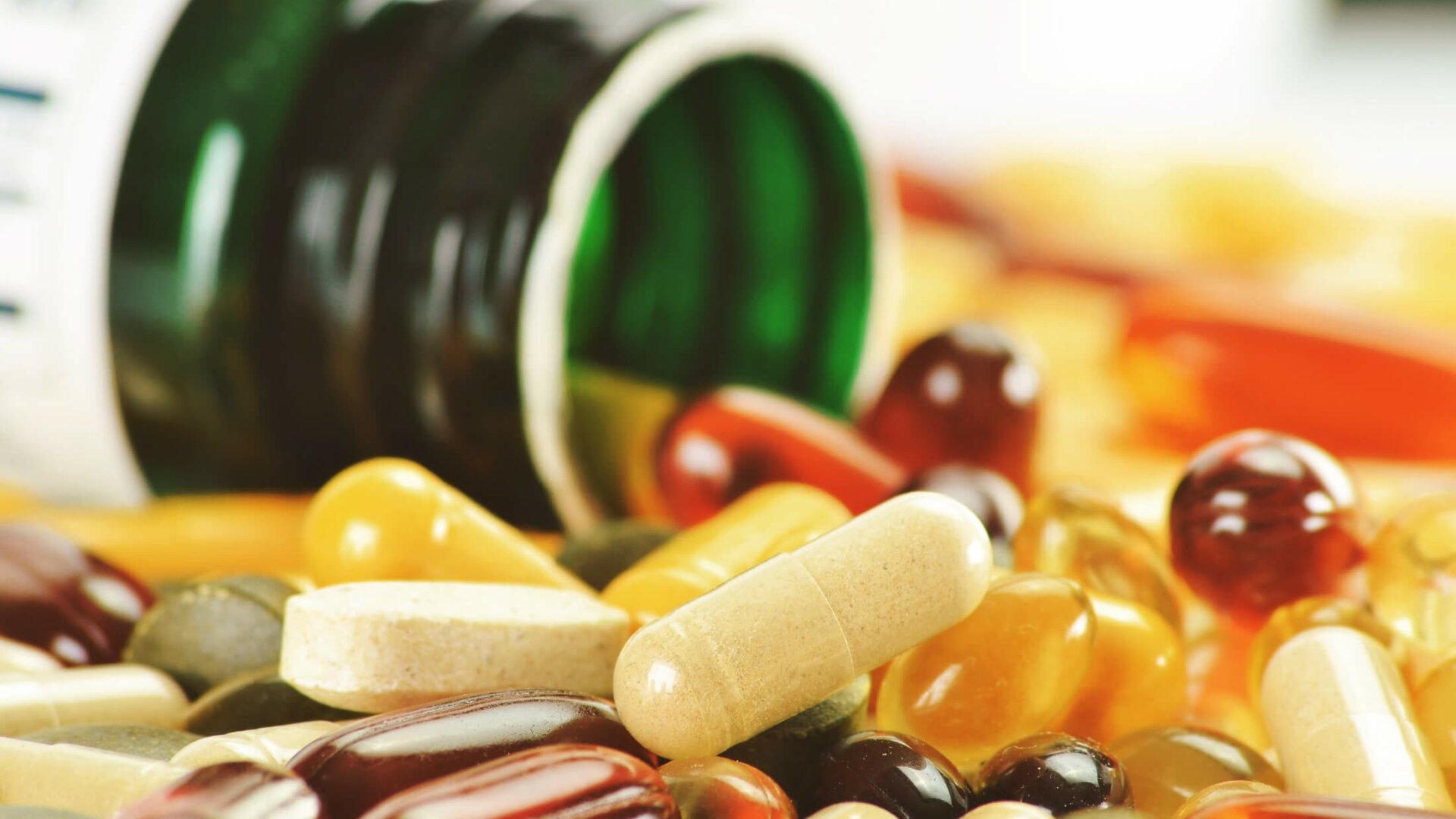 Don’t let the TV ads or your local supplement shop fool you!

While there are indeed lots of supplements out there that have been scientifically proven to increase fat loss, muscle growth and sport performance, there are sadly a large amount of supplements that have no or very little added benefit.

Due to lack of regulations in the supplement industry some companies will try to take advantage of you by adding useless ingredients or using tricks such as proprietary blends to maximize profits but not benefits.

Another major issue the average consumer now faces is that some supplements may contain the proven ingredients as a marketing asset but they are very under dosed and so still provide no benefits!

In this article I dive into 5 supplements that don’t have the research evidencing they work, while also teaching you how to pick the best supplements on the market.

For starters, I would just like to preface that not all fat burners are useless; however, a majority of the mainstream fat burners are nothing more than expensive caffeine.

Raspberry Ketone – In lab trials, this has been shown to have fat loss effect in test tubes, as well as in high quantities in several animal studies. However, there is no data to support that this supplement is effective for fat loss in humans [2][3].

Hoodia Gordonii- Is another very common ingredient amongst fat burners and is claimed to suppress appetite. However, not only has this not been proven in human models it may also in fact be mildly toxic [4].

Always think twice before purchasing your next fat burner and check to see what ingredients they contain. Here are a few proven ingredients that you could try:

Remember that your diet and exercise regime will be over 95% of the battle when it comes to reaching your goals, even if you use the best supplements around!

You may be surprised to see this one on the list, after all BCAAs are a very popular supplement within the body building community.

While they may be effective in periods of calorie restriction or when you go several hours between a meal, for the general person who is already consuming adequate amounts of protein in their diet added BCAAs are going to have little effect [5][6]

Though, as stated it does depend on the individual and circumstance; however, I would not recommend supplementing with BCAAs if you are eating sufficient calories and are on a high protein diet. Instead, I would focus on consuming meals full of high quality proteins throughout the day as they will be more efficient and save you money!

The only caveat or exceptions are:

In these scenarios I would recommend supplementing with BCAAs to reduce muscle breakdown and provide enough essential amino acids to stimulate muscle protein synthesis.

CLA is another popular supplement often used to aid in Fat Loss. CLA has been extensively researched in both animal and human models and has been shown to have a variety of biological effects including anti-carcinogenesis, immune modulation, and changes in body composition [7].

Initial research in animal studies was very promising with mice seeming to respond the best to CLA treatment. One study demonstrated that mice supplementing with CLA had 60% less body fat compared to the control group [8]!

Sadly, while animal studies are great for preliminary research and may allude to potential mechanisms that we could not discover in human trials, it must be noted that humans metabolisms are different and therefore the results are not directly transferable.

With this in mind, CLA may have some great health benefits and possibly help you burn fat; however, until several human research trials come out to support this, you are taking a shot in the dark for very little, if any, noticeable return on your investment.

To further support this, one study in humans investigated the effects of CLA on body composition in overweight men and found no changes in body weight after 8 weeks of supplementation [9].

Another group of researchers collected 18 studies that looked at the effects of CLA on fat loss. These researchers discovered that 7 studies reported decreases in body fat whereas 10 studies reported no differences (7)
If you love CLA or currently use it, then it’s certainly not causing any harm; however, it’s probably not having a noticeable effect on your body fat either.

Arginine is a very popular supplement found in many pre-workouts or used as a single ingredient. In the fitness industry Arginine is believed to enhance blood flow during exercise and as a result increase muscular endurance and power output.

Although some studies have shown increases in blood flow, the results are inconsistent and do not evidence improved performance [10]. Several studies specific to sport performance have been conducted, assessing the efficacy of arginine supplementation on power output and endurance but have found no added benefit [11][12].

Based on the research, the big issue with Arginine is that the body breaks down a large percent during digestion. In fact, Citrulline is quickly becoming a superior replacement and has more research supporting its use.

Outside the fitness industry it is noteworthy that arginine has been extensively researched for clinical purposes. In fact, arginine has been shown to improve endothelial function, an important aspect of health.

A recent meta-analysis concluded that short term L-Arginine supplementation is effective at improving vascular endothelial function. However, it is important to highlight that these effects seem to be strongest in individuals who have low baseline levels of blood flow or health issues, not active or super healthy athletes [13]

While arginine may be effective at increasing blood flow in individuals with low resting levels, when it comes to increasing performance in healthy individuals citrulline appears to be a superior alternative.

Deer antler spray or velvet antler got its claim to fame after Ray Lewis stated it worked wonders for Raven’s superbowl run. However, as with many supplements, the research doesn’t support the mainstream claims or endorsements.

The theory behind deer antler spray is that it increases key anabolic hormones such as testosterone, growth hormone and IGF-1.

One study in particular investigated the effects of deer antler extract on aerobic power, muscular strength, and endurance in 38 active males. After training these researchers did not find any increases in testosterone, IGF-1, red cell mass or total blood volume. With regard to performance there was no added benefit from supplementation on vo2 Max or muscular endurance test. These researchers concluded that even more research is needed to support the mainstream claims [14]

Recently, more studies have been conducted to assess the effects of deer antler spray on anaerobic and aerobic activities. These researchers also suggest that there is no added benefit of deer antler supplementation on any of the measured performance variables [15].

While the idea of deer antler spray is promising and exciting for both boosting hormones and to improve skin regeneration, much more research is needed, especially to be able to state it considerably boosts hormones or performance.

To summarize today’s article, most commercial fat burners are not worth your money, especially if you aren’t optimizing performance and your own diet on a consistent basis.

For BCAA, a high daily protein intake will be sufficient for most people; however, BCAA may be useful for those dieting, exercising for long periods, vegetarian/vegans or to boost the Essential Amino Acid content of a low protein meal.

While CLA has promising animal research, these results have yet to be replicated in human models and it’s unlikely that it will significantly boost your fat loss to a real life and noticeable effect.

For arginine, while the idea of improving nutrient-packed blood flow to the muscles sounds great, there is, however, no added benefit to performance and Citrulline seems a superior choice to reap these benefits.

Lastly, Deer Antler Spray may be the most enticing supplement of all as it could boost hormones; however more research is certainly needed to prove this.

As mentioned at the start, this article isn’t aiming to say all supplements are bad or useless; in fact, some supplements are great and can have a fantastic impact on your performance and health.

However, with the vast array of supplements on the market, combined with clever marketing and a desire to drive revenue, it is important to base your order and supplement regime on unbiased research, rather than wasting your energy and money on something that may come with great advertising claims but have literally no benefit.