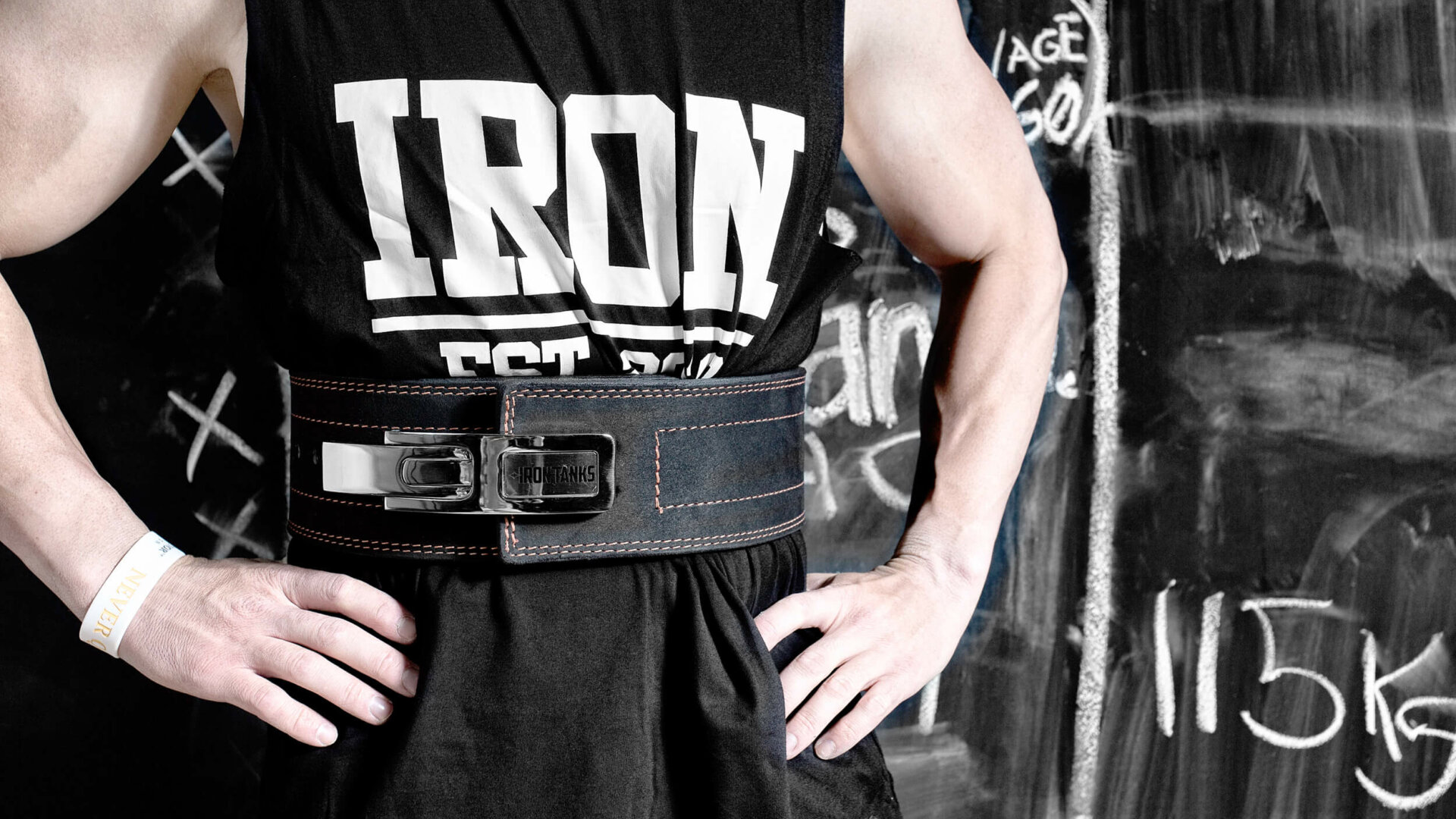 Are Lifting Belts Helping or Hurting You?

If you are a regular in the gym, then there is no doubt you are familiar with weight lifting belts. They are a common sight in most gyms these days. In fact, if you lift heavy weights, you probably have a weight lifting belt of your own. Most people believe that these belts help to keep your lower back safe when lifting weights. As such, they believe it is good idea to wear one during near maximal weight lifting efforts. And even if they aren’t keeping your back any more safe, they at least provide a sort of psychological safety net when it comes to lifting heavy.

However, there are many who feel that weight lifting belts can actually do more harm than good. These people assert that lifting belts will lead to issues as far as control and strength in our core. So, we once again find ourselves caught in between two opposite points of view. Which one of these schools of thought is correct? Lifting belts tend to be helpful for many people, but can also be harmful in certain situations. As such, a person’s individual circumstances will play a big role in determining whether they should be using a belt or not.

Core strength and activation has become an extremely popular topic among lifting enthusiasts these days. With lower back issues running wild, people are looking to bullet proof their core to prevent injury. So, we will start off with the issue of core activation with weight lifting belts. The debate rages on as to whether wearing a belt will strengthen or weaken your core over time. Although we don’t have long term studies on the subject, there are acute studies we can draw from.

It seems that in the short term, wearing a weight belt actually increases EMG activity in the rectus abdominis [4]. In other words, your abs do seem to reach higher peak activation when wearing a belt. Additionally, it has been shown that other trunk muscles such as the lats, and the obliques have higher muscle activation as well [1]. However, it should be noted that lumbar and thoracic spinal erectors have shown decreased activation when a belt is worn [1]. Overall, it seems that wearing a belt leads to more muscle activation in key core muscles.

Another aspect of trunk stiffness would be the amount of intra-abdominal pressure (IAP) that one can create during an exercise. The more pressure that exists in the trunk, the stiffer our trunk will be while lifting heavy. Put simply, more stiffness allows for more force to be transferred through the body which means more weight can be lifted. When it comes to weight belts, the evidence is pretty clear. Wearing a belt while lifting increases IAP significantly compared to lifting without a belt [2][3]. This increased IAP may explain some of the differences in EMG activity we discussed above. Either way, more IAP is a good thing when it comes to core activation, strength, and reduced injury risk.

It seems that weight belts tend to increase muscle activation, but just because there is more EMG activity doesn’t mean it will translate into better performance. So, how does wearing a belt affect your performance in the gym? Well, some studies have shown that lifting the same weight with a belt is easier than lifting it without a belt [Harman]. This seems like good evidence that wearing a belt increases your maximal strength to a certain degree.

Looking at the non-lab derived evidence, it is usually the case that using a belt increases maximal strength. It wouldn’t be crazy to say that 80-90% of people can lift more weight with a belt than without. In fact, I can count on one hand the number of people I’ve met who actually perform better without a belt. A lot of this has to do with the increase in IAP and trunk stiffness that accompanies belt usage. As stated earlier, you want to remain as stiff and rigid in the torso as possible under heavy load. If you can do so, you increase your ability to transfer force throughout the body and thus lift more weight.

So, if your goal is to lift as much weight as possible, then using a belt is probably in your best interest. This is why you see pretty much every single powerlifter using a belt out on the platform. Being able to lift more weight by using a belt is only going to compound on itself over time. Even if it only makes a 5% difference, that’s still a large difference when carried out over months and years. And it won’t just make a difference for your strength, but your muscle mass will benefit too. Lifting more weight leads to more volume and tension, which are two big drivers of muscle hypertrophy.

Up to this point, you probably think I am all in when it comes to weight lifting belts. They help you activate certain parts of your core and lift more weight during training. However, despite their seemingly helpful nature, they can become troublesome.

One of the ways it can go wrong is through overdependence on the belt itself. You should definitely think about throwing the belt on during heavy sets of compound lifts. For example, 1RM attempts for the squat and deadlift are good times to wear a belt. However, wearing a belt to do bicep curls or lateral raises is not necessary. In fact, wearing the belt all the time can probably start to result in a difference in biomechanics both in the muscles being trained and in the core.

Training without a belt is probably a good idea for beginners. When you first start out, you desperately need to develop proper neural activation of the musculature when lifting. As such, it’s likely that you won’t be able to touch any kind of weight that is close to your true 1RM. Your focus should be put on learning proper form and replicating that effort over several reps in a set. What you don’t need is a belt or any other augmentative piece of equipment that is going to interfere with that learning process. This will only serve to delay the process or perhaps even cause you to develop bad habits. After you’ve spent some time practicing the pure form of the exercise, then you can think about introducing a belt.

Another poor application of the belt would be using it as a crutch to save you from bad lifting technique or pain. If you can’t lift more than 50% of your 1RM without using a belt, then you probably need to work on your technique and mechanics. Similarly, having pain when you don’t use a belt is not normal. If you find yourself having pain during beltless training, then you probably have some underlying issues that need to be addressed. Wearing a belt is only going to go so far in keeping you from getting injured. If you are cat-backing your deadlifts, it’s only a matter of time before something goes wrong even if you wear a belt.

To wear a belt or not to wear a belt? That is the question that a lot of people are asking themselves. On one hand, it seems to help you prevent back injury and lift more weight. But on the other hand, certain well respected voices say that it will create problems with core activation. This would then lead to more injury risk later down the line. The answer to whether or not to wear belt comes down to your circumstances.

If you are trying to be as strong as possible, then wearing a belt is most likely going to help. More often than not, wearing a belt helps people put a little more weight on the bar. However, there are many people who just want to see what their body can do without the aid of equipment. And honestly, that’s totally cool. Either way, you have to make sure that your technique is solid whether you use a belt or don’t. This probably means forgoing the belt early on in your training career. Even later as you introduce the belt in training, make sure to never use it as a crutch. Otherwise, you’ll risk falling victim to injury because you were lifting like a knucklehead.