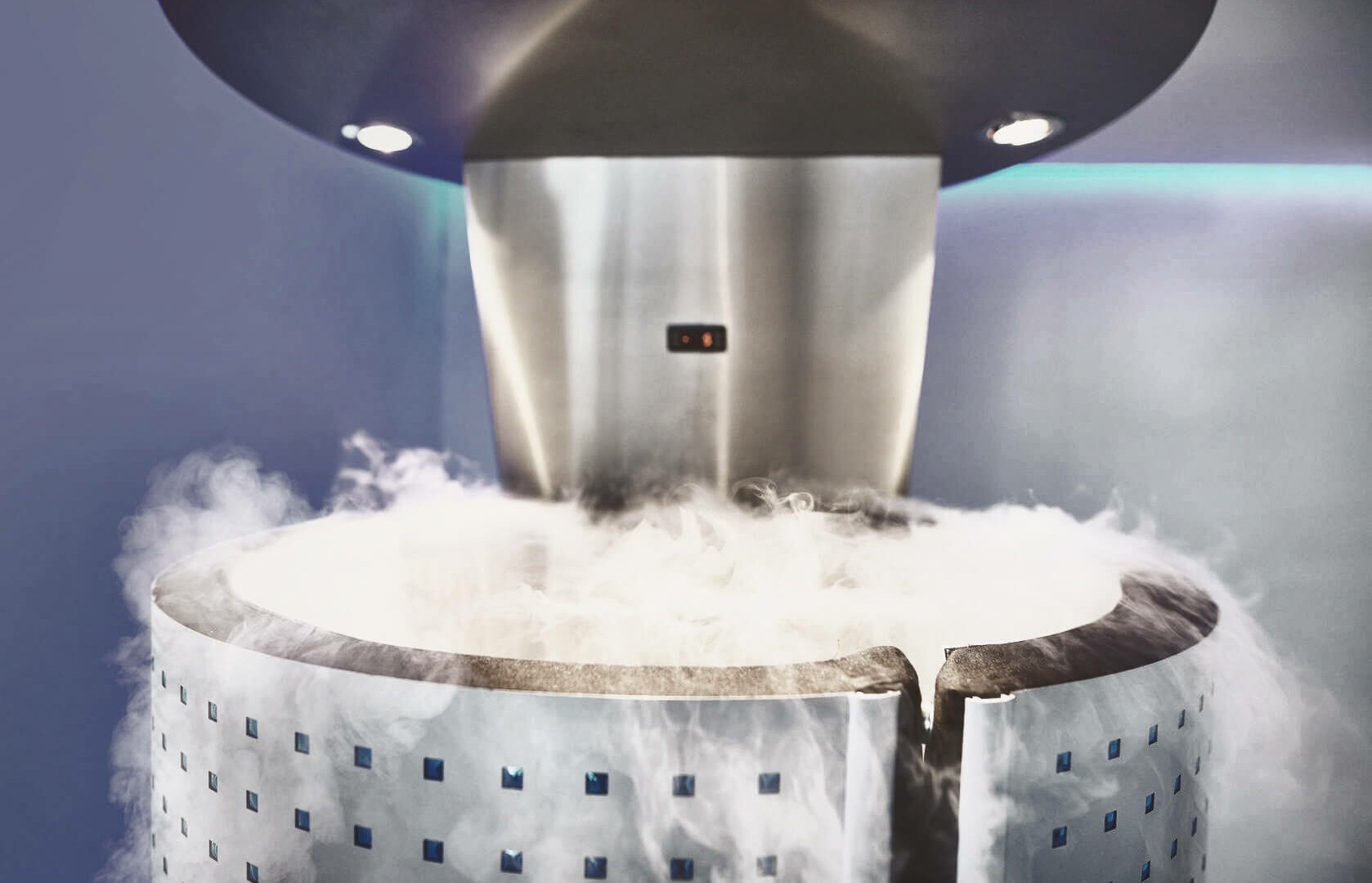 The use of recovery aids to reduce the time-period for recover between exercise sessions is an emerging fad. The spectrum of muscle damage or injury ranges from mild to moderate exercise-induced damage by way of differing degrees of muscle strain and tearing, and possible contusion, laceration, and crush injury more related to contact sports.

Similarly, the muscle growth and repair response is related to the degree, location and extent of the muscle damage. Resistance exercise can cause skeletal muscle damage especially in those who are categorized as untrained. However, due to the training effect adaptation to the exercise, a trained person may not experience the same magnitude of muscle damage as the untrained person and therefore a lesser response. Figure 1 shows an image of a human skeletal muscle fiber before training followed by Figure 2 and Figure 3 which show differing degrees of damage from the resistance training bout.

Due to the muscle fiber and most likely, the multi-muscle fiber damage; there is a reduced force output, muscle derived (myokine) and leukocyte synthesized inflammatory cytokine markers (IL-6, TNF-α, etc.), and delayed onset muscle soreness (DOMS) subsequently takes place. DOMS is a normal physiological process in which initial damage from the resistance exercise onto the muscle fibers that sequentially leads to disruption of the muscle fiber ultrastructure, extracellular matrix, and possibly to capillaries. These destructive changes stimulate an inflammatory response, myogenic cell activation, hormonal, and anabolic responses that drive and/or are involved in the repair and regeneration process (Figure 5 shows time course of measured outcomes of muscle damage) [1][2][3][4].

A variety of OTC and prescription treatments have been suggested as having the potential to blunt inflammatory responses or accelerate muscle repair and regeneration from either training or injury. Treatments such as platelet-rich plasma (PRP) injections; pharmacological agents like non-steroidal anti-inflammatories (NSAIDs), glucocorticoids, insulin-like growth factor-1 (IGF-1), growth hormone (hGH), and anabolic-androgenic steroids (AAS).

Alternative forms of therapies such as massage, ultrasound, and cryotherapy; some have much human data to support its efficacy and are commonly seen licensed healthcare settings such as a physical therapy office while others are not. Cryotherapy is defined as therapeutic body cooling used for sports and exercise medicine. In the past, cryotherapy has traditionally been applied using ice packs or cold-water immersion (CWI) baths. However, recently whole-body cryotherapy (WBC) has become a popular fad and mode of cryotherapy. WBC utilizes an exposure to extremely cold and dry air (−100°C to −140°C) in an environmentally controlled chamber or standing (head is visible) unit for short periods of time (~2 to 5 minutes). During the treatment clients wear minimal clothing, gloves, a headband covering the ears, a nose and mouth mask (pending if the head is exposed outside of the chamber), and dry shoes and/or socks to reduce the risk of cold-related injuries [6]. Interestingly, some of the marketed health benefits of WBC companies have not been fully assessed, and some have been shown to be refuted. Examples of WBC marketed claims related to muscle damage and recovery include: Improved and shorten recovery time, muscle soreness and pain relief, improved training & competitive edge; a concluding statement by a WBC company “Maximum Performance . . . Demands Maximum Recovery!” With these bold claims concurrent with retail packages costing hundreds of dollars, one would hope these companies could support these claims?

Currently, the evidence to support WBC reducing exercise-induced muscle damage of any mode is lacking. Certain biomarkers are observed during an assessment of muscle damage that either may be associated (indirect) or more definitively estimate muscle damage like biopsies and MRI (T2) scan (more direct). Biomarkers such as creatine kinase (CK-MM) are bound to the myofibrillar M-line structure. Intense exercise can influence increases in circulating blood CK-MM more often observed through eccentric muscle actions (muscle is forcibly lengthened) that result in rupturing the sarcolemma (muscle plasma membrane) and damage sarcomeres (smallest and most basic unit of a muscle fiber). Increases in circulating CK-MM occur when the sarcolemma and Z-disks are damaged. When resistance exercise intensity or volume are increased thereby training with an “unaccustomed” volume load; greater CK-MM leaks from muscle fibers and into the lymphatic system where it eventually ends up into circulation [7]. Other biomarkers associated with inflammation such as cytokines IL-1, IL-6, and TNF-α. During the acute phase response to resistance exercise, there is an increase in the circulating levels of a number of different cytokines. Cytokines are traditionally categorized as a messenger molecule associated with leukocytes and muscle-secreted myokines for inflammatory and immunological reactions [4].

Unfortunately, there has been conflicting muscle damage biomarker responses to WBC; meaning no difference when compared to a control group. In a review by Bleakley, et al. (2014), they assessed five studies comparing WBC to control and found minimal differences between the groups in regards to muscle damage biomarkers CK-MM, lactate dehydrogenase, and aspartate aminotransferase [6]. The authors suggested in conjunction with Tiidus (2015) that the cryotherapy may be ineffective in its application due to the thermal properties of biological tissue that make it difficult to cool below the subcutaneous level at the depth of skeletal muscle to have an impact. The subcutaneous adipose tissue has a very low thermal conductance resulting in more of an insulating effect [6][8]. Additionally, in another review from Bleakley et al. (2010) assessing the effect of cold water immersion (CWI) on similar biomarkers of inflammation and muscle damage also showed no effect [9]. Lastly, accepting that some supportive cryotherapy literature may show some blunting of inflammatory markers by way of cryotherapy and suggest that inhibiting the process of cytokine actions may be beneficial in reducing muscle damage. Hypothesizing that if fewer neutrophils and lymphocytes (white blood cells) would translocate into damaged and permeable muscle tissue may result in a decreased pro-inflammatory response [10]. This suggestion seems plausible; however it discounts the duality of cytokines and their normal physiological response to exercise-induced muscle damage. For example, the cytokine IL-6 mediates many aspects of the acute post-exercise state by regulating antioxidant defenses as a response to oxidative stress from the exercise. Additionally, during exercise IL-6 as a myokine is synthesized by actively contracting muscle fibers and increase up to 100-fold relative to other pro-inflammatory cytokines like TNF-α and IL-1β. It has been proposed that IL-6 and other myokines produced in reaction to strenuous and prolonged exercise lead to increased activation and proliferation of satellite cells that initiate the regeneration of muscle fiber damage [11].

Another biomarker associated with muscle damage recovery is satellite cell markers and hypertrophy signaling pathways used to determine muscle regeneration and protein synthetic activity. Roberts et al. (2015) compared CWI to active recovery (ACT) post-strength training for 12 weeks. Their results showed that the ACT group number of ‘active’ satellite cells were greater than after CWI. Additionally, the activation of p70S6-kinase (a signaling complex associated with anabolism) that increased after exercise in both conditions but was greater after ACT. The authors concluded that CWI attenuated acute (2 days) and long-term (12 weeks) gains in muscle mass and strength by blunting the activation of essential signaling proteins and satellite cells in skeletal muscle leading to a concluding statement: “The use of CWI as a regular post-exercise recovery strategy should be reconsidered” [12].

There seems to be very limited evidence for the support of WBC on muscle damage; an insubstantial effect on muscle damage markers, markers of muscle regeneration, and protein synthesis signaling. However, like post-injury ice packs or bags, WBC may improve subjective measures of perceived recovery and muscle soreness with a practical mode of short-term analgesia. Until more research can conclude a beneficial effect of WBC on muscle damage and recovery; it may be best to invest hard earned money into a recovery aid with evidence to validate its efficacy opposed to following industry fads and falling unsubstantiated marketing claims.

Born in Iowa and achieved a BA in Health and Sports Studies/Minor in Exercise Science, a few years later moved in Georgia completed MS in Exercise and Sports Science at Life University. Contemplated between a doctorate in physical therapy (DPT) and working on PhD in Kinesiology; chose to move to Texas work on PhD in...[Continue]