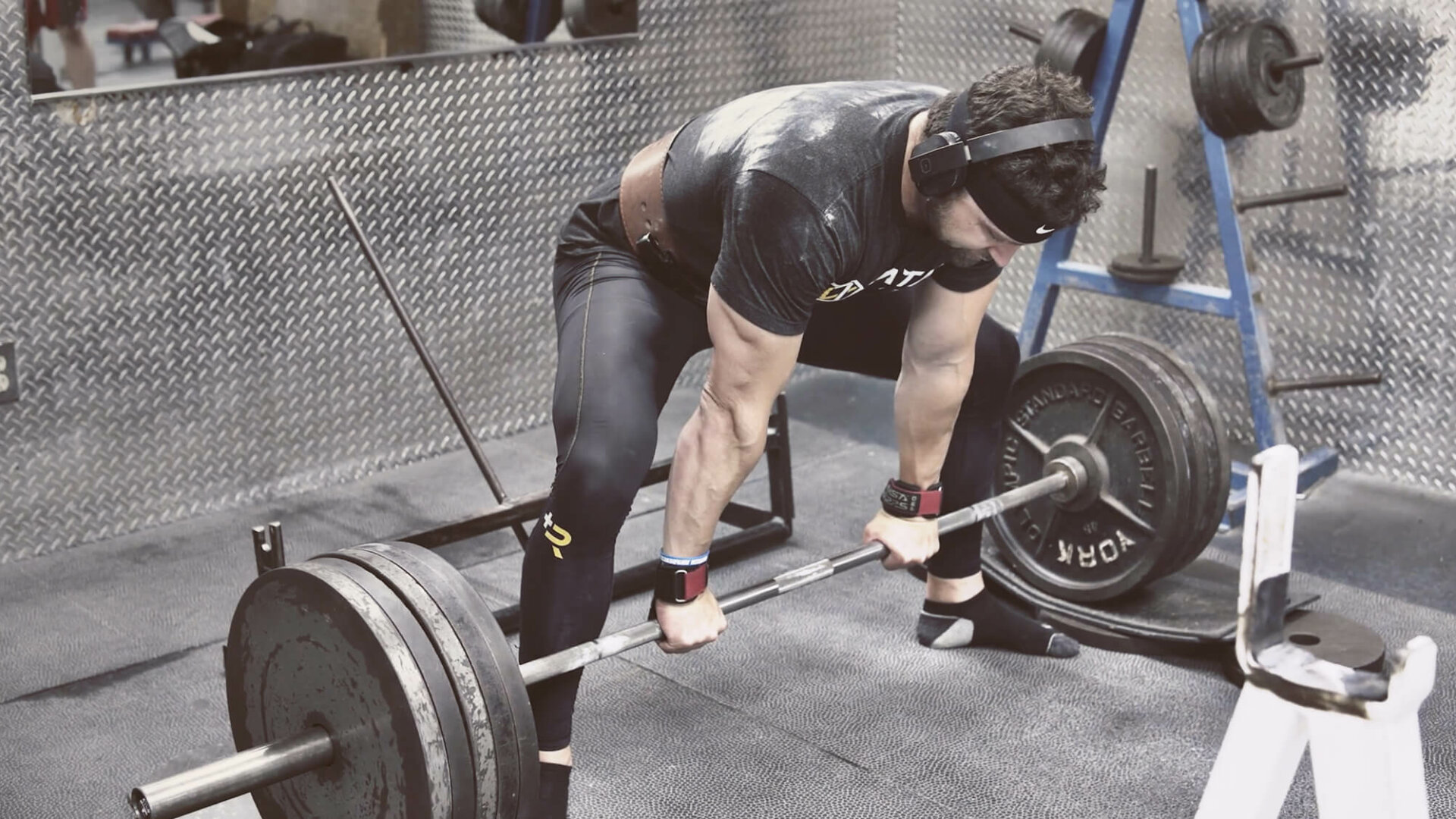 One of the most frequently asked questions when trying to write a program based off of percentages is, what percentage should I use for this certain amount of reps? Unfortunately there is no clear-cut right or wrong answer. The short answer is, it depends. It depends on your current level of training, your ability to recover, the volume you are working with, where you are in your training block, and many other factors. Thus, to ask such a question, expecting a black and white answer is impossible!

In this article we will introduce the topic of relative intensity (RI), and how it can be used to better answer the aforementioned question.

What do we really mean by intensity?

We need to distinguish between the two measures of intensity. We have both absolute intensity (AI) and RI, and both are useful for various measures of progress. AI, referred to by the strength community as simply just intensity, is pretty synonymous with weight. In other words, the heavier weight you use, the higher the AI.

The law of progressive overload states that with time, you must make progress in both volume and intensity in order to continue to make gains. That means that you must do MORE work, and that work must be of HIGHER difficulty. AI does a great job at being a good measure of progressive overload in a macro-cycle, or long-term measure. If a year ago you could only squat 225×10, and now a year later you can squat 315×10, you’ve increased the AI you can do 10 reps for by 90lb. Short-term progressive overload on the other hand, may be better measured using RI.

RI can be defined as the weight you are using for X amount of reps, relative to the maximum weight you can perform X amount of reps for. To give you an example, if you can do 225lb on the squat for an absolute max of 10 reps. Yet, you are training using 205lb for sets of 10, you are working at 205/225=91% RI. RI is a much better measure of workout difficulty than AI is. And here is why, if you do sets of singles at 91% RI, or triples at 91% RI, the difficulty, or RI, is the same for both, although the AI will be higher in the 91% singles.

Lets say your max is 100lb, here are the numbers:

As we can see from these numbers, the AI is higher for the singles, yet the RI is the same. The fact that RI can equate for difficulty, rather than just weight makes it a useful tool for programming, especially when using undulating rep schemes because you can easily compare workout difficulty between sessions.

Now, I am not saying that doing sets of 10 at 90% RI feels the same than doing singles at 90% RI. Singles and sets of 10 are two very distinct skills. Remember, strength is specific! What I am saying, is that it is the same difficulty relative to your ability to perform at that rep amount.

How do we use RI to design effective training blocks?

First, lets talk about the general structure of a training block. A training block can last anywhere from 2-4 weeks to 8-12 weeks depending on where in your training career you currently are. More experienced lifters are at the upper end of the spectrum while younger lifters will have shorter training blocks. Typically, a training block starts with low intensity and high volume, and throughout the training block the intensity increases while total volume decreases until you hit a certain goal. That goal can be a new 1-rep max (1RM), or increasing the total reps you can do a certain weight for.

The way percentages are assigned usually goes as follows. Let’s take a simple Daily Undulating Periodization (DUP) model, where we are rotating through 10, 8, and 6 rep schemes. On week 1 we are using 70, 75, and 80% of your 1RM respectively. Here we are programming exclusively using AI. Using AI, without the concept of RI, you cannot objectively determine whether 3×10 at 70% or 3×8 at 75% is more difficult by just looking at the numbers.

Additionally, let’s say we try to make 2% jumps in AI from week to week so that week 2 we are working at 72, 77, and 82% respectively. A 2% increase in AI, for sets of 10, is significantly more difficult than a 2% increase for sets of 6. Why is this important? Well if you continue to increase all rep schemes by 2% in AI from week to week, you will hit a wall for sets of 10, and the sets of 6 might not even be difficult yet, since the increase in difficulty is not equal. If we want to make sure that we progress equally in all rep schemes, we should increase RI by a set % each session, not AI.

For example, below is a simple four-week progression where we are trying to hit a new rep PR every 4th week. The max weight for this movement was set at 315lb, at a frequency at 2x/week. In the graph of Time vs. RI, we can see that RI is increasing linearly from session to session, but AI isn’t necessarily doing the same. The 2% jumps in RI make it so that there is a uniform increase in workout difficulty from session to session, and that difficulty is measurable. Here we are simply making every workout a bit harder than the previous one, independent of AI, or rep schemes. RI can also be used to assign low, medium, and high intensity workouts in an undulating manner, which I will show below. In this four week progression, we maintained the rep schemes the same, undulating between 10, 8, and 6 reps, but we also undulate the difficulty between low, medium, and high difficulty. RI is a very versatile tool that can be used to design effective programs to your style of training. In both examples, we are ensuring progressive overload in each individual training block by measuring training difficulty, not just absoulte weight.

These two above examples are by no means absolute, there are endless ways you can use RI to program for yourself. RI just makes programming much simpler, and more effective.

Another advantage of RI is that you can play around with the workout difficulty and find what RI is adequate for the volume you are performing, and your ability to recover. For example, you might be able to handle 5×10 at 95% RI, while another lifter might only be able to do 5×10 at 90% RI. Everyone is a bit different in their abilities to recover and perform. Forunately, RI gives you the ability to easily tailor programs based on your needs.

Relative intensity can also be used for autoregulation style training. I won’t go too into detail on this, because you can easilly write a whole article on this topic, but if you’re feeling a bit run down simply drop the RI for that session, and vice versa. On days where you feel great increase the RI, yet still have an objective measure of performance.

Joseph is currently a PhD student at Florida State University studying Nutrition sciences with an emphasis on functional foods. Additionally, he is personal trainer certified with the American Council of Exercise, and has worked with many clients. His passions include lifting heavy things and putting them back down, as well as designing effective training programs.[Continue]