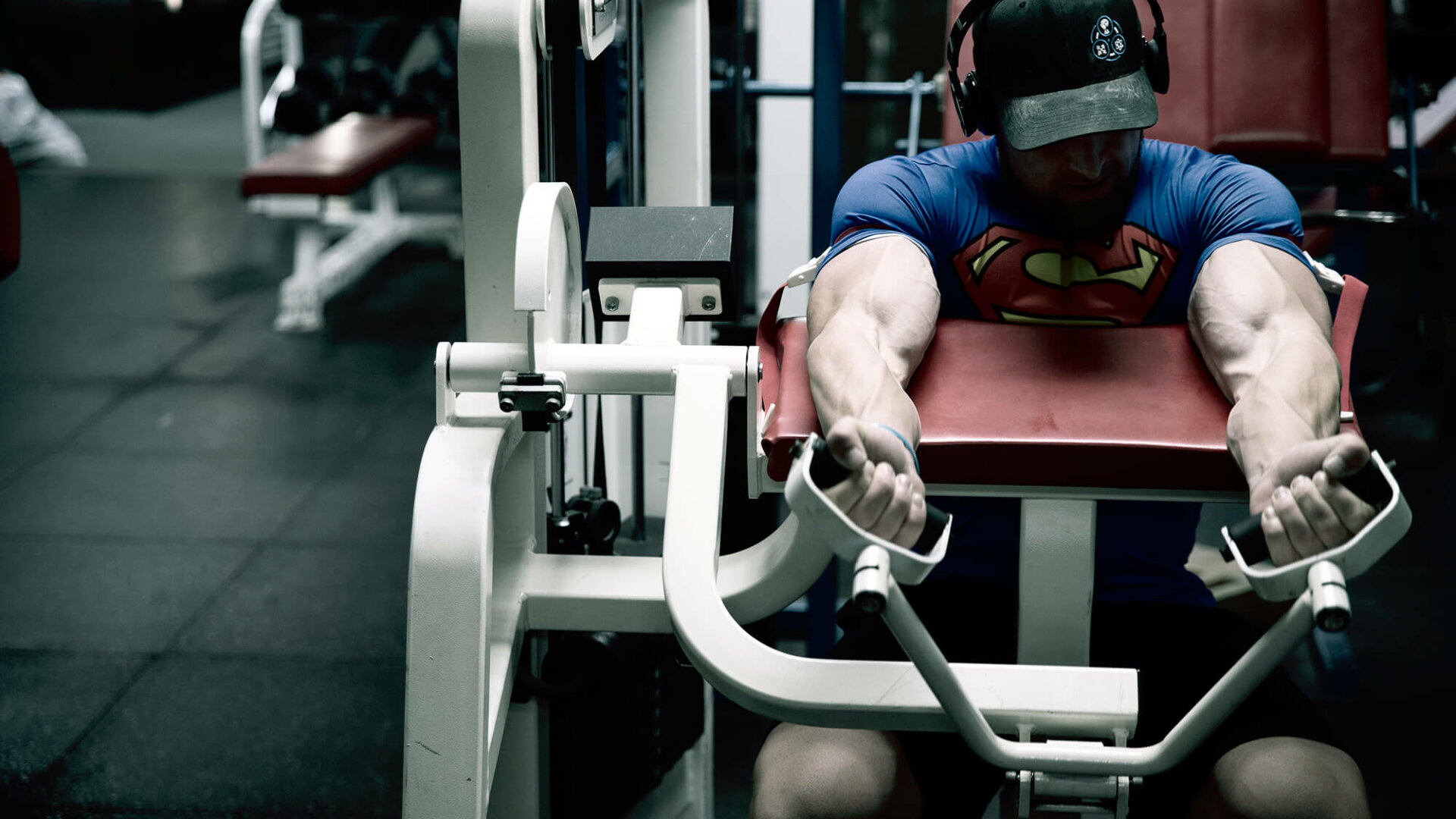 The bar is loaded with heavy weight, you psych yourself up by rocking out to your favorite music, do the Layne Norton mad stomp across the gym floor, un-rack the bar, and start your lift with perfect form, but then you hear a pop, feel a pull, or even worse a tear.   At this point you freak out because you know this means time away from heavy training and that means you are going to lose gains.

We have all had situations where we have been forced to take a significant amount of time out of the gym whether due to injury, a busy work schedule, extended travel, or loss of motivation.  During these times, it doesn’t take long to start noticing muscle loss.

However, once you get back into the gym training heavy again, your lost muscle mass is rapidly re-gained and before you know it your strength and size are right back to where you were pre-layoff.  This rapid growth is commonly said to be due to “muscle memory.”

Skeletal muscle cells are unique in the fact they are multi-nucleated (they have more than 1 nucleus) whereas most cells in our bodies have a single nucleus.  Multiple nuclei are likely present in muscle cells because each nucleus can only support muscle repair and growth for a certain amount of area (known as a nuclear domain).  Therefore, a larger muscle will require more nuclei to support growth and repair than a smaller muscle.

When muscle is overloaded (e.g. lifting weights), there is an increase in skeletal muscle protein synthesis (the rate at which skeletal muscle is creating new proteins to build and repair muscle) resulting in muscle growth.  In addition, during periods of muscle growth myonuclei are recruited from satellite cells that surround the muscle fiber.  The end result is a muscle fiber with more myonuclei that has a greater capacity to create protein to support the larger fiber [1].

When an individual takes time away from the gym, skeletal muscle size is decreased, but what happens to the added myonuclei during this time?

Bruusgaard and Gundersen [2] investigated this question in a rodent model by inducing muscle atrophy through either blocking nerve impulses to the muscle or physically unloading a limb through suspension.  After 28 days, muscle fiber size decreased by approximately 50 percent; however, no loss of myonuclei was observed.

In a follow up study using a rodent model similar to strength trained individuals taking time away from the gym [3], the same group overload muscles of the extensor digitorum longus (EDL) for 14 days by ablating the tibialis anterior.  This resulted in an increase in cross-sectional area of the EDL by 35% and a 37% increase in myonuclei.  Following the 14 day overload period, nerve impulses to the EDL were blocked resulting in a 23% reduction in fiber size after 3 months; however, no change in the number of myonuclei was observed.

Based upon the results of these studies, it is clear that when we take time away from the gym we do not lose the myonuclei that we gained as a result of training even though our muscle size decreases.

How does the preservation of myonuclei affect the rate of muscle re-gain when we get back into the gym?

Bruusgaard et al. [4] used a rodent model of unloading and reloading to address this question.  After 14 days of unloading by limb suspension, muscle CSA decreased by 34% without a change in the number of myonuclei.  However, when the animals were allowed to use their limbs again, CSA rapidly increased by 59% to pre-unloading levels within 14 days, similar to the rapid growth many of us have seen when coming back after a layoff.

To determine if this rapid re-gain in muscle mass after reloading is due to the myonuclei present prior to unloading or new myonuclei from satellite cells Jackson et al. [5] depleted satellite cells chemically then utilized a similar model of unloading and reloading.  Similar to the previous study, during unloading fiber size decreased, but myonuclear number did not and during reloading a large amount of hypertrophy occurred quickly.  This occurred even when satellite cells were depleted meaning that the increased capacity for growth with reloading came from the preserved myonuclei in the muscle cell.

Although both of these studies clearly show that rapid muscle growth occurs after a period of unloading as a result of preservation of myonuclei, the models used are more similar to individuals who do not strength train after an injury causing disuse of a limb.  Recently Egner et al. [6] performed a very interesting study using a model  more similar to those of us who lift weights.  In this study, they gave rodents either steroids or saline for 14 days to induce hypertrophy.  This resulted in an increase in muscle CSA of 77% and a 66% increase in the number of myonuclei in the steroid group with no change in the control.  For the next 12 weeks they did not inject the rodents and allowed them to live as normal.  After these 12 weeks, there was no difference in muscle size between groups, but myonuclear number was still significantly higher in the steroid group.  Then they overloaded the muscle and observed a 36% increase in CSA in the steroid group and a 6% increase in the control group in just 6 days.  This is similar to the rapid increase in muscle growth we observe when we return to the gym following a layoff.

These results also clearly show a benefit of steroids long after cessation of use and bring into question how long an individual should be banned from drug-tested competition following steroid use since they will have an increased capacity to grow over a non-user as long as myonuclei gained during steroid use are preserved.  At the present time, best estimates are that added myonuclei are retained for at least 15yrs if not for life [1] which questions if current banned times are long enough; however, that debate is beyond the scope of this article.

While the magnitude of benefits from steroid use can be debated, what can be taken home from this research is that when situations come up that cause you to be out of the gym for a while, it is not the end of the world.  You will lose muscle size during this period; however, you will retain the additional myonuclei you gained as a result of training.  This will increase your capacity to make new proteins to build and repair muscle when you get back into the gym resulting in your size and strength rapidly returning to pre-layoff levels once you are consistently training again.