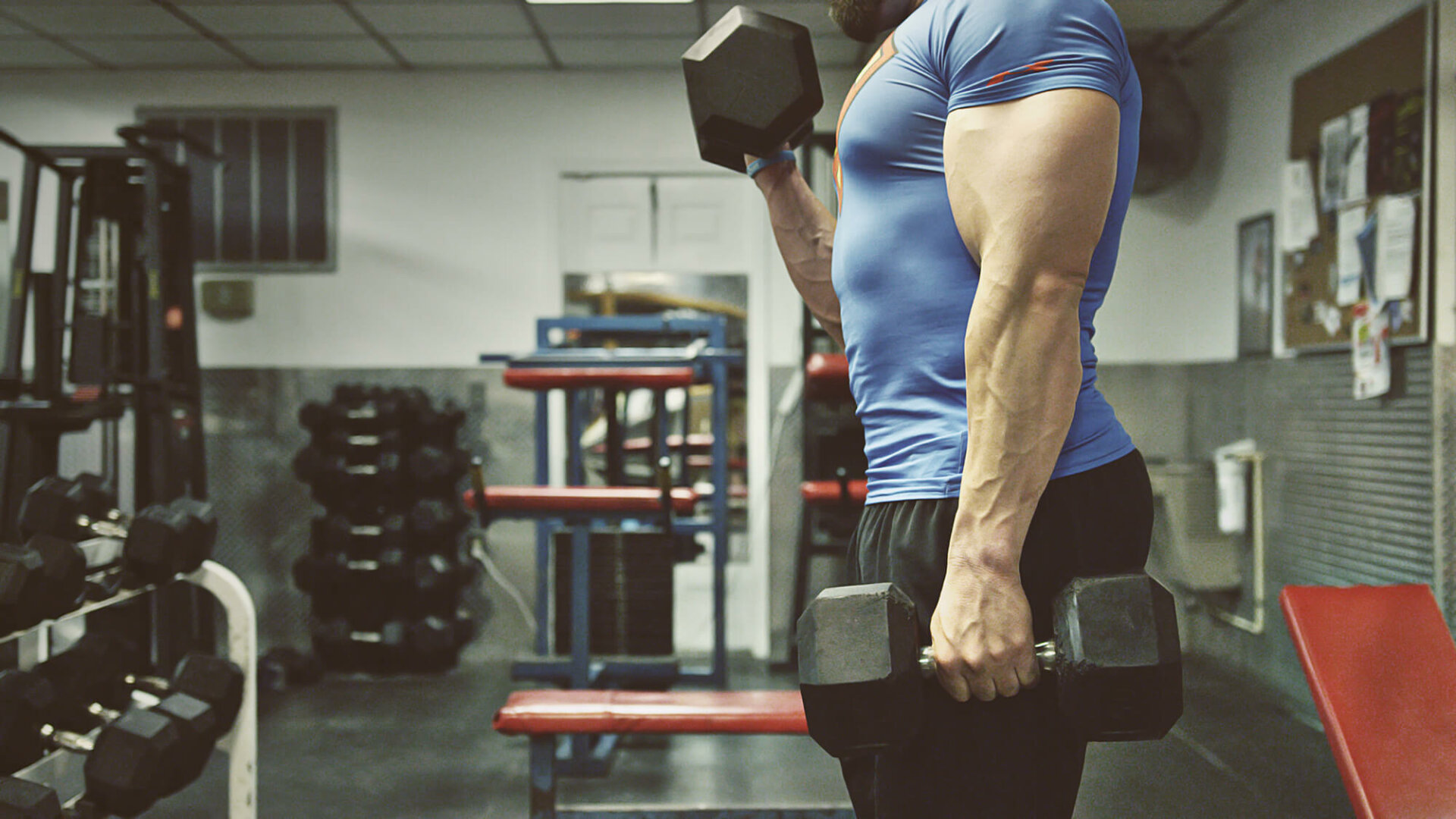 What is the most optimal rep range for muscle growth?

If you read a mainstream bodybuilding magazine, you will see that nearly every program recommends training in a moderate rep range around 6-12 or 8-15 reps for muscle hypertrophy.

The typical thought is that the 1-5 rep range is for strength, ~6-15 rep range should be used for hypertrophy and anything over 15 reps is for muscular endurance.

Is it that simple? Is a moderate rep range of around 6-15 reps superior to all other rep ranges?

The purpose of this article is to review the scientific literature on rep ranges and hypertrophy. This will be done by comparing the traditional hypertrophy rep range to rep ranges both lower and higher in order to determine if there is an optimal rep range for muscle growth.

A simple way to answer this question would be to perform a study where one group of participants does low reps while the other trains with moderate reps in what is typically thought of as the hypertrophy rep range.

Since this study clearly supports what mainstream resources say, is the case closed on this debate?

Not so fast! One thing that is important to note from this study is that volume was not matched. The 8-12 rep range group did significantly more volume than the 2-4 rep range group.

This is an important point because volume (defined as sets*reps*weight) is highly correlated with muscular hypertrophy. Training with higher volumes has been shown to result in greater hypertrophy than lower volumes [2][3]. However, it should be noted that you cannot infinitely add more volume and continue to expect more muscle hypertrophy. If volume exceeds your recovery ability you will not see greater hypertrophy with added volume [4]. Therefore, your target training volume should be a higher volume, but an amount you can still recover from and progress.

Getting back to the discussion on rep ranges, what this means is that in order to accurately compare rep ranges training volume is going to have to be matched. Fortunately, researchers are aware of the effect of volume on hypertrophy and have designed volume-matched training protocols to address this question.

Schoenfeld et al. [5] recruited 20 young males who had been strength training for at least 1 year and assigned them to 1 of 2 groups. The first group performed 3 sets of 10 reps while the other performed 7 sets of 3 reps with a heavier load so that volume (weight*sets*reps) was matched between groups. Participants in both group performed 3 sessions weekly for 8 weeks. After 8 weeks, similar hypertrophy was observed between groups.

Answer:
Low reps (less than 6) will result in similar hypertrophy to training in the more moderate 6-15 rep range traditionally used for hypertrophy so long as volume is matched. However, it is important to note that from a practical standpoint getting all of your training volume from low reps will result in long workouts since more sets will need to be performed in order to accumulate similar volume. In addition, a large amount of work performed at a high percentage of 1 rep max in a low rep range may result in an increased risk of injury and may also be mentally difficult to complete. Nevertheless, if you were to train with exclusively low reps and accumulate as much volume as a moderate rep range you would see similar hypertrophy.

Ronnie Coleman once said, “Everybody want to be a bodybuilder, but nobody wants to lift this heavy ass weight!” Similarly, mainstream bodybuilding media would tell you that very high reps are useless and that you need to train with heavy loads to grow. Recently, several labs have questioned if this is really the case.

Schoenfeld et al. [7] recruited 18 trained males and had them perform a 21 set full-body workout 3 times weekly for 12 weeks. Half of the participants performed all sets in the 8-12 rep range while the other half performed all sets in the 25-35 rep range. All sets were taken to failure. Based upon the previous discussion of training volume, you would expect that the high rep group would see a greater increase in hypertrophy since they trained with more volume; however, in this study, there were no difference in hypertrophy between groups.

Similarly, Morton et al. 2016 recruited 49 resistance-trained men into a 12 week training protocol where they trained 4 days weekly. Half of the participants trained in the 8-12 rep range while the other half trained in the 20-25 rep range. Once again all sets were taken to failure and no differences in hypertrophy were observed between groups.

Is there any benefit in hypertrophy to using a variety of rep ranges?

Schoenfeld et al. [8] enrolled 30 resistance trained males into an 8 week training program in which they trained full body 3 times weekly. One group trained exclusively in the 8-12 rep range while the other trained in the 2-4, 8-12 and 20-30 rep ranges with a different rep range each day of the week. Although no significant differences in hypertrophy were observed between groups, statistics showed that it was likely that the varied rep range group increased hypertrophy to a greater extent.

Answer:
There is potentially some evidence that training in a variety of rep ranges is superior to training exclusively in one rep range for hypertrophy. However, more research is needed on this topic.

What rep range should I train in for hypertrophy?

For these reasons, even though low reps and high reps can result in similar hypertrophy to moderate reps, if your goal is maximizing hypertrophy it may be in your best interest to perform a majority of your work in the moderate rep range from a practical standpoint. However, there may be benefit to training with a variety of rep ranges so adding both low and high rep work into your training program may be beneficial.

At the end of the day, regardless of which rep range/ranges you are training in, you should be focusing on progressive overload within those rep ranges over time to maximize hypertrophy.
References: