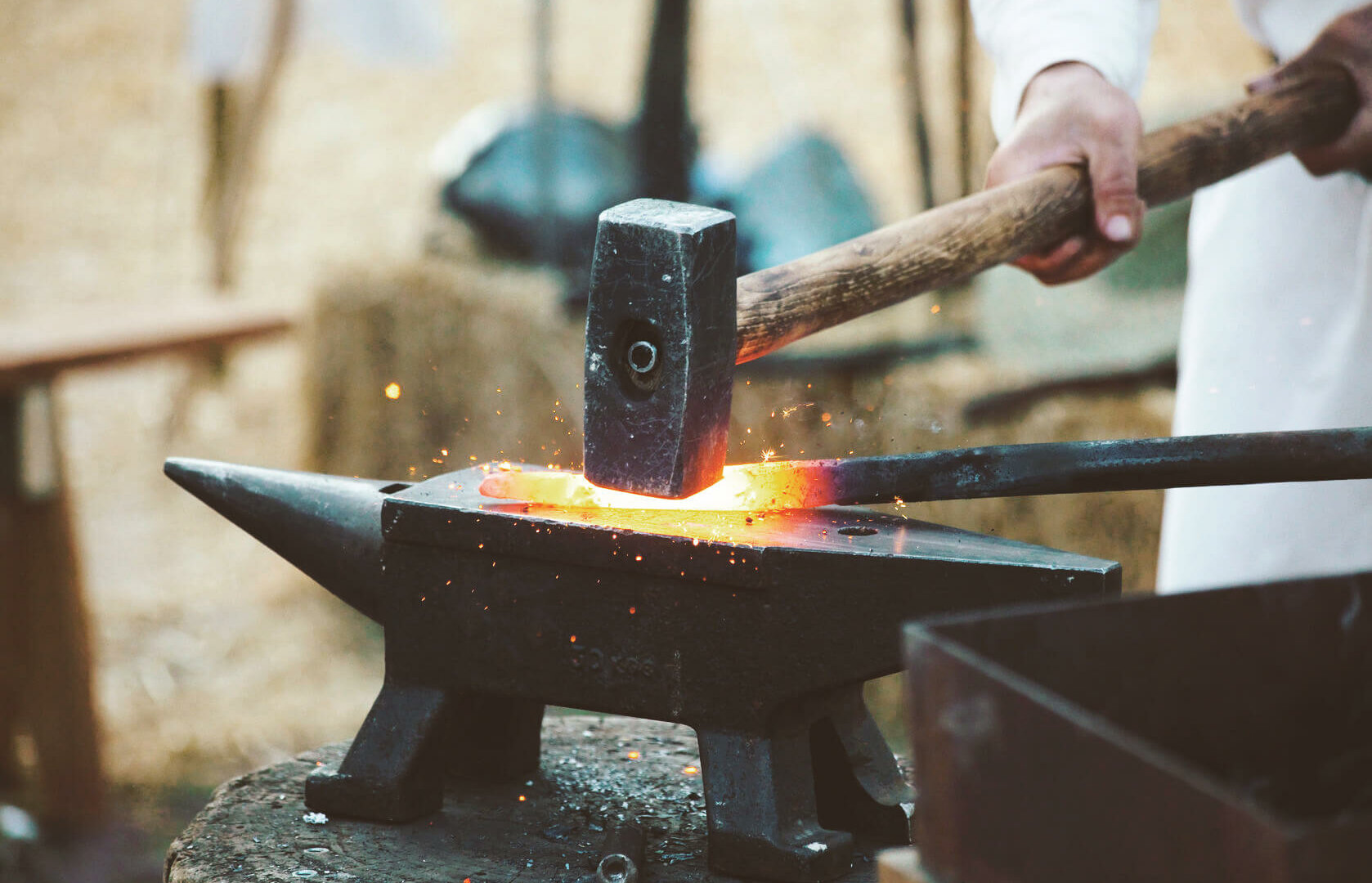 Resilient Steel: How to Develop a Well Tempered Spine

In addition to the compression forces of squats and deadlifts, our spines can encounter even more detrimental forces. Events like car accidents, contact sports, or even carrying a baby on your hip can have some detrimental effects on your spine if they go ignored for too long. I touched upon it a bit, but it’s time to take a bit more of an in-depth look at our spine and what it can do. With that said, let’s explore some of the other motions of the spine.

The article I linked to above already covered flexion and extension—that is, bending forward and backward. So with those out of the way, that leaves us with the following:

Having gone over what you can do when it comes to the spine, it’s imperative to take a step back and learn to stabilize the spine before go into moving it. After all, to perform a lot of your gym and competitive lifts you need to stabilize your spine.

So what is stability? Resistance to movement. So with that said, let’s go over some exercises to help us resist unwanted movement.

The positioning on this exercise is such that gravity wants to pull you into flexion. If you relax on the device, you will slump over it with your hips and spine in flexion. So this leaves you with two options. As an anti-flexion exercise with a focus on the spine, you can do the regular back extension you see most often. If you look at the video, you’ll notice a few things. For one thing, I am minimizing how much my spine is moving. As a result, you can see my glutes squeeze hard. I am also focusing on my posterior pelvic tilting. Focus on that, and you’ll get more hip involvement and more spinal stability.

If that happens to be too much for you at the moment, perform it as an isometric hold and progress to the movement. Once you master that, you can add a little load to the movement.

For this exercise, you are going to be resisting lateral flexion. This one is as straight forward as it sounds. One key point is to remember not flex your spine at all as reach to pick up the weight. If you can’t, don’t be afraid to elevate the barbell or dumbbell to a higher surface so that you can focus on keeping your back straight. Other than that, the same rules regarding deadlifts apply.

This one is tough to do. That being the case, start with shorting the lever. In the video, I am doing it on my knees. But the same rules apply no matter how you do it. Much like the back extension, we’re going to focus on the neutral spine. Our goal here is to resist gravity pulling us into spinal extension. So your abs have to be tense. In addition to shortening the entire lever, you can also curb how far forward you roll the wheel.

This is an anti rotation exercise, so the goal is to resist the machine or band pulling you into a twisting pattern. The options here are many. Some of the common variants are standing neutral, a split stance, kneeling, or half kneeling. Not only that but depending on the type of cable set up your gym has, you can hit this move from a lot of different angles. As far as which angles to choose, it depends on you and the sport you play. You can also opt for an isometric hold or you can move your arms forward and back. If you choose the latter, be mindful of any extra torso movement.

Since we have gone over some basic stability moves, let’s focus on moving our spine. For purposes of mobility and overall awareness, these motions are important. In addition to that, using them to counteract damaging forces will be a useful tool in your arsenal for whatever life throws at you. With that, let’s get you mobile.

Nobody trains these two motions often. I described them above, but now you can see them in action via the video. In order to help feel the application of force, I looped a band around my chest. For the posterior translation, you won’t get as much range of motion. If you’re having trouble with this, get a friend. Have them put the points of their fingers on your spine in between the shoulder blades. While standing tall, push the fingers back using your spine.

This is another tough one to train. I have often used bands to help the motion, but a friend of mine posted a sweet video on Facebook the other day demonstrating what I am doing in the video above. Shoulder to the wall is a good place to start. Execute with control and don’t just flop your hips into the wall. And as always, use the range of motion you are capable of.

Opposite the pallof press, this movement has you moving into the pallof position by twisting your upper body. One of the key points is to avoid too much twisting of the lumbar spine. Do so by keeping your abs braced. One cue that helps me perform this is to lead with my shoulders. Once I do that, I control the load as slow as I need to, and pause at the front, followed by returning to the start position.

In the interest of improving your performance, this last move is quite a lot to deal with. Perform it enough and you’ll have great spinal mobility and stability, better scapular movement, and better squat depth due to the work done on your hips and ankles. It’s pretty simple. Drop into a squat, and military press a kettlebell or dumbbell. Start with one. To progress, move on and try it with two weights. You might start with a little bit of rotation, and that’s ok. To regress, shorten the range of motion.

When I think of core training, I like to think of it in more simple terms. Your core is your center. As such, your spine is the center of you. That said, there is no magic way to incorporate these exercises into your routine. The easiest way would be to throw them in where most would throw in a traditional ab workout.
Keeping that in mind, I train my abs/core twice a week and each day I use two exercises from above, or some variants, and perform them for two or three sets. The easiest route would be to do the same or something similar. You could also go the old school bodybuilder route and have a day dedicated to abs/core along with another muscle group. No matter what, your spine is important. Take care of it.