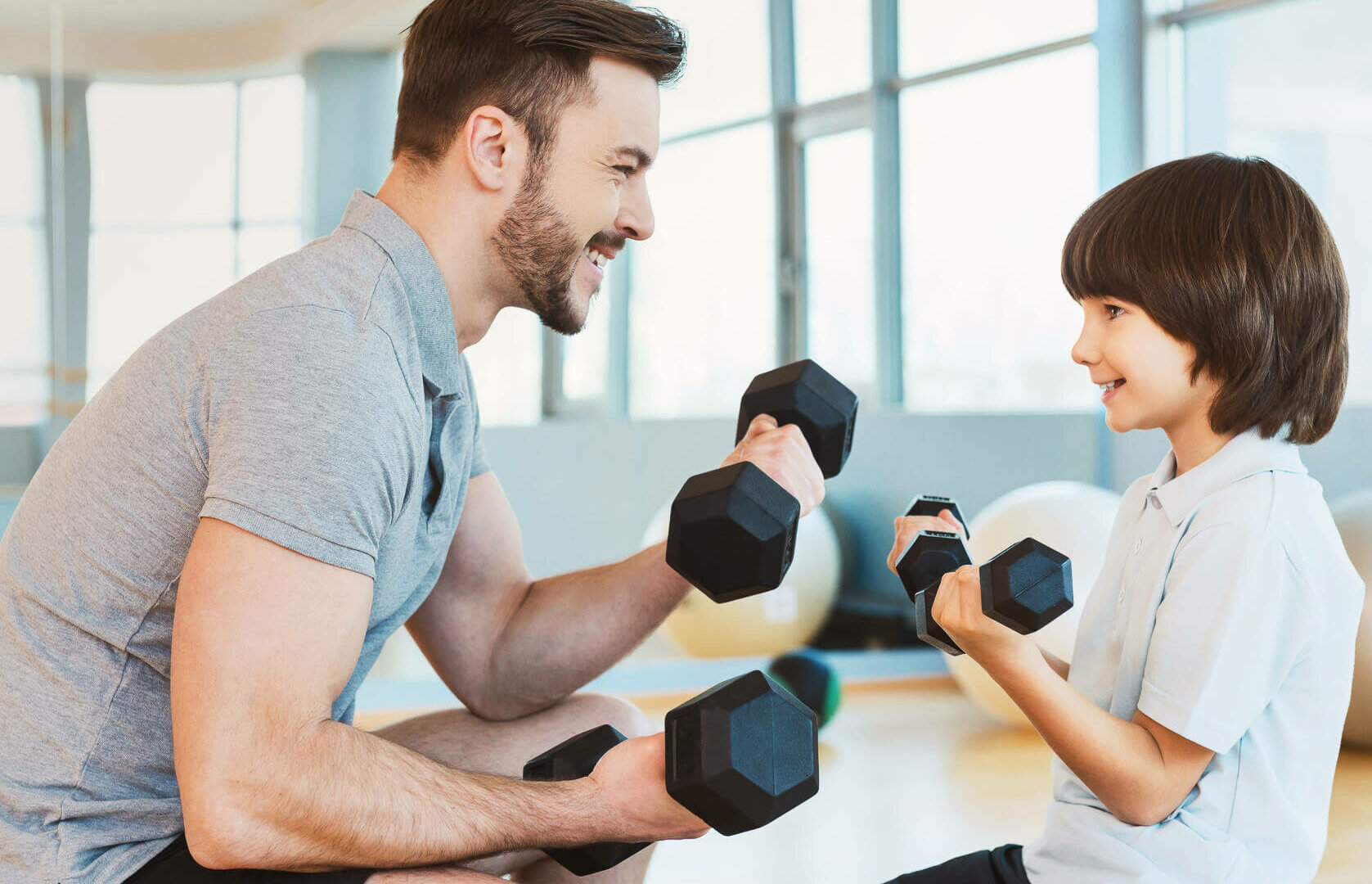 Although there is no minimum age requirement at which a child can begin resistance training, several factors must be considered. One of those factors is the child’s age. Not necessarily chronological age but biological or physiological age. By that, I mean that not all ten year olds are the same; they differ in height, weight, coordination, and physical ability. One ten-year-old might be physically ready for resistance training while another may not. A child’s willingness to participate, psychological maturity, ability to pay attention and follow direction must also be considered. Generally, I would argue that if a child is ready for sport, they are ready for some type of resistance training. Research has shown that children as young as 6 years old have benefited from resistance training [1][2].

Participation in organized sport is generally accepted as being safe for young children. What many parents don’t realize is the amount of stress that is put on a child’s body during sport. Children are expected and encouraged to “go all out” during sport; you would never hear a parent or coach tell a kid to slow down on the field. This is where things get a bit backwards in my opinion. To further explain my reasoning, let’s discuss the topic of ground reaction force (GRF). Put simply, anytime you exert force on the ground, like when you land from a jump or push off to sprint, the ground exerts the same amount of force onto your body. This force is known as ground reaction force. The magnitude of ground reaction force is determined by how much you weigh and how fast you move. Just while walking, forces can reach 1.5x body weight. During running, forces can be up to 6x body weight, and even up to 11x body weight when landing from a jump.

To put that in perspective, if we have an average 10-year-old that weighs about 70lbs:

If children are playing sport they should also be resistance training. Resistance training will not cause harm to children, but better allow their bodies to absorb the magnitude of the GRF. Sure, there are inherent risks that come along with resistance training, but those risks are no greater (and I would argue they are less) than the risk involved in sports. The forces placed on the joints during sport are greater than any forces that would likely be put on a child during resistance training. Resistance training takes place in a controlled environment; participants are closely supervised and safety precautions in terms of equipment and quality of movement are enforced. Any external loading of an athlete would be gradually progressed based on individual capability. Sport on the other hand is very unpredictable. That is not to say that children should not participate in sport. If a resistance training program is utilized alongside sport participation, we can improve athletic development and decrease risk of injury. In fact, it has been estimated that 15-50% of injuries sustained by children can be prevented with better physical preparation [3].

Some argue that since kids do not have enough testosterone that they will not see strength benefits from resistance training. If that were true, women and elderly adults would not see strength benefits from resistance training. From preadolescent to teenage years, natural maturity of the body results in strength increases. Studies in the past have concluded that resistance training shows no strength benefits beyond the natural increases that occur due to growth and maturation. However, these studies were short (not long enough to elicit adaptation) and training volume was likely not high enough [7][8]. In studies done with appropriate duration (8-20 weeks) in untrained preadolescent children, results indicated 30-40% increases in strength and even up to 73%, beyond strength gains seen through normal maturation [9].

Some other benefits of RT include improved strength and density of connective tissue. RT can increase the strength of ligaments (tissue that connect one bone to another at a joint) and tendons (tissue that connect muscle to bone). Weight-bearing activity have been shown to generate compressive forces that are essential for bone formation and growth (i.e. bone mineral density). The effects of resistance training on the tissue (muscle, ligaments, tendons, bones) will help prepare the body to handle the stresses placed upon it through sport and everyday activity. Contrary to what many people may think, children cannot “play” themselves into shape because the demands of sport do not develop enough strength in the muscle and connective tissue.