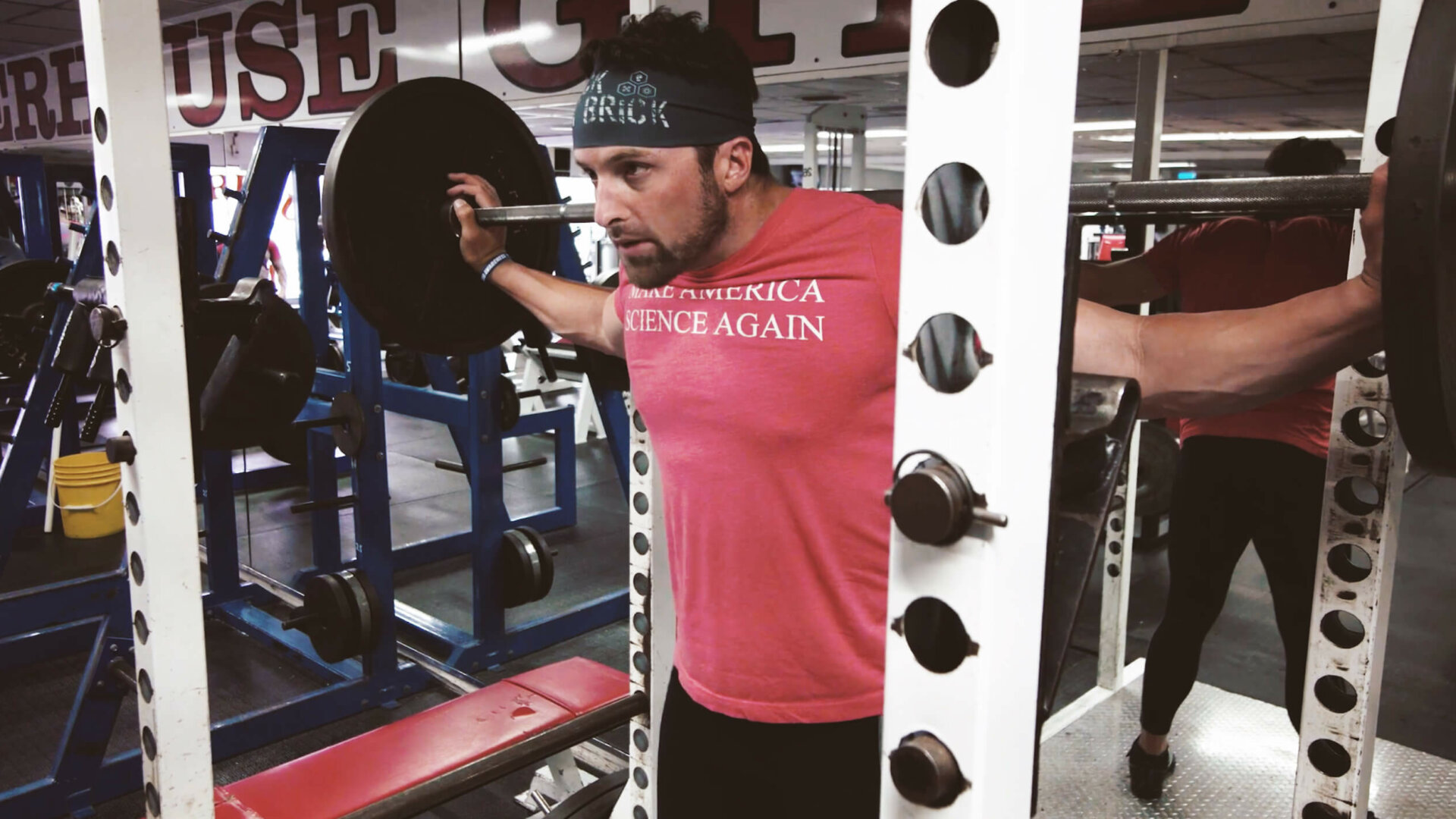 As training enthusiasts, we tend to accept the fact that lifting heavy exposes us to injury risk. Chances are, if you train seriously you’ll eventually experience some sort of acute injury. While nobody likes taking time off, we should recognize that it is essential to the healing process. However, what do you do once you finally return to lifting? People often assume that you can jump back into normal training again. But it is important to employ smart training strategies to ensure your injury fully heals. The last thing you want to do is get re-injured and deal with a chronic issue.

Training injuries usually result from inflammation or tearing of the muscle or connective tissue (tendons and ligaments). We take time off in order to promote tissue regeneration and remodeling that patches up the damage. Even though the pain subsides with rest, the tissue itself is still compromised and lacks the adequate strength to hold up to hard training. Several modalities can be used to help improve the structure of the healing tissue.

Eccentric resistance training is a tactic that has been used in physical therapy/injury rehab for years. Essentially, eccentric resistance training involves emphasizing the eccentric portion of an exercise that targets the injured tissue. For example, a person would perform a bodyweight or single leg squat with a 3-5 second lowering phase in order to rehab a knee injury. This strategy has been validated in several studies as a viable rehab method for Achilles tears, patellar tendonitis, and several other common injuries. Typically, you would use lighter weight and perform exercises that isolate the injured area. Single leg slant board squats or single leg pistol squats would be good examples. Higher frequency is often used and the exercise is progressed until normal training can be tolerated again.

We know that the eccentric portion of an exercise causes structural damage in healthy muscle tissue. Our body responds to this micro trauma by building new muscle fibers and strengthening the existing muscle. This is probably one of the main adaptations that contributes to improved tensile strength in rehabbing muscles. This mechanism combined with the lighter weight that eccentrics necessitate allows our muscles to repair efficiently while minimizing the risk of re-injury.

When your RPE 8 looks like most people's RPE 11 ? (yes I really had 2 reps left). #thatslowsquatlife 480 for 4 second eccentrics for 3 sets of 5. Maybe @acvargas_tsc is trying to kill me. #biolayne #usapowerlifting #biolaynecomeback

This is why Heavy Slow Resistance Training (HSRT) has been offered as an improvement to eccentric resistance training. HSRT involves lifting with a slow cadence throughout every portion of the exercise rather than just the eccentric portion. For example, a person would perform a squat with a 3 second eccentric, 3 second pause (isometric), and 3 second concentric during each repetition. Typically, this is done with heavier (but submaximal) loads while performing compound exercises rather than isolation exercises. This would theoretically provide the same benefits as eccentric resistance training while possibly providing additional benefit from the elimination of the strength reflex.

About 2 weeks before @usapowerlifting Raw Nationals I strained my left pec. Oddly I never felt it during the training session where it happened. I only felt it warming up during the next session. Unfortunately it was bad enough that I only took one attempt at raw nationals of 145kg. Since then @acvargas_tsc has me doing slow eccentrics with pressing. Slow eccentrics have actually shown to have some benefits for helping to heal injuries assuming they are not so bad that you can’t do light weight without bad pain. I can say after just 2 weeks my pec is feeling much better. Probably will be ready to put back in some barbell pressing soon. Today I did 3 sets of 8 with a cadence of 4 second eccentric, 3 second pause, 2 second concentric, and 2 second pause at the end of the rep. Can’t wait to get ready for the @arnoldsports Pro American. Shirt by @apexdrive and Brick by Brick headband by @alpha_iron #biolayne #brickbybrick #apexdrive #teamnorton

Which Strategy is Better?

Another aspect that makes HSRT particularly interesting for serious lifters is the modality that is used for the exercise. Eccentric resistance training research has largely used single limb isolation type exercises or even simple bodyweight exercises. In contrast, HSRT is often performed with bilateral exercises such as hack squats, leg presses, or other compound exercises. The thinking here is that compound exercises allow greater loading which helps to overload the damaged tissue and promote healing. Obviously this offers more specificity for serious lifters who are looking to get back to training heavy as quickly as possible. Overall, it seems that HSRT is the better option in terms of tissue rehabilitation for more advanced lifters. Eccentric resistance training may be a better strategy early in the rehab process or perhaps for injuries that are more serious in nature. Even if eccentric resistance training needs to be used initially, it is probably a good idea to progress to HSRT when possible.

Things You Can Do Outside the Gym

Although the training strategies mentioned above will undoubtedly help you recover more quickly, the time you spend outside of the gym is also important. Getting the basics down in terms of nutrition, sleep, and stress mitigation are crucial to the recovery process. But there may be a few tricks you can use to speed up the process or at least make it more bearable. Massage, cryotherapy, and electro-stimulation have emerged as a popular tool in the recovery process.

Athletic trainers and physical therapists have used various forms of massage for years to get athletes back on the field. Unfortunately, the research is not clear on how useful it is for tissue regeneration. Many people do report better range of motion and especially reduced inflammation and pain after massage of an injured area. Similarly, cryotherapy and electro-stimulation have had conflicting results when it comes to injury rehab. However, both of these treatments seem to offer similar pain relief benefits to those seen from massage therapy. Cryotherapy also has quite a bit of research to back up its’ pain relief benefits. The bad news is that these treatments can be a bit pricey, but if you’re willing to shell out a few bucks it could relieve some pain associated with an acute injury.

No matter how long you take to rest a training injury, you will still need to take some time to strengthen the injured tissue before you are ready to smash the weights again. Depending on the severity of the injury, it would be a good idea to use either an eccentric resistance training or HSRT strategy. If heavier compound exercises don’t cause excessive pain, then HSRT might be a better strategy to rehab a nagging injury. More serious injuries that cause more pain may do better with lighter eccentric resistance training. If money is not an object, then strategies such as massage, muscle stimulation, and cryotherapy could be the cherry on top of your rehab efforts. Whatever the case, smart training and a bit of patience will help to strengthen the injured tissue and get you back to lifting heavy in no time!