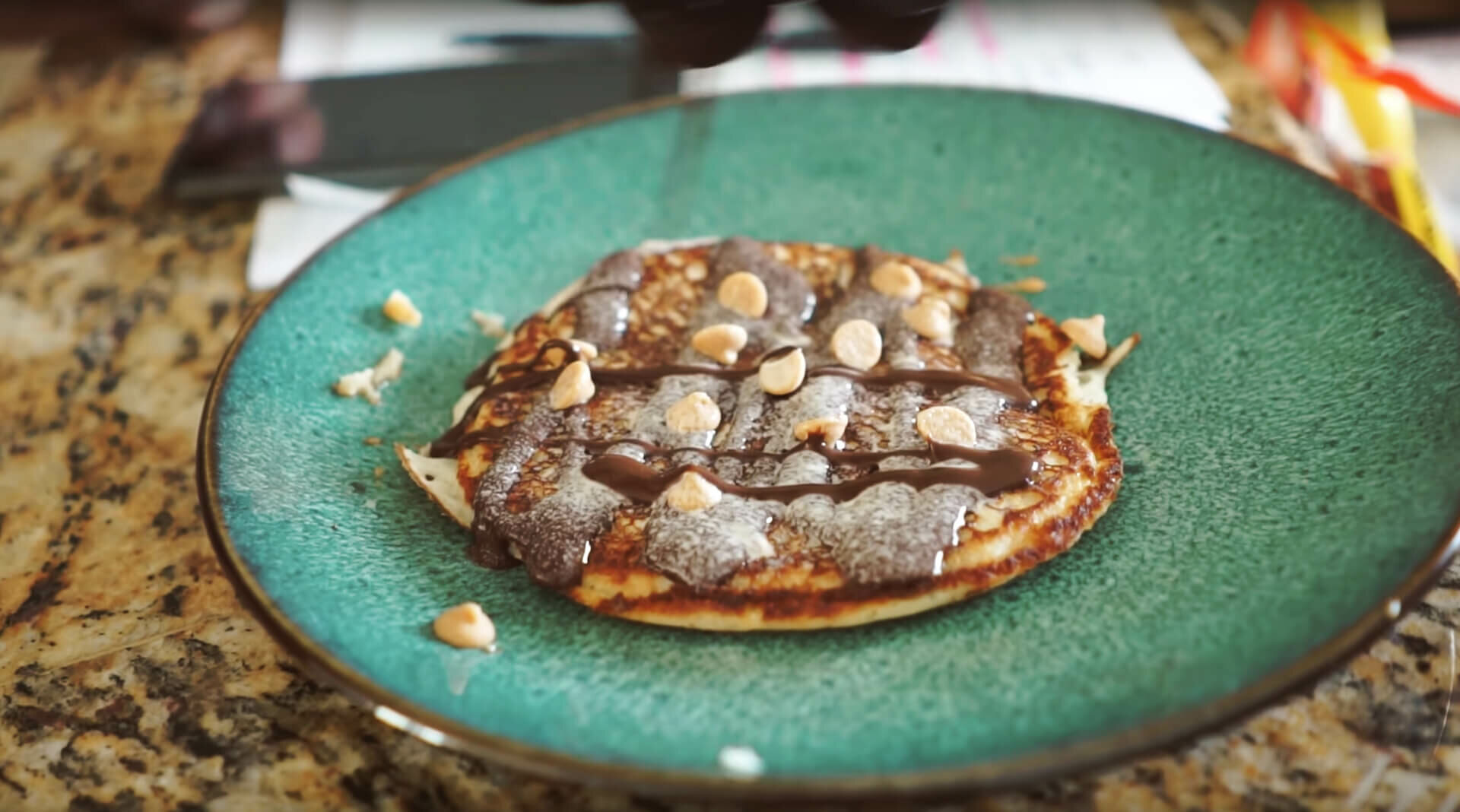 As someone who values a scientific, evidence-based approach to dieting, I understand it can get utterly draining to have conversations about weight loss and nutrition with your non-sciencey friends, colleagues, and family members. They’ll ask you for advice, you’ll give it, then they’ll come back with things like –

“But it’s the bread that makes you fat, not the butter.”

“You’re eating THAT!? I thought you were one of those health nuts?”

“Artificial sweetener? My friend Cheryl’s aunt died because she put that garbage in her coffee.”

“I was going to count calories, but I figured I’d do that new kale and alkaline water diet instead. The nutritionist on Dr. Oz said it was the fastest thing to lose belly fat.”

Look, we’ve all got our own ways of dealing with this stuff. Sometimes ignoring it is the best option; other times you want to go off on a huge long rant. But what if I gave you a different approach? How about a few simple, go-to tips to help out those less-informed folks in your social or professional circles, that explain precisely and concisely what they can do to easily cut calories and speed up weight loss in a scientifically-approved way?

This article is designed to do just that. It might even be useful for you too.

If you’ve hit a plateau in your fat loss and calories are already low, then these tips will come in handy to get that deficit going again and kickstart progress without you having to resort to extreme measures.

A calorie is a calorie, right?

Sure, everyone realizes that an Oreo milkshake with whipped cream on top is going to pack a serious calorie punch, but it’s easy to forget about the slightly less calorific drinks – things like milky coffees and fruit juices. These might not be calorie bombs, but at 100-200 calories per small drink, they can easily add up, especially if you’re having a few every single day.

If you include the calories from your drinks in your daily macros, there’s no need to cut them. However, if you’re eating intuitively, or just thinking – ‘Well my coffees and fruit juices don’t count, they don’t have that many calories’ – then it’s worth doing a stock check on exactly how many liquid calories you’re getting every day and then cutting back.

You’ve probably heard the argument from the nutritional ‘purists’ that low-fat versions of things like salad dressing, pasta sauces, and dairy products made with skimmed milk are frankenfoods, unnatural, and worse for us than their full-calorie counterparts. These guys and girls are usually the ones who claim that sugar calories are far worse than fat ones, and that the most important factor in losing weight and dropping body fat is food quality.

Trouble is, this argument just doesn’t stack up or carry any scientific clout. Once again, it’s all about calories.

Regular, full-fat dressings, condiments, and dairy products are fine if they fit your macros. But at the same time, they’re extremely calorie-dense. A serving of full-fat, Caesar dressing can contain 20 grams of fat (180 calories), while 10 oz of whole milk has 181 calories compared to 96 calories in the same amount of nonfat milk.

There’s a minor argument that full-fat products may be slightly more filling than their reduced fat counterparts, but any difference will be more than made up for when you consider that from a calorie standpoint, you’re going to be able to eat a lot higher volume of the reduced fat food for the same number of calories. You may well prefer the taste of some full-fat foods, and that’s perfectly fine if they fit your macros. However, if there are foods which you feel able to switch to low-fat versions, then go ahead and easily save yourself some calories. We’ve all heard the scare stories about chemicals –

They make you fat. They cause cancer. They rot your insides. Your body sees them as sugar. They’re more addictive than cocaine.

Everything contains chemicals, and some perfectly ‘natural’ foods contain chemicals which, in large enough amounts, can be deadly. Apple seeds contain cyanide, kale contains arsenic, and there’s cadmium in spinach. Thing is, the amount we’d have to eat to get any negative side effects whatsoever is astronomical. Just because a foodstuff contains chemicals which have the potential to be toxic in large doses doesn’t mean the food is in any way dangerous to human health.

Where these so-called ‘chemicals’ can come in handy though, is when acting as sugar substitutes. By switching to diet soda, sugar-free gum, or having sweetener rather than sugar in coffee, you can easily save a whole lot of calories.

While some folks worry about the potential health consequences of sweetener consumption, once again, they’re perfectly safe when eaten in the context of a balanced diet, and provided you don’t go to ridiculous extremes.

A study from the Journal of Pharmacy and Pharmacology concluded that –

“… the sugar substitutes are thoroughly investigated for safety with hundreds of scientific studies and then approved by different regulatory authorities like the U.S. FDA, JECFA and FSANZ [2].”

While some studies have suggested a negative effect on health, these studies have been on small sample sizes, often done in rodents rather than humans, and used extreme quantities to elicit an effect – far more than any human would consume on a normal basis.

In terms of whether they cause cancer, according to the National Cancer Institute –

Ergo – consume them how they’re meant to be consumed. Don’t start putting dozens of packets of sweetener on every single meal and you’ll be just fine, while easily saving calories.

Eating little and often to lose weight is just not necessary.

The notion stems from the idea that every time you eat, you get a slight increase in metabolic rate as your body has to burn calories in order to digest what you just ate. There’s truth in this, but the degree of calorie burn is relative to the number of calories eaten.

For example, let’s say 10% of the calories we eat are burned off in the digestion process. If you were eating 2,000 calories per day and spread these across eight meals of 250 calories each, then you’d burn 25 calories per time. 25 x 8 = 200 calories burned.

If you ate your daily calories over four meals instead, you’d have four calorie burns of 50, which also works out to 200 calories. There’s no difference.

Snacking can be many people’s downfall and cause them to consume many more calories by grazing, as well as never truly feeling full because each meal is too small. Therefore, a reduced meal frequency could be a way to cut calories and prevent mindless eating, and possibly even reduce hunger levels. The only factor to consider is that you may wish to consume protein roughly every 4-6 hours to maintain optimal muscle protein synthesis. [4]

“What the hell, Mike!? I thought these were science-backed tips, not guru, low-carb, zealot ones.”

Take a breath … I’m not advocating cutting carbs all together. But if you need to cut calories, yet you’re struggling with satiety, swapping out some rice, pasta, or potato in favor of more dark green leafy veggies can go a long way in keeping you full by giving you a greater volume of food for the same calories.

Clearly you’re still going to want to keep carbs in your diet, and ideally have some in the window around your workouts, but a few simple switches at one or two other meals of the day can be a godsend.

There’s a lot of hype around the health benefits of oil.

No one’s denying that there aren’t numerous advantages to including olive oil, coconut oil, almond oil, and similar products in your diet, but you also can’t argue that they’re not calorically dense. Most oils contain between 110 and 120 calories per tablespoon, so if you’re adding a tablespoon each time you cook up some meat, fish, or eggs, that could be an extra 200-500 calories per day.

I don’t know about you, but I’d rather have 200-500 calories from solid food rather than oil. So go with a spray bottle to coat your pan, rather than pouring it in at libitum.

Keeping willpower when dieting is never a walk in the park, but it’s even tougher when you eat out with friends.

We all know, anecdotally, that it’s harder to stick to our macros when we’ve got a menu in front of us with dozens of delicious, calorie-filled dishes. A 2017 study from the University of Pittsburgh found that there was a 60% chance of dieters lapsing when they ate out at restaurants with friends. [5]

Clearly, calories at a restaurant are no different than calories from home-cooked food, but there is a lot more temptation. Plus, you never know exactly how your food’s been cooked when eating out, and how many extra calories are in your meal by way of butter, oil, added sugars, dressings, and so on.

It’s not just diet ‘newbies’ who struggle with this; physique competitors do too. There’s no need to avoid eating out, but you might want to consider doing it a little less, or making your choice on what to order before you go, and not when you’re hungry. Oh, and factoring in an extra couple of hundred calories from a restaurant main course is never a bad idea either.

Time to Get Strict?

If you need to cut calories to get around a fat loss plateau, something’s gotta give. But that doesn’t mean the principles of flexible dieting go out the window.

All 7 points here do require a degree of strictness, but they don’t mean you have to start avoiding any particular types of food, start following a food plan, or that tracking macros doesn’t work.

It’s just that sometimes, we all need to suck it up somewhat, give up a few precious macros, and find ways to cut calories without sacrificing the enjoyment of a diet, or turning it into a complete and utter bro-fest.