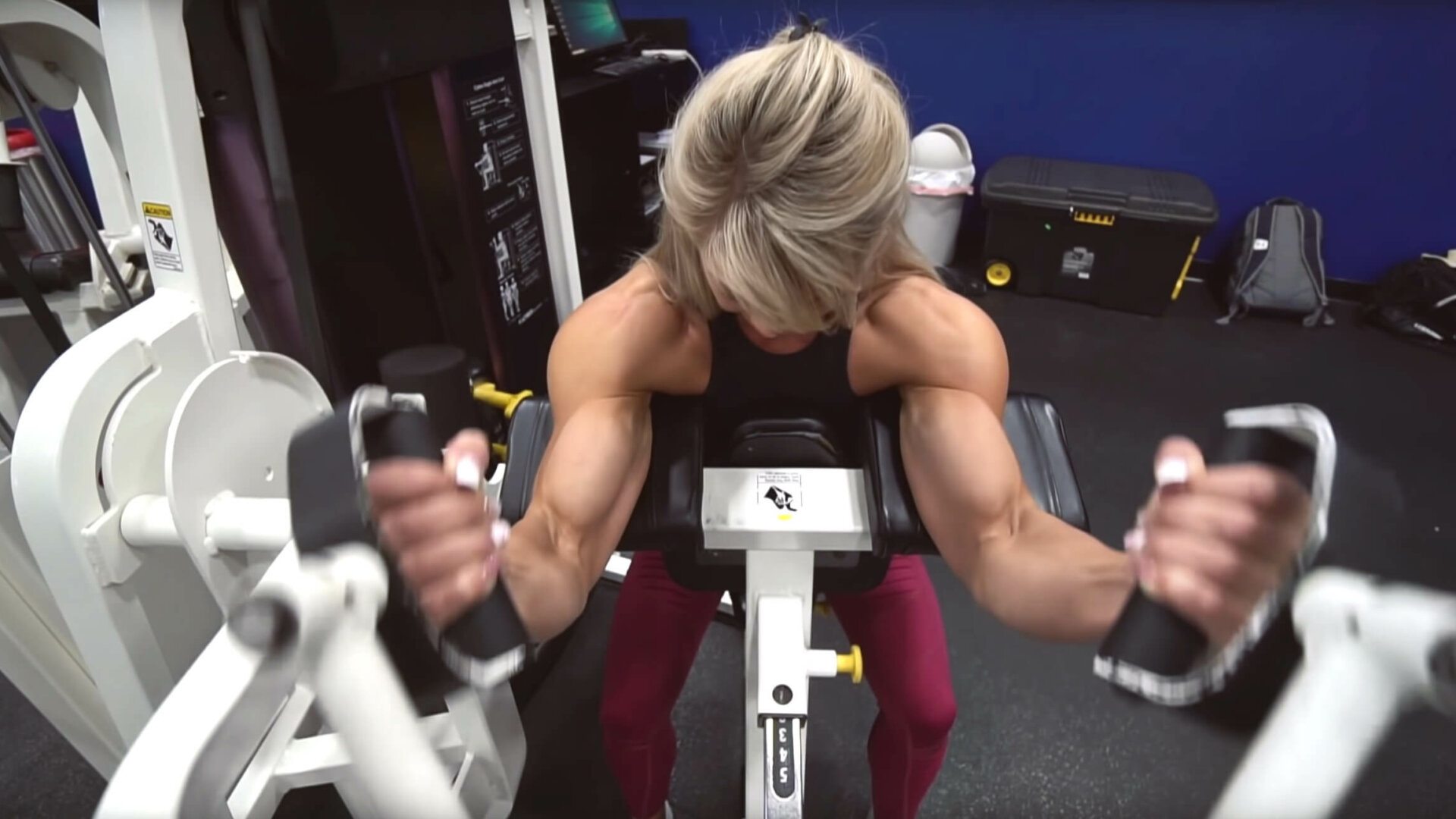 If you have been in the fitness game for a while, you are very familiar with all the fuss around pre and post workout nutrition. For years, people were very concerned with what they should do with their post workout nutrition. Whether to drink a shake, eat a meal, and how much to eat were of utmost importance. Then, people became just as concerned with similar issues surrounding pre-workout nutrition. Of course, this all stemmed from a desire to optimally fuel a workout for maximal performance and muscle gain. These days, most people opt for a high carbohydrate, moderate protein pre-workout meal.

Certainly, the conventional wisdom seems to suggest that you need to eat a meal before you work out. However, is that really the case? These days, there are plenty of people who would rather train on an empty stomach. Is their choice to train fasted robbing them of any potential gains in performance and muscle mass? Although it goes against conventional thought, training fasted may not necessarily rob you of your gains. In fact, you may find that you can be equally successful in reaching your goals whether you eat beforehand or not. The key lies in the types of goals you have and how well you structure your nutrition the rest of the day.

Why Would you Want to Train Fasted?

A lot of people tend to feel better when they have some food in their system when hitting the gym. Perhaps it’s all psychological, but these people tend to report better training sessions when they have a solid meal before training. However, not everyone feels the same way. Some people feel uncomfortable when training on a full stomach. Instead of feeling more energized, they feel tired and sluggish. The fullness in their stomach makes it harder to brace during heavy movements. Even worse, they may even feel like throwing up or using the restroom at crucial points in the workout. Having low energy, stomach pains, and having to run to the bathroom constantly don’t sound like conditions that are conducive to a good workout.

What most are concerned about when it comes to training fasted is the effect it might have on gym performance. They’ll fight through the uncomfortable symptoms because they feel that they have to eat before their workout to get the most out of their training. But is it really true that pre-workout meals help you lift weight better? More specifically, is it true that a large influx of carbohydrates will help you lift weights better? Although many people will tell you that eating a high carbohydrate meal before training will help you, the research suggests otherwise. Several studies have investigated whether carbohydrate ingestion actually results in better resistance training performance. Nearly all of them have shown that pre or intra workout carbs have no effect on resistance training performance [1][3].

When Does Training Fasted Make Sense?

As we saw above, carbohydrate intake does not seem to enhance resistance training effort. So, if you are someone who does not enjoy eating before your workout, you don’t need to fear fasted training. However, we have to remember that the subjects in these studies were not glycogen depleted before they participated in the training bout. In fact, their muscles were, technically speaking, full of glycogen before they started training. Had they been glycogen depleted, we may well have seen a significant difference in performance between the group that ingested carbohydrates and those that did not.

So, if you are a natural athlete who trains for powerlifting, weightlifting, or bodybuilding/physique and you experience indigestion or sluggishness during your workout, fasted training could make a lot of sense. It may take a bit of adjustment at first, but the research suggests no long term negative consequences of fasted training. In fact, you may actually feel that you can perform better given the absence of bloating, low energy, or stomach issues. Psychologically, it may also be helpful for you to train fasted. While we now know that fasted training or cardio does not lead to more total fat loss over time, that doesn’t mean it won’t give you a mental boost by way of placebo. Some people simply feel more accomplished when they train fasted and that value cannot be overlooked.

It is important to note that you need to make sure your nutrient intake is still adequate throughout the rest of the day if you want to continue being successful. Removing the pre-workout meal and not spreading those calories to the other meals you do eat will not get you very far.

When is it Counterproductive?

Now, these studies showed that pre-workout carbohydrate ingestion does not help you perform better during a resistance training workout. However, this doesn’t go for all types of training that you might do in the gym. It also does not cover all the conditions your body may be in when you train. So, we need to take pause before we go applying these findings to every situation. For starters, let’s talk about the training modalities in which fasted training would be a bad idea.

If you are trying to engage in cardiovascular exercise for performance reasons, fasted training is not the best option. This is especially true the longer the bout of exercise will last. Given the continuous nature of most cardiovascular exercise, glycogen and blood glucose is metabolized at a much higher rate. While a 90 minute lift may deplete glycogen by 20-30%, almost 100% depletion can occur from an intense 90 minute cardiovascular session. So, a high carbohydrate meal before, and continuous carbohydrate intake during the cardio session will do wonders for performance. This is why long distance runners will “carb up” prior to big races.

Another type of training that would take a significant hit from being in a fasted state would be mixed modal fitness. Although crossfit athletes do lift weights during their workouts, they aren’t just resting in between sets. Instead, they are often following their lifts with circuits on the air bike, rope climbs, or some other unconventional movement. Given their constant movement, mixed modal athletes burn carbohydrates more like an endurance athlete than a resistance training athlete. As such, their muscle glycogen levels can become a limiting factor. Starting off the workout with limited blood glucose and muscle glycogen is definitely recipe for poor performance in this group. So, if you decide to dabble in the mixed modal realm, make sure to eat up before your workout.

Finally, it is important to address the meaning of being fasted when training. Although you may be skipping the pre-workout meal, you likely still have enough muscle glycogen stored from past meals. If you train in the morning, the lunch and dinner you had the day before likely filled up your glycogen stores. Although you are “fasted” in the sense that you did not eat immediately before working out, your body is not in a depleted state. This is important to understand especially for bodybuilders. While fasted workouts may not be an issue in the off-season, they could be problematic during contest prep. Unlike the off-season, there are times during contest prep when you muscles may be chronically glycogen depleted to a certain extent. This occurs simply as a result of being on a hypocaloric and likely low carbohydrate diet as the contest draws closer. In this case, it likely would be very beneficial to ingest carbohydrates prior to a training session.

Having a hearty meal before heading to the gym has become common place among the fitness community. Especially in the realm of bodybuilding and powerlifting, the pre-workout meal has become a time to fit in the doughnuts, candy, and fun foods that you might not otherwise consume. After all, these quick digesting carbs are going to help you perform better during the workout out, right? Well, research has shown that ingesting carbohydrates before the workout may not be as performance enhancing as we thought. In fact, most studies show no improvement in resistance training performance after ingesting carbohydrates.

While these studies do have merit when it comes to classic resistance training under normal conditions, there are still instances where pre workout meals will be beneficial. Endurance exercise for performance reasons still requires a good amount of carbohydrate intake before and during the training bout. Similarly, mixed modal training which involves both resistance training and endurance modalities warrants a pre-workout meal as well. And while you may be fasted by way of skipping the pre-workout meal, being depleted is a different story. If you happen to be coming off a long period of fasting (several days), or you’re deep into contest prep, pre-workout carbohydrate ingestion is likely a good idea. However, under normal circumstances, going to the gym without a pre-workout meal in your body won’t necessarily rob you of your hard earned gains.