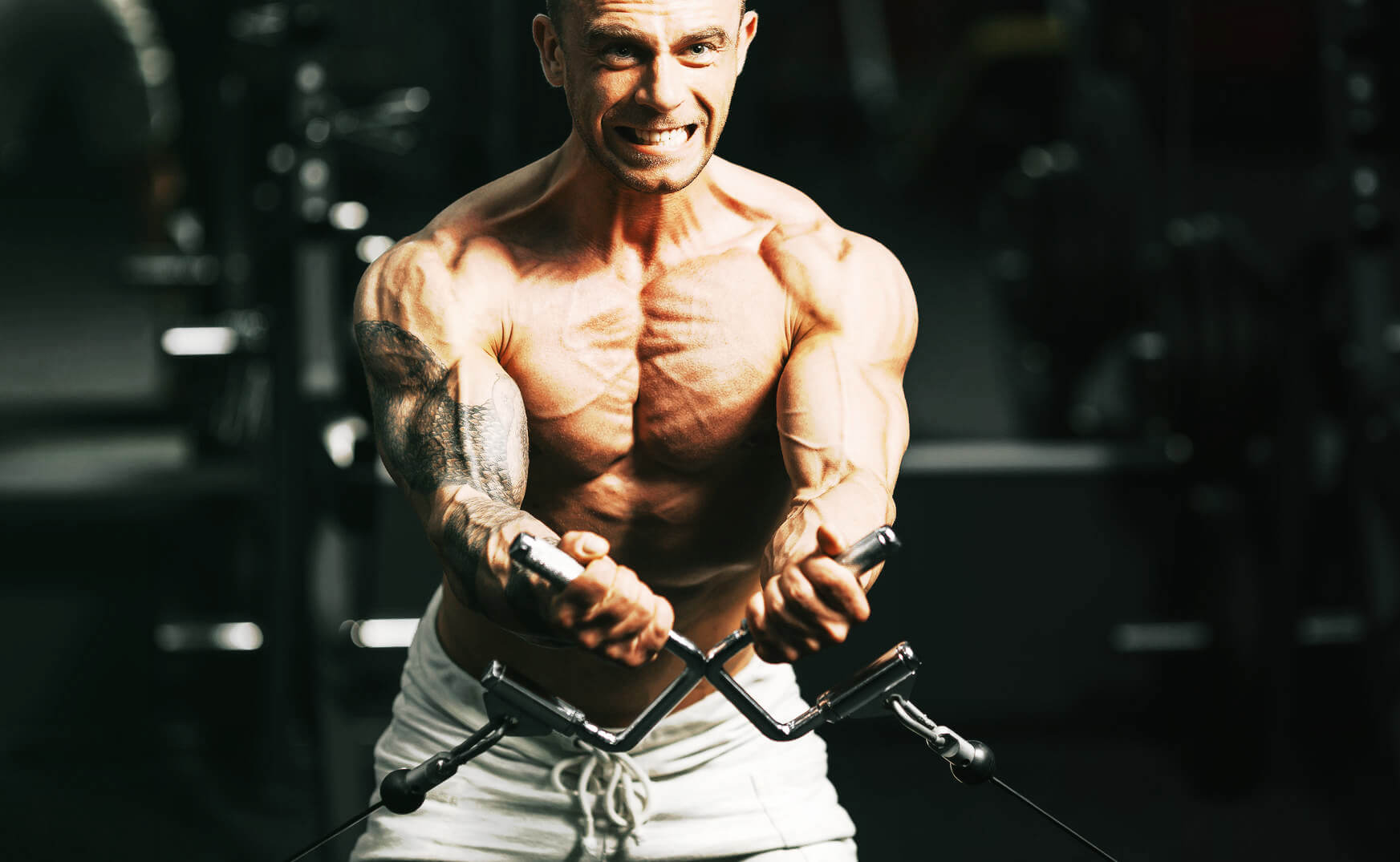 There’s a good chance you know about the anabolic potential of hormones such as Testosterone and Growth Hormone.

Studies have shown when testosterone levels are drastically elevated people can grow large amounts of muscle and even burn fat. Most remarkable of all, this can occur to a faster degree sat on your couch than a natural trainee hitting the gym 4 times a week [1][2].

These findings and the drastic results of super-physiological (i.e. above natural levels) testosterone we see in the bodybuilding community have now lead to some confusion as to the effects of natural spikes or increases.

From natural test boosters to post workout anabolic hormone spikes, many people now take the point of view that, if performance enhancing drugs such as testosterone can transform your physique in a matter of weeks, all other more natural methods to boost testosterone will do the same.

This has led to the popularity of natural testosterone boosters, along with the belief and focus on the magical “post workout rise in anabolic hormones”.

But, does it actually yield the same significance as super-physiological levels, or, is it just another principle taken out of context?

What is the Hormone Hypothesis?

The human body has a specific system, known as our ‘endocrine system’, which regulates all our body’s hormones. Combined, our hormones play a major role in health, fat loss, disease and muscle growth.

Specific for your physique, the endocrine system controls a number of ‘signaling pathways’ including PI3K, Akt, mTOR, MAPK and other various calcium dependent pathways [3][4].

While the names may sound complex, the main takeaway point is that the pathways are responsible for laying down new proteins and helping you grow muscle after your workout [3][4].

Several studies have shown that our anabolic hormones spike after a workout. Factors that affect these elevations include:

Some researchers argue that these short-term hormonal elevations are more critical to muscle building adaptations. This has led to a heated debate, with other research challenging the importance of these spikes.

In theory, our muscles are primed for anabolism (growth) after a workout, as high levels of circulating hormones can positively influence the hormonal interaction with receptors [13].

In addition, spikes in hormones may reduce post-exercise protein breakdown and fire up Muscle Protein Synthesis along with other muscle building signals, ultimately leading to greater gains or progress.

Various hormones have been shown to alter the dynamic balance between muscle growth and breakdown [14]. These include…

Growth hormone plays a role in fat metabolism and stimulates cellular uptake of amino acids into various proteins, including those in skeletal muscle [15].

Multiple studies have shown significant elevations in GH after resistance training bouts, with many people using this as a tool to promote their ultimate growth hormone spiking, fat burning workout [8][10].

In muscle tissue, some research suggests that GH prime function is to facilitate adaptations through the actions and stimulation of IGF-1 [16].

However, several researchers have argued against the muscle building role of GH, primarily based on research showing that providing additional GH had minimal effects on muscle growth in humans [17][18].

When used in conjunction with a resistance training plan, studies testing both young and old participants have failed to show any remarkable effects of growth hormone on muscle mass [19][20].

So, as it stands with growth hormone, even if a large spike does occur pre-workout, it’s unlikely to help you add muscle. For fat loss, many people claim the growth hormone rise is important, but, the significance of a 1 – 2 hour rise is highly debatable.

Insulin-like growth factor-1 is a chain of amino acids with structural similarities to insulin. Therefore, both insulin and iGF-1 have anabolic and anti-catabolic effects [21].

As we age, circulating levels of IGF-1 decrease which can partly lead to the loss of muscle mass and strength. So, although the increase in IGF-1 may not be that relevant for younger individuals, it could play a more important role as we age [24].

Last but not least is an overview on Testosterone and its effects. Men possess circulating testosterone levels that are approximately 10 times higher, which could be a primary reason why women display substantially less muscle mass [25].

Testosterone is believed to partly work because it increases protein synthesis, reduces protein breakdown and activates satellite cells. In addition, it may also contribute indirectly to an anabolic state through the release of other hormones such as GH and IGF-1 [27][28].

However, studies on short-term elevations in testosterone after resistance training have been somewhat inconsistent.

Some research has found that testosterone was elevated to a greater extent after hypertrophy or bodybuilding specific training, compared to heavier strength work [29, 30]. But, there are many factors that could have affected this, such as the training protocol. In addition, other studies have failed to find any significant differences in post-exercise elevations of testosterone [31][32].

Is there a correlation between hormones and growth?

Several research studies have investigated whether a relationship exists between the post-exercise hormones and the long-term results.

At a first glance, there was a strong correlation found between acute elevations of GH and type 1 and 2 fiber hypertrophy over 12 weeks of high-volume resistance training in 11 recreationally trained college-aged men [33].

Furthermore, in one 12-week study of “intense resistance exercise” on 56 young untrained men they found a weak (but positive) correlation between acute elevations of GH and increases in type 2 muscle fiber size [35].

However, these elevations were only about 8% of the variance in muscle building adaptations, which isn’t exactly significant in day to day results. Furthermore, the study observed that no correlations were found between the acute testosterone response and muscle hypertrophy, which as discussed, is a more potent and proven muscle builder anyway.

Despite these correlations, if you know your way around research, you will know it is very hard to draw a solid conclusion from these studies and that correlation often doesn’t equal causation. Like with many of the fad nutritional recommendations from internet gurus, it’s pretty easy to draw a correlation if you want. Here’s a good example I just made up…

While the correlation is somewhat weak, further control research has helped shed more light on this topic.

More recently, some strong, well-controlled research has started to emerge.

In one of the most interesting studies, 8 young men completed 2 separate trials of unilateral (single arm) elbow flexion (biceps) during the study. In 1 trial, only the elbow flexors were trained, whereas in the other trial, high-volume lower body training (such as squats) was added to elicit an increased hormonal response.

The results showed a marked increase in acute hormonal concentrations in the second trial. However, both trials elevated protein synthesis and cell signaling to a similar extent. Furthermore, it has been demonstrated that protein synthesis is not necessarily predictive of long-term muscle building adaptions to regular resistance training, thus limiting the scope of the findings [36].

Following this, other studies have attempted to directly investigate the hormone hypothesis.

Another study took 16 young untrained men and divided them into 2 groups: an arm-only training group and an arm plus leg training group. Both groups performed the same amount of unilateral bicep exercises, while the 2nd group performed an additional 8 sets of the leg press.

After 9 weeks, strength increased approximately by 28% more in the second group (37% vs. 9%), although the 2nd group possessed strength levels that started out 20-25% lower (i.e. there was more room for adaptations). Only strength was evaluated in this study, and not any changes in muscle mass. It is possible that the strength gains were primarily neural, and not as a result of increased muscle mass [37].

However, the upper body only training group saw very little change in hormone levels.
Despite the differences in hormones, muscle girth of the upper arms increased similarly in both groups, indicating that acute hormonal elevations may not be involved in hypertrophic adaptations.

Finally, another study employed a protocol similar to the previous study, except that leg exercise was performed before the arm curl in the 2nd group. In contrast to the findings of the previous study, greater increases in muscle cross sectional area of the elbow flexors were seen in the upper and lower training group. However, the magnitude of difference was rather small [38].

As you can see, although some studies found a very small effect or correlation, most direct research did not see noticeable benefit. But, we know these hormones are extremely anabolic, so, how is this the case?

The biggest cause of confusion can ultimately be explained by context.

As with lots of topics and myths in fitness, what applies to one situation may be totally useless or irrelevant in others.

In this instance, people mistakenly confused the muscle building and anabolic benefits of super-physiologically elevated hormones (such as injectable testosterone) and more short-term, or, much lower natural changes or increases.

For example, testosterone can be elevated by 1000% when super-physiologically doses are taken. Importantly, these levels remain constant 24/7, not just for a short 1 or 2 hour period after training. Therefore, does it make sense that a 2 hour natural increase, which may only raise hormones by 100-300% would yield the same benefits or effect?

As you can clearly see, these are 2 totally different scenarios and the effects of super-physiological doses cannot be applied to the much shorter and smaller post workout rise.

When it comes to post workout anabolic hormones, the evidence is far from conclusive. If any manipulation is beneficial, it may likely only account for 1% of your overall success. As always, it’s best to focus on the basics and stay consistent, which bring around 95% of your results.