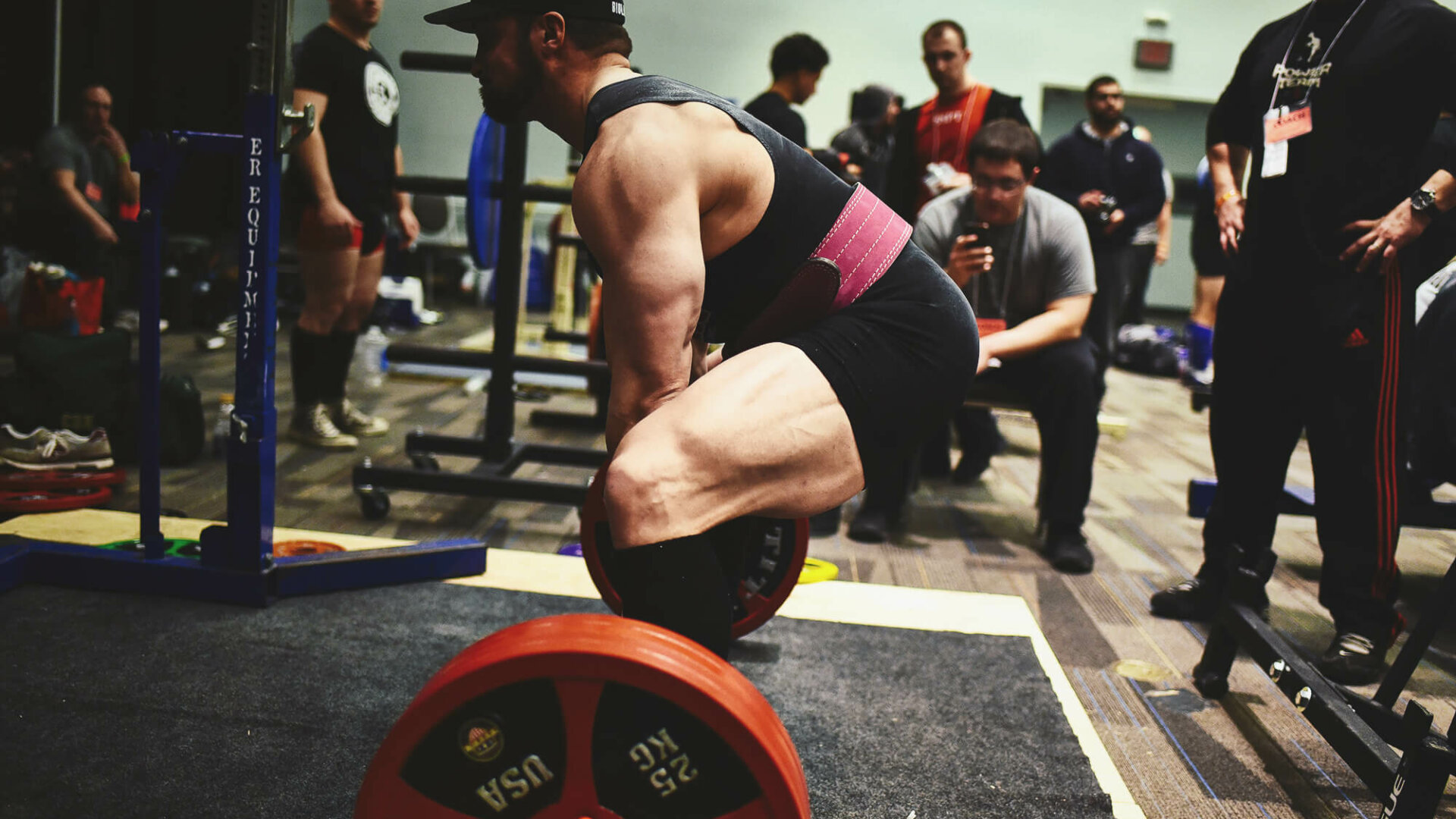 Beast Mode or Wimp Mode: Do You Need a Deload?

In a world full of hardcore attitudes and ‘no pain, no gain’ memes, any aspiring powerlifter, bodybuilder, or just someone trying to get lean and strong would be forgiven for thinking that they have to train at maximum intensity, 365 days of the year.

If the process of building a muscle involves breaking it down by causing damage, then resting and refuelling to help it repair and get bigger, then surely the more often you can repeat this process, the better?

So having a couple of days, a week, or even a few weeks off training would appear to be detrimental to progress.

If this is the case, then why are so many coaches in the industry recommending deloads?

A Deload? What’s That?

A deload is a planned recovery period in your training.

It’s not a complete break where you do nothing, or don’t touch a weight at all. Instead, it’s a short phase where you reduce volume either through reducing your loads, your sets, your reps, or a combination of all three.

The idea of a deload is to –

We’d all like to think that we can keep adding weight to the bar every single session and get stronger indefinitely, but let’s face it, that’s not going to happen. If it did we’d all be squatting, deadlifting and benching several thousand pounds.

Therefore, having lower-intensity phases in your training is a highly effective method for ensuring that you keep getting stronger, avoid chronic over-reaching and get some ‘me time’ away from the weight room.

One of the most overlooked benefits of a deload is that it makes you mentally sharper on your return.

It doesn’t matter how dedicated you are, the gym can become draining, especially if you hit a rut. By taking the odd week here and there where you deliberately make things easier, at first you feel refreshed, then as the days go by you become anxious to go lift again, and by the end of your deload, you’d sell your grandma for a chance to get back to pumping some iron.

By the time you get to train properly again, you’re amped up to lift, reinvigorated, re-motivated and ready to go.

A typical deload will involve lowering your weights by between 25 and 50% and doing the same with your sets and reps.

So if your usual workout on a Monday was –

Your deload week would probably look something along the lines of –

This isn’t set in stone. You may choose to just lower your weights and keep the sets and reps the same, or even keep the weight and the sets the same, but half your reps, so you did triples on the squat, doubles on the deadlift, and sets of 5 with your bench press.

Won’t I Lose All My Gains?

If your goal with training is just to lift the heaviest weights you can, for the most reps, and leave the gym feeling beat up every single session, then sure, go ahead and skip your deload.

If you’re in this for the long game though, and want to build a better physique, get strong and stay injury-free, then the only reason not to deload is if you’re not training hard. And I’m guessing none of you reading are going to hold your hands up to that.

You won’t lose any muscle whatsoever in a week, and if anything, your body will recover and be primed to gain when you get back to your regular routine.

Additionally, when you factor in that volume is a key factor in hypertrophy, while the deload week may in itself be a reduced volume, by taking one, you’re going to get stronger and be able to increase volume in the long-run.

Some research has also shown that an auto-regulated program, where participants were allowed to train according to their perceived strength and energy levels on the day of each workout rather than sticking to a set plan of forced progression actually lead to greater strength gains in the squat and the bench press [1].

Okay, I’m Sold. So When Do I Need to Deload?

How long is a piece of string?

It really is as variable as that, although there are some general guidelines you can look at when it comes to deloading.

Typically, a lifter should deload every four to 10 weeks.

And deload less frequently if you –

It makes sense to deload just after the peak of your training block. For instance, one might do a 4-week block where volume increases week on week, and then deload on the fifth week.

Are you planning on competing in powerlifting or bodybuilding?

Then you should deload in the week before your competition.

In powerlifting, this is known as ‘tapering’ and involves performing your competition lifts at a lower intensity than you would normally. So 5 days out you might do 3 sets of 3 with 70% of your 1RM on all lifts, then hit a couple of singles at 80% 3 days out.

For bodybuilding, a deload would be useful during peak week as this ensures you don’t have any DOMS, inflammation or soreness when you step on stage, and also acts as a way to reduce stress, which in turn can help you lose any water retention.

There’s nothing wrong with an impromptu deload either.

If you’re feeling particularly beat up or rundown, or you just have the week from hell at work coming up, provided you’re not at a critical point in your program, or in a key stage of meet prep, give yourself a week where you scale things back.

Why You Shouldn’t Change Exercises

A lot of guys and girls decide to do something completely different on a deload week, and sub out all their barbell work for dumbbell stuff, go hard on bodyweight moves, or shoot for different set and rep ranges. Typically this involves going lighter, but pushing harder, upping the reps and adding in drop sets, supersets, or performing everything in a circuit fashion.

While this may give the CNS a slight break (as your CNS is most active when lifting heavy loads or performing explosive movements) it’s not really the idea of a deload.

Drastically changing the stimulus means that you’re probably going to create more metabolite stress and muscle damage, and actually, volume can go up when doing this, if the increase in the number of reps overrides the drop in weight.

If you want to play around a lot with rep ranges, you may actually be better just beginning a new block, and seeing it more as an accumulation phase, rather than making yourself super sore on deload week, which could set you back for when you return to heavy lifting.

A Deload Doesn’t Negate the Need for Calories

One huge mistake that plenty of people make is dropping calories on a deload week.

This might seem to make sense, as a lower volume and intensity of training indicates you’re burning fewer calories, but this doesn’t quite sit right.

The actual number of calories you burn training is relatively low, with total energy expenditure from activity, which includes calories burned from NEAT (non-exercise activity thermogenesis) coming in at 15-30% of total calorie burn [2] and exercise-induced calorie burn at around 20% for active individuals [3].

Ergo, the vast majority of your daily calorie burn comes from vital functions, as well as the thermic effect of food, not training. So even if you go lighter on training for a week, there’s probably no need to reduce your calories too much, if at all.

The only exceptions to this would be if you have higher carbs or calories on training days, or use re-feed days, in which case you may want to drop your carbs and calories to where they’d usually be on a non-training day, or split the difference.

Another exception would be competitors who are in the final stages of a diet, and who need to push just a little harder with fat loss, but don’t want the added stress of extra training.

There are people out there who never deload, and are strong, lean and jacked.

But they tend to be the exception to the rule, and just because they’ve done something one way, doesn’t mean this is the right way. People often succeed in spite of what they do, not because of it.

If nothing else, see deloads as a preventative measure. They’re there to ensure you don’t get hurt, and so that you maintain long-term progress.

Training shouldn’t be about just going into the gym and beasting yourself every single session; that’s a shortcut to injury and plateaus.

It should be about making marginal gains over time, staying healthy, and creating an awesome body that lasts a lifetime.

If you want that, you need to deload.