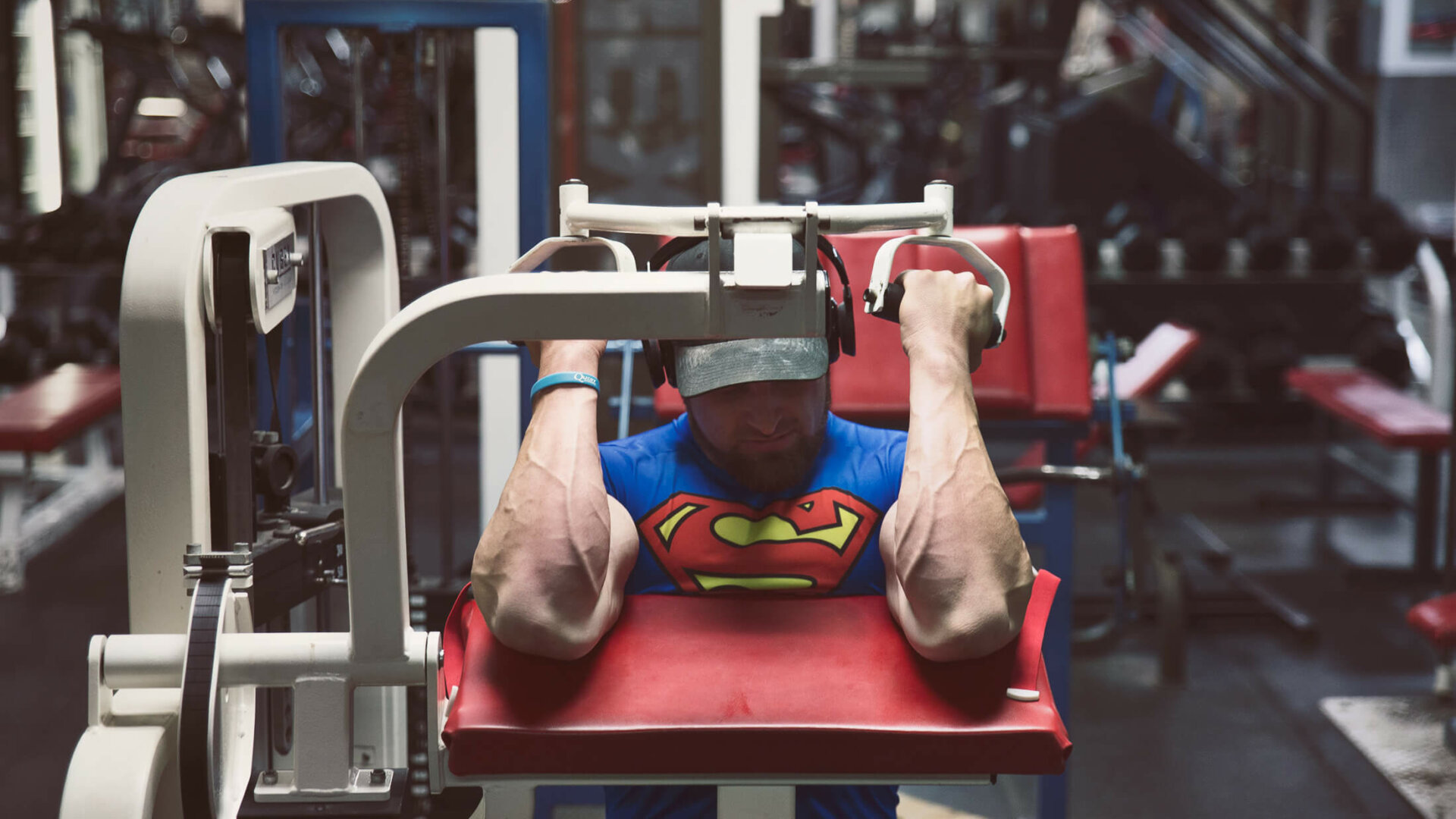 If you’re not using RPE in your training, you should be.

RPE stands for “Rate of Perceived Exertion” and is a scale designed to gauge how hard you’re working.

Initially, the basic version of the RPE scale was called the Borg Scale, developed by a Swedish psychologist named Gunnar Borg in the 1980s.

It measured feelings of strain and fatigue, and was scored based on a participant’s perception of how hard a task was. Typically, it was used when measuring cardiovascular exercise. The scale started at a level 6 (where exertion was minimal) and went up to 20, which represented maximum exertion.

Within this, several ratings were given certain headings. A level 11 for instance was classed as “very light” while a 17 was “very hard.”

The first version of the Borg Scale worked fine, but there were flaws, mainly the fact that starting at six was a little odd, and that having 15 different levels was probably more than was needed, making it difficult for the average exercises to accurately judge their effort rating.

The Birth of a New Borg Scale

The version of the Borg Scale that most lifters are now familiar with is the 1-10 RPE scale, developed by Mike Tuscherer.

Between the set numbers, you can also give half increments.
So an RPE 9.5 for instance would mean that you couldn’t have done any more reps, but might have been able to lift a tiny bit more – perhaps an extra few pounds.

Why Not Just Percentages?

Percentage-based training is great, and is a fantastic way to set up your program. However, it’s not the be all and end all.

If your workout calls for you to complete five sets of four reps on squats with 80% of your 1-rep max, and you feel absolutely lousy that day as you didn’t get much sleep, you didn’t have a good pre-workout meal, or yo were still sore from the last session, those sets are going to feel pretty terrible.

You may have to cut the reps back, and even if you don’t fail a rep, chances are your form won’t be great, you ingrain poor technique, and run the risk of hurting yourself.

Likewise, if you have a day where you feel on top of the world, and everything seems smooth and crisp, each rep is explosive and powerful, and you feel like you could set PRs, then doing that five sets of four at 80% probably isn’t going to do much for you. Sure, if you’re progressively overloading and increasing volume from your last training block, then you’ll still get stronger, but why not make the most of feeling awesome?

By manipulating your target loads based on how you feel, you’re auto-regulating your training, which is a much smarter way to do things than sticking religiously to what’s written on your program.

How to Incorporate RPEs

To get stronger and cause enough damage and overload to elicit muscle growth, most of your training should be in the 7-9 RPE range.

Going past RPE 9 and up to a 10 (or even to failure) can be majorly demanding on your central nervous system and your joints, and takes a lot out of your recovery capacity. While this isn’t overtraining per se, it’s probably best to avoid training to this level the vast majority of the time, and saving any rep failures for the powerlifting platform.

Going much below an RPE of 7 just won’t cut it though.

If you’ve set up your program correctly, used a sensible training maximum, based either off single-rep or multiple rep maximums in the gym, then by proxy, you’ll be in the 7 to 9 RPE range anyway.

That said, there will be times when you start your working sets and feel that it’s just too light, and you could knock out an extra 5 or 6 reps, or you hit the gym tired and fatigued, and the thought of the weights ahead of you strikes fear into your heart.
In both of these instances, it’s fine to tweak your working loads slightly to allow for a more sensible RPE.

The Dangers of Ignoring RPE

It’s all too tempting to embrace the mantra of “beastmode” or no pain, no gain, and try and suck it up to get through your sets on days where you feel weak.

This is all well and good, and there’s definitely a lot to be said for realizing that training shouldn’t be easy, and sometimes you do just need to grit your teeth and grind through to get the job done, but think about long-term progress:

If you get to rep 5 of a 6-rep set on the deadlift, and the last couple have been real grinders, with ugly form, where you’ve struggled to lock the bar out and maintain a neutral spine, is it really worth the risk of performing your last prescribed rep?

At best, you’ll finish the set, but the rep will take 5 to 6 seconds, and make a huge dent in your recovery the next few days (or possibly even weeks) and at worst, you’ll pull something and find yourself laid up and unable to train.

Be sensible, and recognize that:

Is This the Death of Percentage-Based Training?

Absolute, one hundred percent not.

Using theoretical percentages to form the basis of your routine is still the best way to set up a training cycle, as 80% of the time, the weights, sets and reps you’ve set up will be pretty much on the money.

But allowing yourself to factor RPE into your training gives you some leeway to move things around based on how you’re feeling.

RPEs: What’s Appropriate and When?

One Final Note: Be Honest

As lifters, our dedication, commitment, and sadistic love of tough training means we’re very poor at being honest with our RPEs.

I’ve seen people finish a squat where they nearly blow a blood vessel in their eye, their face looks like it’s about to explode, their knees cave in so far they nearly touch together and they take 8-seconds on the ascent, then rack the bar and say it was an RPE 8.

An RPE 10 is a rep you just about completed with passable form. If your technique wouldn’t have counted in a powerlifting competition, or you’d be embarrassed to post it to YouTube and have people critique it, then you’ve gone past a 10 rating. The above rep is about a 12.

Getting stronger and gaining muscle is as much about injury prevention and staying consistent than it is about grinding out terrible, ugly reps, and if you’re not using the RPE scale, you’re compromising your long-term progress.