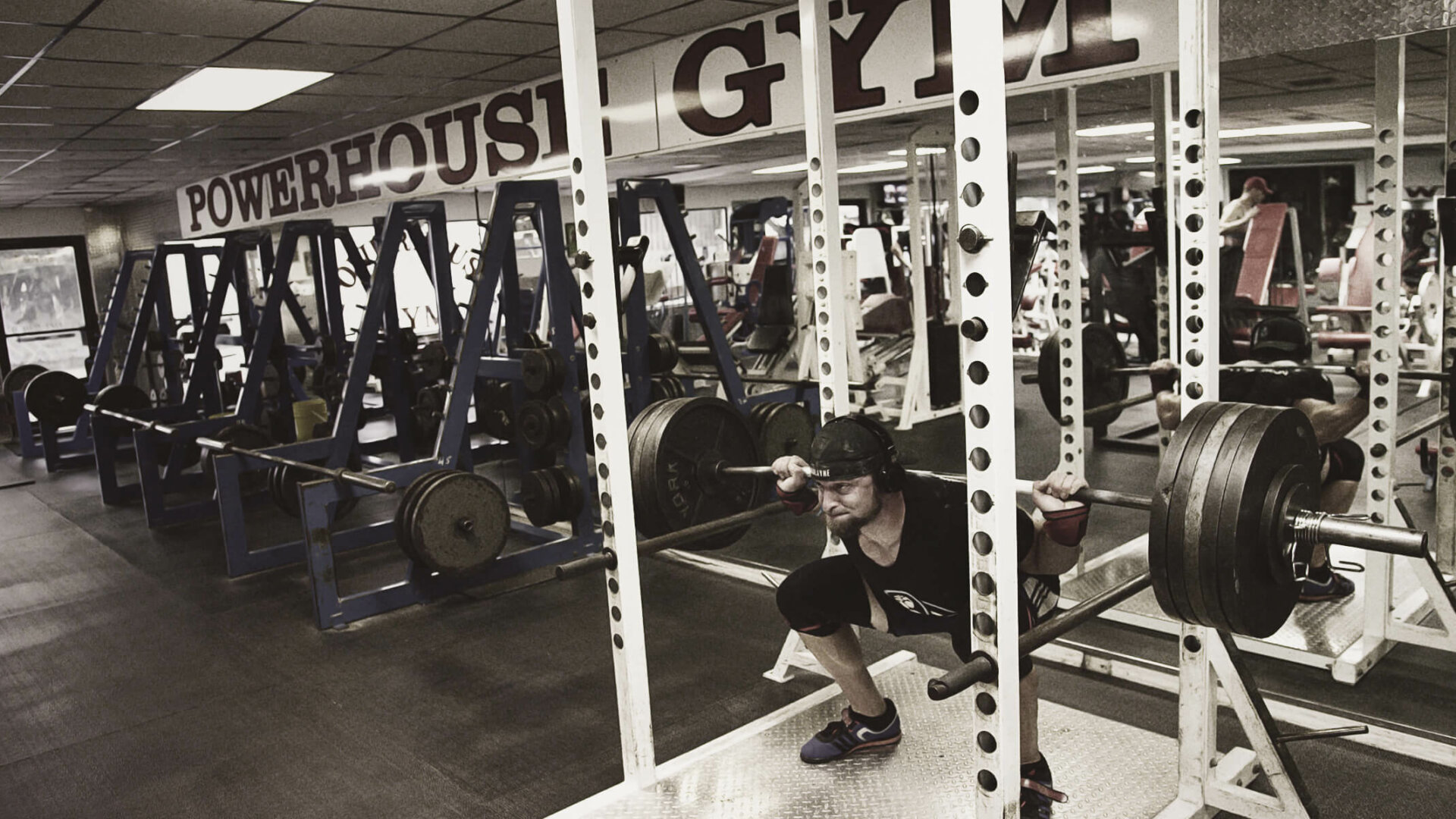 No Squat, Bench and Dead? No Problem…

A hell of a lot gets made of squats, bench presses and deadlifts. How they’re the holy grail of strength training and bodybuilding, and how absolutely everyone needs to do them. You even get some folk say that you only need these three exercises, and that everything else is secondary.

In all honesty, the big 3 are all great moves. When talking about bang for your buck, you don’t get much better. Between them, squats, bench presses and deadlifts do hit almost every major muscle group, and if you could only choose three exercises to ever do again for your lifting career, these would be a smart choice. That said, not everyone can (or even wants to) squat, deadlift and bench press.

Look – if you want to get bigger and stronger, you do need some kind of big 3 movements in your program, but they don’t necessarily have to be the barbell back squat, the conventional or sumo deadlift, and the competition bench press.

Why Would You NOT Do The Big 3?

If powerlifting is your main goal, you need to be doing the big 3 in their competition parameters. There’s no way around that. This doesn’t mean other variations can’t be used in your training cycle though. (These will be discussed later in the article.) If maximum hypertrophy is on the agenda, then doing the big 3 will definitely benefit you, but if you’ve got no desire to step on the powerlifting platform in the near future, then variations will do just fine for building muscle. Perhaps the most compelling reason for missing out squats, bench presses and deadlifts though, is if you’ve got an injury or a mobility issue that prevents you from doing them safely or without pain. There’s an argument that if this is the case, you should be rehabbing to get you back to the point where you can do them pain-free, but there’s no reason to put your training intensity on the back burner in the meantime if you can do other exercises just fine. Likewise, as mentioned, if you’re not that keen on competing, and just want to get big and strong in general, make these variations the foundation of your routine and you’ll still make progress,

When it comes to picking alternatives to the big 3, it isn’t as simple as looking at what muscle groups are worked. A back squat hits your quads for instance, but there’s no way that a leg extension will be a suitable replacement. The same goes for swapping bench presses for dumbbell flyes, or deadlifts for leg curls and pulldowns. While extensions, flyes, leg curls and pulldowns aren’t bad exercises, they’re no way near as effective as compound movements in building muscle and getting stronger.

Therefore, whatever variations you choose, they need to be:

Just because you’re doing alternatives and variations doesn’t mean you can get that funky with what you’re doing though. (And you definitely shouldn’t use BOSUs, bamboo bars or be substituting in squats on a Swiss ball.)

One of the main reason why people can’t back squat is because they complain of lower-back pain. This may be due to poor mobility or previous injury, and the potential fact that you could be leaning quite far forward with the low bar position in a squat, and thus performing a “squat morning” and putting a high degree of stress on your erectors.

Therefore, two of the best replacements for you might be:

Both of these keep your torso more upright, and rely more on the quads than the hamstrings and lower back, so potentially cause less strain.

If bad elbows and shoulders are actually the reason you can’t perform squats with a barbell, then you should try:

Not every gym will have these, but if yours does, it’s worth having a go at them. You can still get a decent load on there, but you’ll find there’s far less pressure on your wrist, shoulders and elbows.

The simple fact of handling a lot of weight is also something a lot of lifters struggle with, especially if they’re wary of old injuries flaring up, or have had knee, hip or back surgery. What you need here is a squat movement that replicates the same technique as a back squat, but is more challenging, and so requires less weight.

All the above still use virtually the same movement pattern as a back squat, but due to the pause, you’ll find you need a lot lower loads to elicit the same training response. Be strict with your pauses though, and aim to maintain tension throughout your whole body, rather than just relaxing in the bottom position. Pauses can also be incorporated with any of the other variations too.

Let’s face it, few of us know anyone who’s been lifting longer than a decade or so who doesn’t have some kind of problem doing barbell bench presses.
I’d argue that with proper technique (i.e. elbows tucked, lats and rhomboids engaged, lots of leg drive, and a tight core and glutes,) then pain during bench presses shouldn’t actually be an issue. It’s more likely crummy form that’s the aggravator, rather than bench pressing itself.

That said, if you are beat up and in need of replacement, you could look at:

Swiss bar (or football bar) presses are famed for being shoulder-friendly, as they force you to keep your elbows and shoulders tucked in, and have a neutral grip, which is generally kinder on your shoulder joint.

Paused bench presses work in the same way as paused squats – be super strict on the pause, and have a partner count it if possible. The longer the pause, the less weight you’ll be able to use, and so if going heavy generally results in you getting injured, make paused pressing a main movement, as it’s still got a huge carryover to your regular bench. Plus, if you are competing, then the judge’s call for the pause and press in contest will feel like a breeze if you’ve been practicing with long pauses in your workouts.

Seeing as the triceps should be a key player in benching, it makes sense to include close-grip presses in your program anyway, but they serve as a fine alternative if
you’re having any pec or shoulder issues. You don’t need to go too close – moving your hands to around two-thirds of their normal distance apart will work perfectly. Just focus on keeping those elbows tucked.

Flat dumbbell presses are more of an accessory movement than a replacement, but they still serve a purpose, provided you do them as you would a normal bench press. That means driving your feet into the floor, keeping your elbows tucked, your lats and glutes turned on, and with a slight pause at chest level.

90% of lifters who can’t pull heavy in either a conventional or sumo stance will say it’s because of back issues again. In which case, it comes down to finding a deadlift variation that’s still tough, but where lighter weights aren’t necessarily easy.

With the paused deadlifts, the aim is to move the bar just an inch or two off the floor, keep everything engaged, your lats and rhomboids tight, glutes and hammies switched on, and then complete the pull forcefully after a 1 or 2 count.
The deficit for deadlifts doesn’t need to be too high, otherwise the form can differ too much from your conventional pull, but standing on a 45-lb plate, or even a low step or box can work just fine.

With banded deadlifts, the aim is not necessarily to load up the bar and pull your maximums, but to go relatively heavy, and lift with speed and power in mind.

Some folks just struggle straight up with mobility required for deadlifting from the floor, in which case you’re looking at:

The trap bar is a more quad-dominant version of the deadlift, and resembles a reverse squat, but still has carryover. That, plus the fact it’s easier to get into position for means it’s a solid switch for anyone coming back from injury, or just starting out with deadlifting, but currently lacking adequate mobility to deadlift safely.

Block and rack pulls work, but it’s easy to abuse them. The aim is NOT to load up as many plates as you can, secure your lifting straps around the bar so tightly your hands go white, bend over and do some ugly-ass shrug/ back extension combo. Set up with the plates a few inches off the floor (or with the bar just below your knees as the maximum starting point height) and try to replicate your normal deadlift form as closely as possible.

The way you set up your training cycle doesn’t need to be all that different from how you’d usually program. If you’re planning on using the alternative big 3 for any length of time (and you’re able to)  it’s worth doing a 1-rep max test before you start a block to get an accurate idea of what loads you’ll be shooting for. If not though, simply make an intelligent guess as to what your maxes are. From then, you can implement these into whatever routine you’re currently doing, though preferably one that involves undulating rep ranges and loads on a regular basis. The key thing to remember is that if you intend on competing in powerlifting at any point, you will need to reintroduce the competition lifts before your meet, so that you become accustomed to the commands and movements, and can prepare properly for the big day.